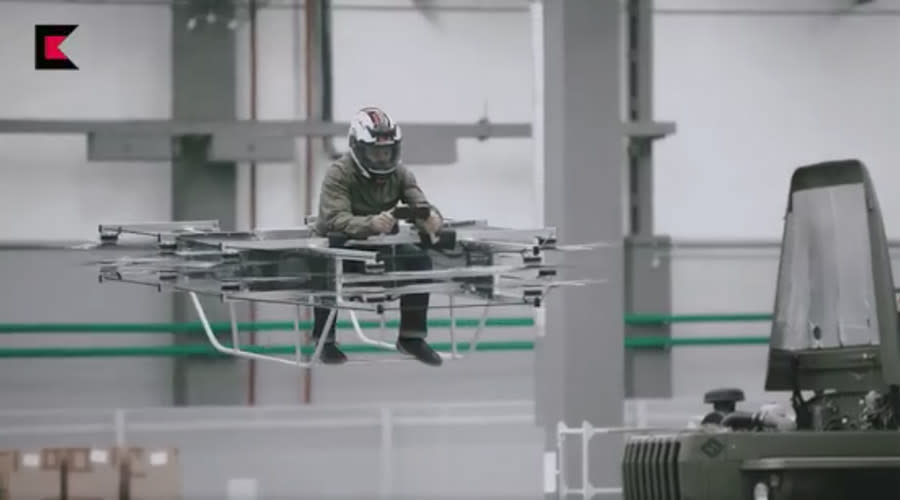 Popular Mechanics reports that a Russian defense company has developed a flying vehicle that took to the air earlier this week as manufacturers demonstrated what it can do. The hovercraft, built by Kalashnikov Concern, gets its lift from 16 sets of rotors and appears to run on battery power, not fuel. It's likely that a future version of this vehicle might be used by military as Kalashnikov is already involved in the production of guns and ammunition as well as combat vehicles and automated gun systems.

Aside from the rotors, the vehicle has a seat, joysticks for maneuvering and a metal skeleton but not much else. There's no cover as of now, but the video below shows a shell added on, suggesting that it's an addition planned for future prototypes.

Having small, flying vehicles like this one is appealing to military. They could, in theory, be used for similar sorts of missions as helicopters but with much lower costs and less intrusion. The US military has been working on its own hoverbike with Malloy Aeronautics, which they showed off in a successful flight demo earlier this year. And outside of military applications, Hoversurf has been working on a hoverbike intended for civilian use, though that one looks at little scary.

Kalashnikov's doesn't look particularly scary, but it does look a little windy -- that shell would definitely be useful. Check it out in the video below.