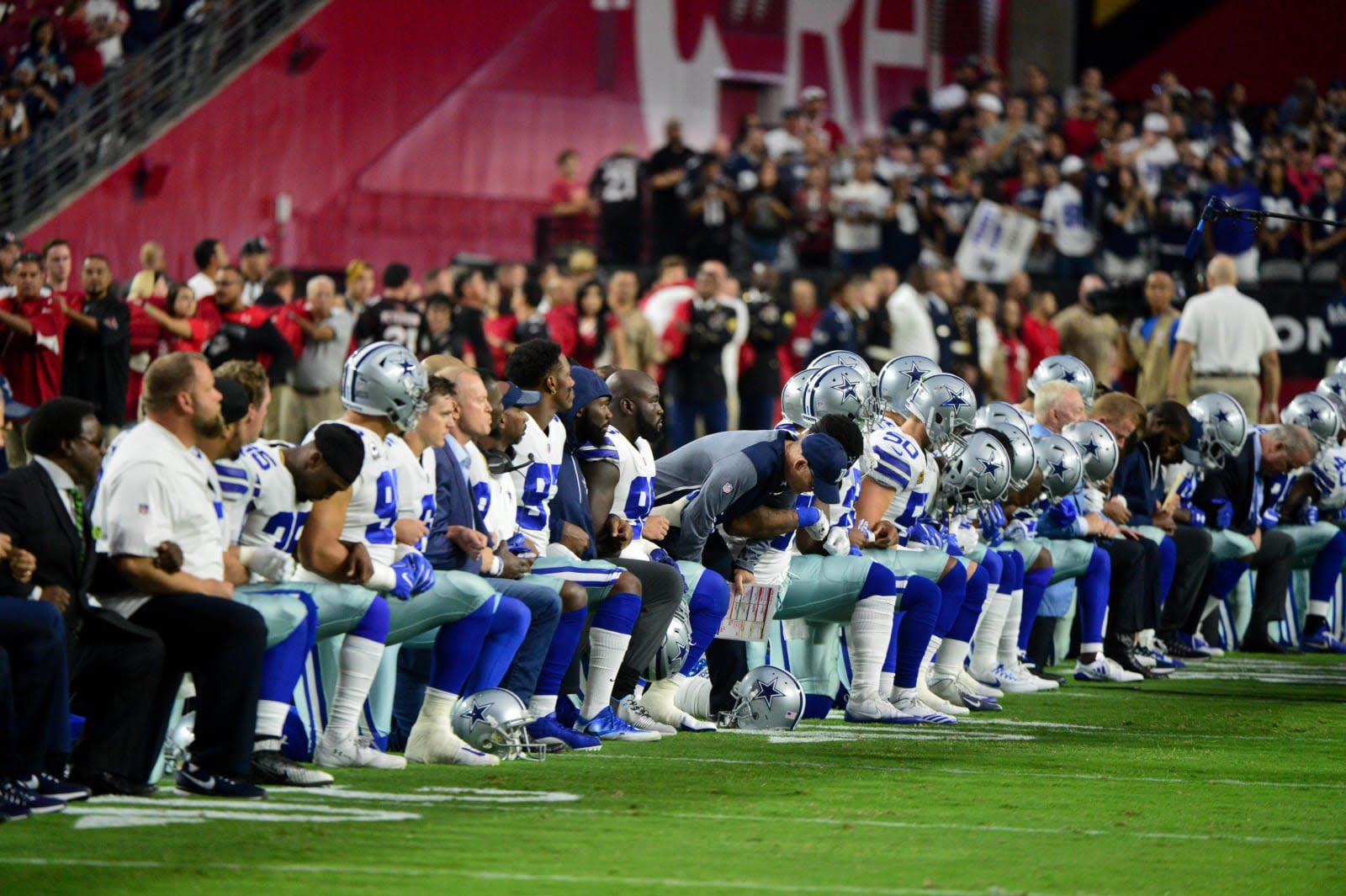 Once you subscribe to DirecTV's NFL Sunday Ticket package, usually you're locked in. According to their support site, no cancellations are allowed once the regular football season starts. But in an unprecedented move, The Wall Street Journal reports the satellite broadcaster is offering refunds to fans -- a $280 value -- if the reason for cancellation is players choosing to kneel during the national anthem, protesting injustices against people of color in the US.

The policy here isn't clear: The Wall Street Journal reported that the representatives they talked to had various interpretations of how the refunds actually work. It's possible that it's a full refund; it also could be prorated for the remainder of the season. The policy could also only apply to certain subscribers or plans. Yet more representatives said that there was no refund policy at all. We've reached out to DirecTV for clarification.

However, some subscribers have confirmed that they have received refunds for their subscriptions. Chris Baker, one such customer, told The Wall Street Journal that the representative he spoke to "insinuated there was a high volume of calls calling into cancel."

On Friday, the president stated during a speech that players should be fired for kneeling during the National Anthem. The NFL has so far been supportive of players' right to express their opinions, but it's unclear whether they'll maintain that position once it starts affecting the sport's revenue.

In this article: att, av, directv, entertainment, nfl, sundayticket
All products recommended by Engadget are selected by our editorial team, independent of our parent company. Some of our stories include affiliate links. If you buy something through one of these links, we may earn an affiliate commission.