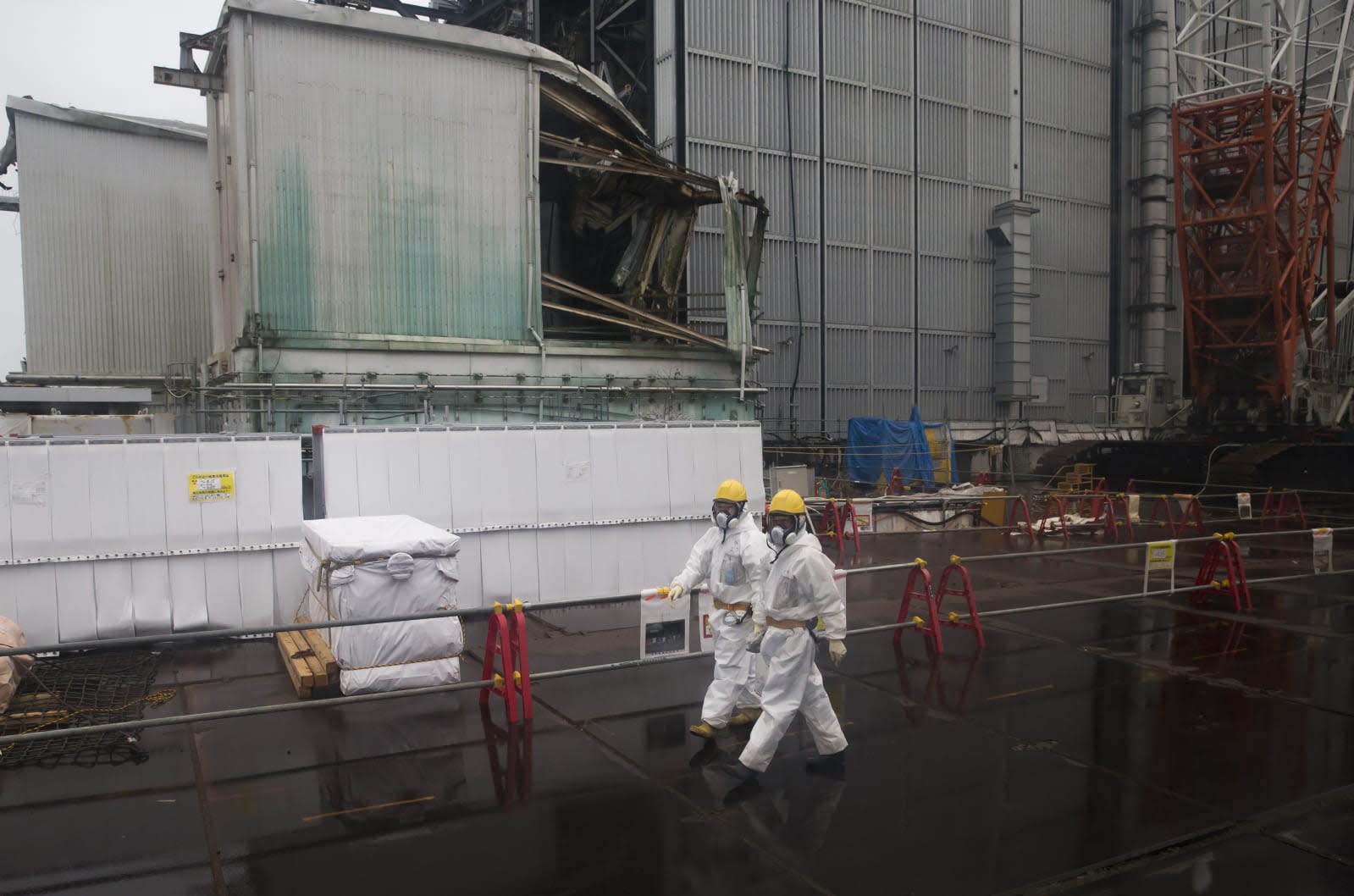 There's been another delay in the plan to clean up the Fukushima nuclear plant. The Japan Times reported today that the country's government approved another revision to the cleanup schedule that will push removal of radioactive fuel rods from reactor Units 1 and 2 three years further down the road. This latest delay, which is due to newly uncovered damage in the storage pools, means that the cleanup is now six years behind schedule.

Along with developing a safe plan for removing radioactive fuel rods and melted fuel, even just getting a good look at the state of the reactor units has proven to be pretty difficult. In February, it took just two hours for extremely high radiation levels in the reactor's Unit 2 to destroy a robot sent in to clear debris and locate melted fuel. A second robot sent in a few days later also failed, though it was unclear whether that was due to radiation or the debris. In July, another robot fared a little better, snapping pictures of some melted fuel below Unit 3.

While fuel rod removal in Units 1 and 2 is now scheduled for 2023, debris removal in those units is still planned to begin in 2021. Unit 3 rod removal is expected to take two years to complete and is still scheduled to begin in 2018, though Tokyo Electric Power Company Holdings -- the plant operator -- then has another major issue to deal with. It still doesn't know what it's going to do with all of the radioactive waste that starts to come out of the plant next year during cleanup. Decommissioning is expected to take 30 to 40 years to complete.

In this article: CleaningRobot, Fukushima, gadgetry, gadgets, gear, green, NuclearFuel, NuclearPower, radioactive, robots, waste
All products recommended by Engadget are selected by our editorial team, independent of our parent company. Some of our stories include affiliate links. If you buy something through one of these links, we may earn an affiliate commission.