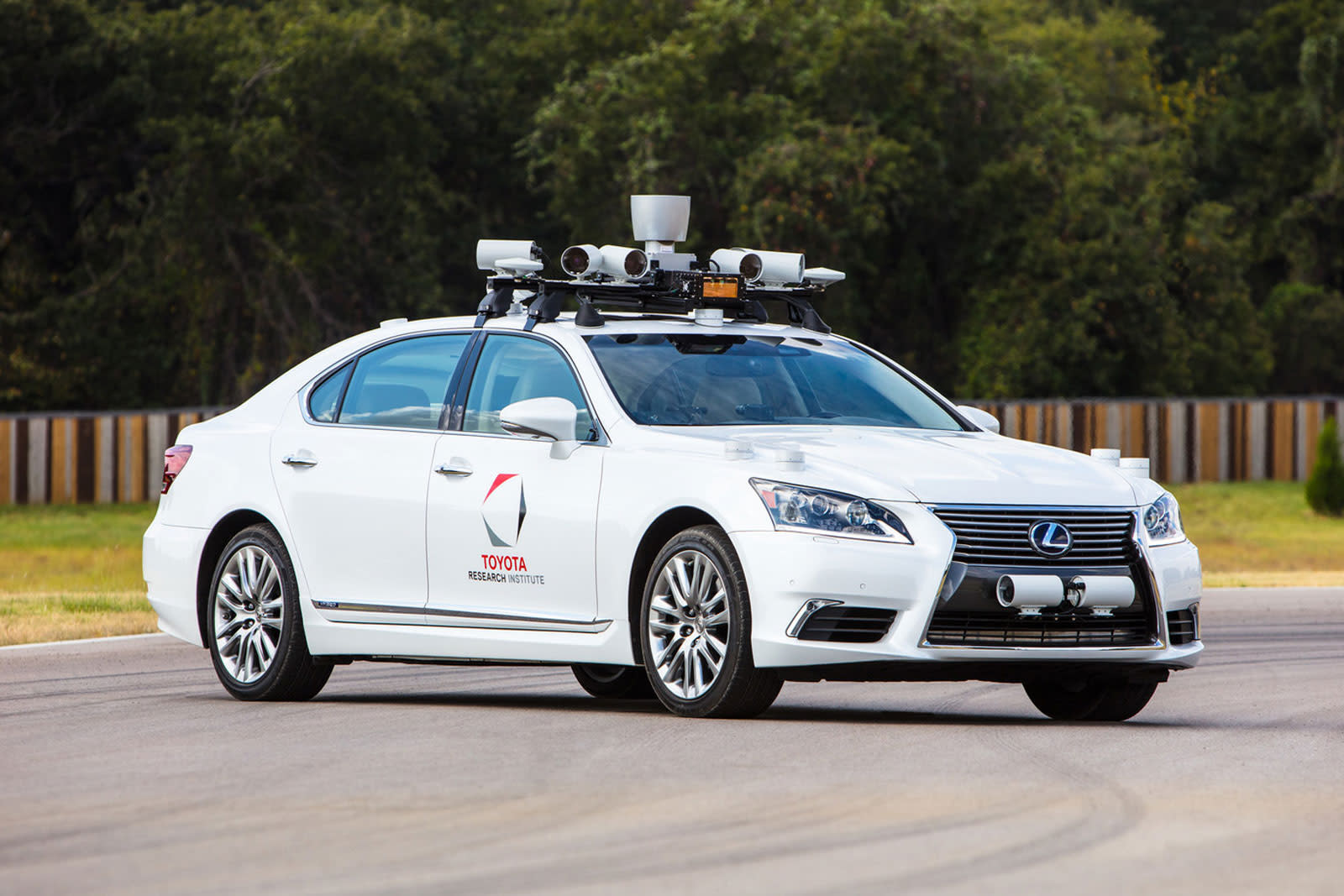 Toyota barely unveiled its second-generation self-driving testbed half a year ago, but it's already back with an update. The automaker is showing off a Platform 2.1 research vehicle that has made some big technology strides... including some unusual design decisions. The biggest upgrade is an awareness of its surroundings: the modified Lexus is using new lidar from Luminar that not only sees further and maps more data but has a "dynamically configurable" field of view that focuses its attention on the areas they're needed most. There are also new deep learning AI models that are better at spotting objects around the car as well as predicting a safe path.

The cabin is where it gets a little odd. There's now a unified approach to showing the level of autonomy in the car, but there's also a second steering wheel on the passenger side of the car. Why? It's to both improve research and safety, Toyota says. It helps the team study more graceful methods of shifting control between AI and human drivers, and aids in developing algorithms that learn from veteran human drivers to teach rookies. Also, the company's James Kuffner tells The Verge that the second wheel lets an observer take over from a wayward car without having someone in the driver's seat.

The second unveiling this year suggests that Toyota doesn't want to be seen as sitting out the transition to self-driving cars. BMW, Fiat Chrysler, Tesla and others have all either struck deals for practical autonomous vehicles or have made it clear that their technology will show up in shipping cars at some point in the years ahead; Toyota is clearly in that latter camp. It's still early days, though, so don't expect to buy a Camry that drives itself anytime soon.

In this article: ai, autonomous, deeplearning, gear, lexus, lidar, ls600hl, luminar, machinelearning, prototype, robots, self-driving, toyota, toyotaresearchinstitute, transportation
All products recommended by Engadget are selected by our editorial team, independent of our parent company. Some of our stories include affiliate links. If you buy something through one of these links, we may earn an affiliate commission.