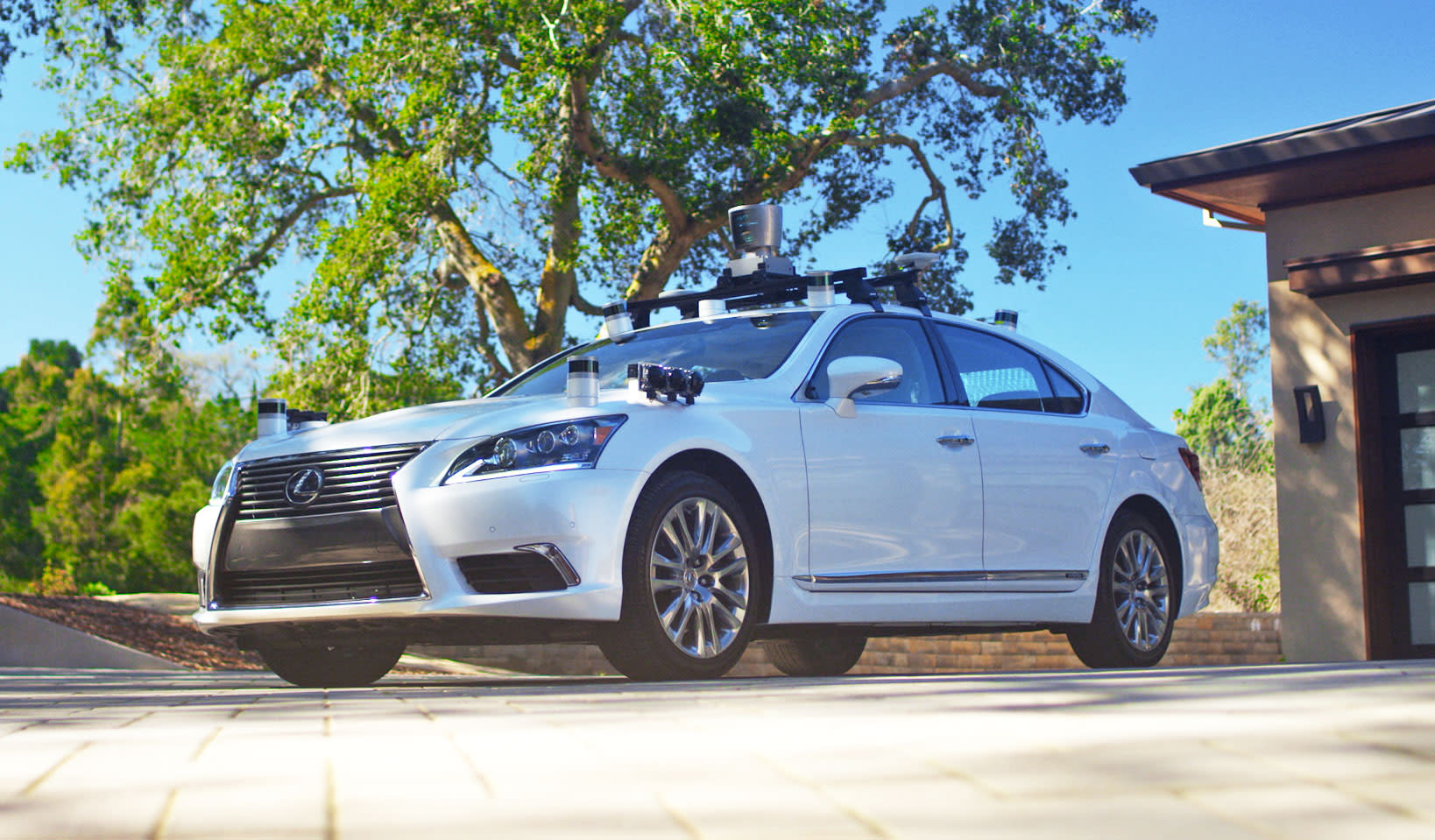 Way back in 2013, Toyota showed off its self-driving testbed for autonomous vehicle features like safety braking and automatic lane control. Now, the company is pulling the dust sheets off the second-generation of the ride, which is designed to do a whole lot more. The Toyota Research Institute 2.0 Advanced Safety Research is the first that the company can say was built entirely in-house.

The technology has been built on top of a current-generation Lexus LS600hL, kitted out with layered and overlapping LIDAR, Radar and camera sensors. This, paired with machine vision and machine learning, should reduce the car's dependency on high-definition maps that may not yet exist. In addition, the system will learn from your, and other commutes made by Toyota vehicles, to get a better understanding of driving.

Toyota is hoping that the new testbed will help its researchers develop both of its visions for the future of self-driving cars: Chauffeur and Guardian. Chauffeur, as the name implies, is a fully-autonomous ride that operates at level five of the SAE standards for autonomous vehicles. Guardian, meanwhile, is a proactive driver-assist system that'll just step in where necessary to avoid crashes.

In 2015, the company boasted that it thought it could do away with human input from its cars by the year 2020. That's less than three years away, so the company's going to need to log a lot of miles on its new test mule.

In this article: gear, Lexus, LexusLS600hL, SafetyVehicle, SelfDriving, Toyota, transportation
All products recommended by Engadget are selected by our editorial team, independent of our parent company. Some of our stories include affiliate links. If you buy something through one of these links, we may earn an affiliate commission.