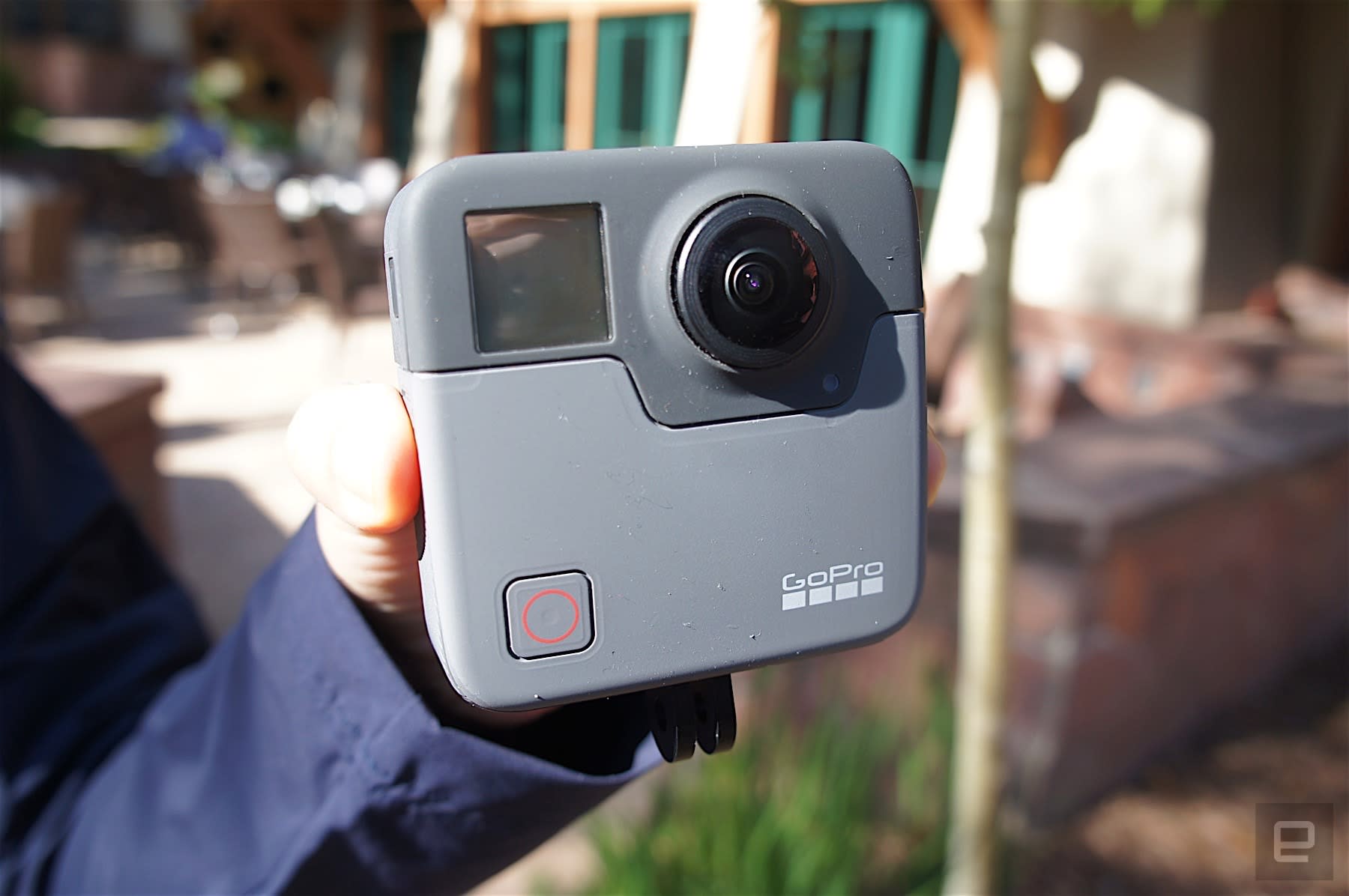 We've been hearing a lot about GoPro's Fusion 360 VR camera. Now we have availability and pricing details for you, thanks to an event in San Francisco today. It will ship in November, and the price is $699.

The company teased the Fusion back in April, touting it as "six GoPro cameras fused into one" for 360-degree capture in 5.2K resolution. GoPro has partnered with several organizations, including Fox Sports, USA Today, Getty Images and Accuweather, to test out broadcasting with the spherical camera in a pilot program.

The Fusion's specs are impressive: Its six onboard cameras can capture VR and non-VR in 5.2K resolution, with 360-degree audio. It also has an OverCapture feature that "punches out" a regular image from a spherical photo and onboard stabilization features allow for smooth capture. The Fusion works with the GoPro app and the camera is waterproof up to 16 feet. Perhaps one of the more important specs is the company says its compatible with most GoPro mounts. As you might expect, Bluetooth, WiFi, GPS, an accelerometer, gyroscope and a compass are all included. There's a lot to unpack here, but at least you'll be able to get your hands on one in a matter of weeks.

In this article: cameras, gear, gopro, goprofusion, vr
All products recommended by Engadget are selected by our editorial team, independent of our parent company. Some of our stories include affiliate links. If you buy something through one of these links, we may earn an affiliate commission.