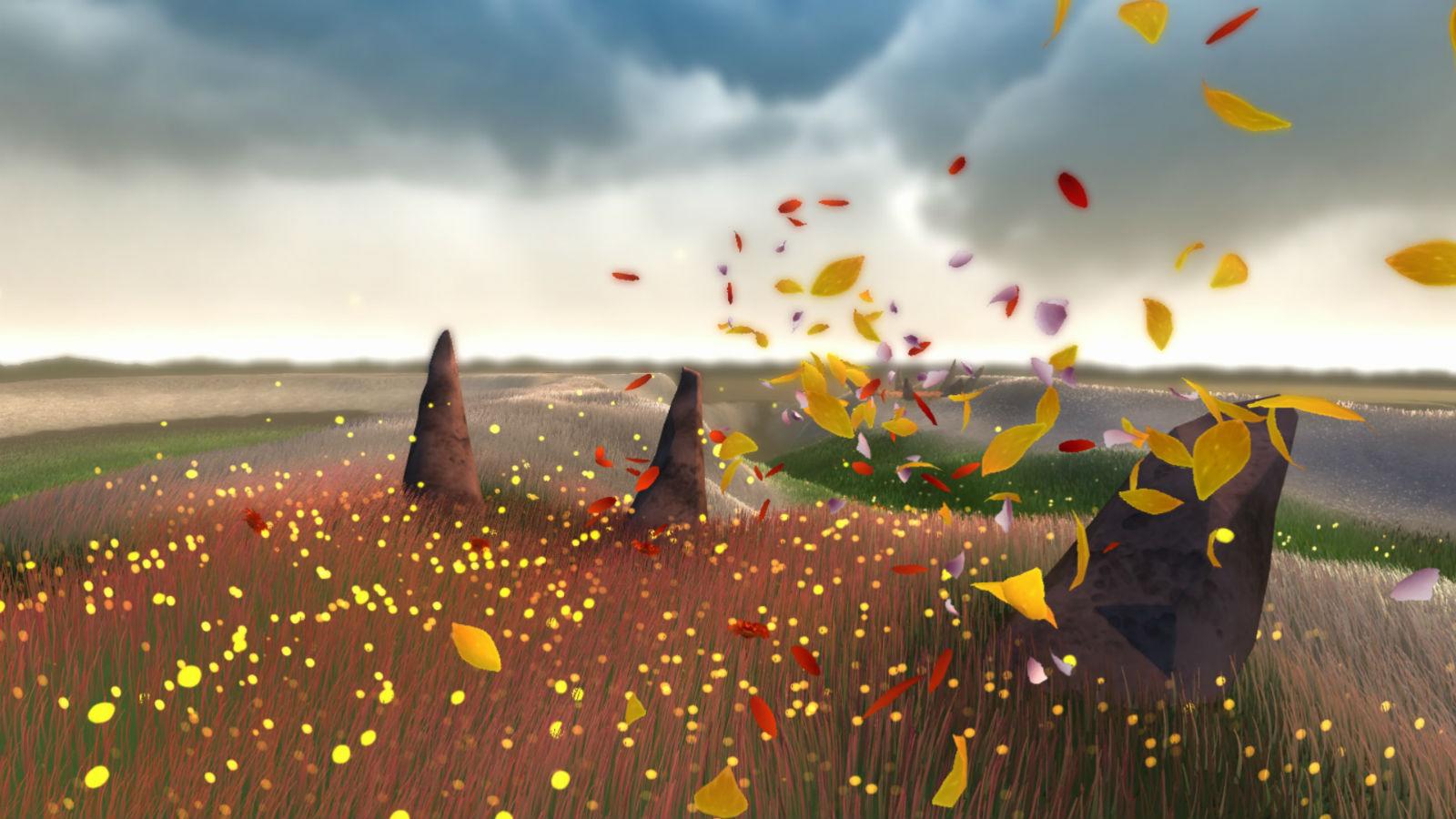 Earlier this month, Apple announced that it had snagged exclusive rights to the next game from indie studio Thatgamecompany. Sky (described as a "romantic social adventure game") will be an Apple TV exclusive. But, there's more to the relationship between the two firms. On Thursday, the developer revealed its given its indie classic Flower the iOS treatment. The game is now available on the App Store for iPhone and iPad, priced at $4.99.

Flower involves players interacting with its environment in unique ways. Taking control of the wind, you're tasked with guiding a flow of petals around various landscapes and lush backdrops. Like its PS4 and PS Vita versions, Flower for iOS uses motion controls, which in the case of the iPhone and iPad is as simple as tilting your device in the direction you want to go. Thatgamecompany claimed the game's primary function is to arouse positive emotions in the player. Therefore, it's probably not the type of title you'll end up rage quitting (after all, a smashed iPhone 8 would be way more upsetting than a broken gamepad).

The game received unanimous praise upon its release as a PlayStation Network exclusive in 2009. And, it went on to win a number of awards, gaining recognition from BAFTA, the Game Developers Choice Awards, and Dice.

Although it seems to be inching closer to Apple, Thatgamecompany began life as an exclusive developer for Sony Computer Entertainment. During its stint with the gaming giant, it released three celebrated titles for the Playstation Network: Flow, Flower, and Journey. The latter's lengthy development process bankrupted the indie studio, but it managed to get back on its feet by raising millions of dollars in independent funding. Despite co-founder Jenova Chen previously stating that his firm's next game would be multi-platform, Sky is currently slated as an iOS exclusive.

In this article: apple, av, flower, gaming, IndieGame, IndieGames, IndieGaming, ipad, IpadGame, iphone, IphoneGames, IphoneGaming, mobile, thatgamecompany
All products recommended by Engadget are selected by our editorial team, independent of our parent company. Some of our stories include affiliate links. If you buy something through one of these links, we may earn an affiliate commission.