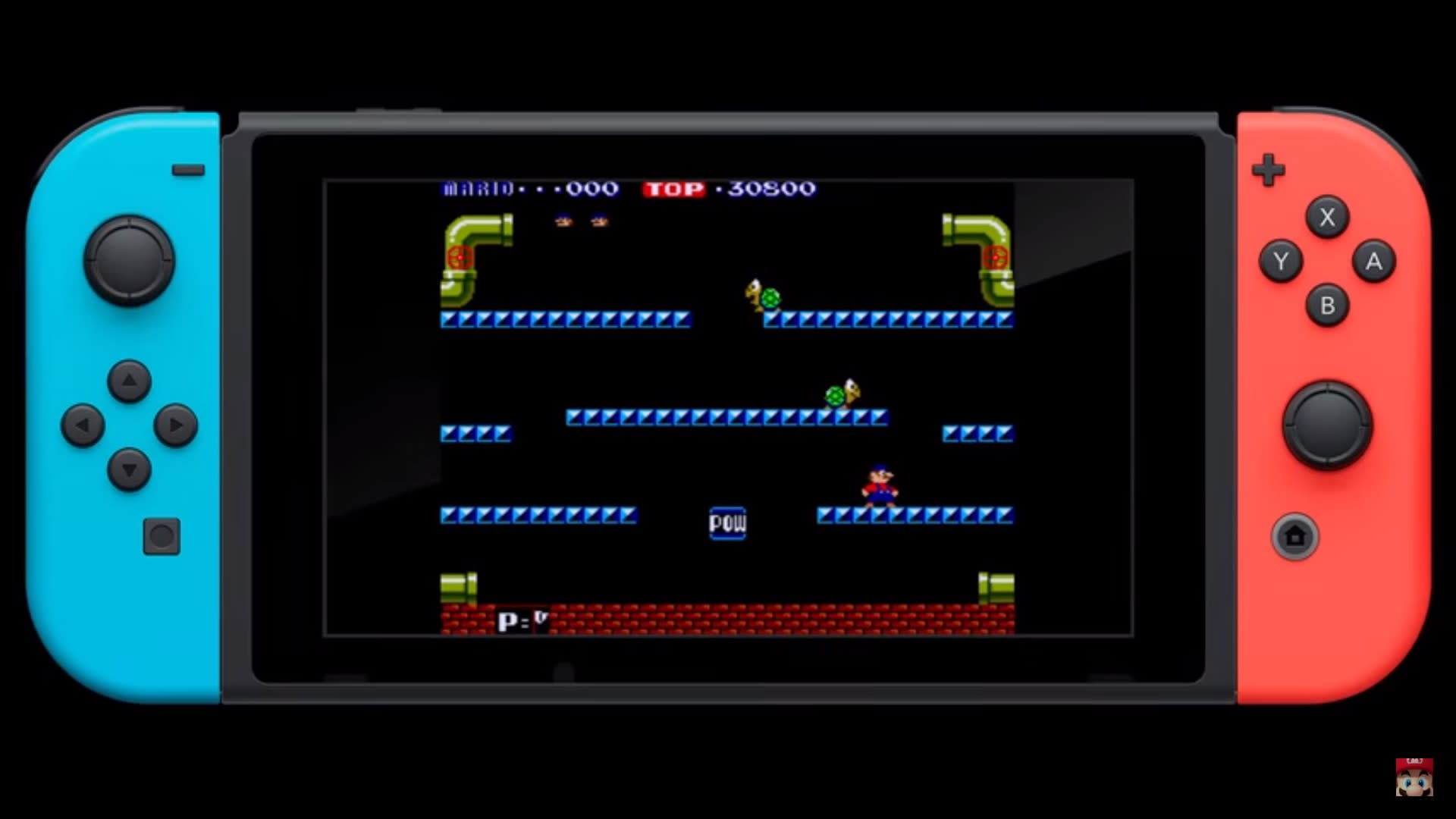 Nintendo has added the first classic game you can buy on the Switch Eshop: The original Mario Bros (the arcade game, not the NES platformer). The title was announced during Nintendo Direct earlier this month as the first of several quarter crunchers headed to the Switch. It's not the Virtual Console that Nintendo fans have wanted on the company's flagship system, but it's something.

The original arcade Mario Bros. features the titular brothers hopping around an unchanging screen as monsters pop out of sideways pipes. One or two players can grab a Joy Con each to control Mario and Luigi, respectively. Remember that you couldn't hop on Goombas to kill them in this version: You've got to punch the ground from underneath enemies to flip them, then boot them before they get back on their feet.

Technically, Nintendo didn't bring it back -- you can thank Hamster, the same developer that's been resurrecting Neo Geo titles under the 'Arcade Archives' banner on other consoles for years. You can snag Mario Bros for $8 in the Switch Eshop. As Gamespot points out, we saw other arcade classics in this month's Nintendo Direct that'll be coming to the Switch, including Vs. Super Mario Bros., Vs. Balloon Fight, Vs. Ice Climber, Vs. Pinball, and Vs. Clu Clu Land.

In this article: av, gaming, MarioBros, nintendo
All products recommended by Engadget are selected by our editorial team, independent of our parent company. Some of our stories include affiliate links. If you buy something through one of these links, we may earn an affiliate commission.