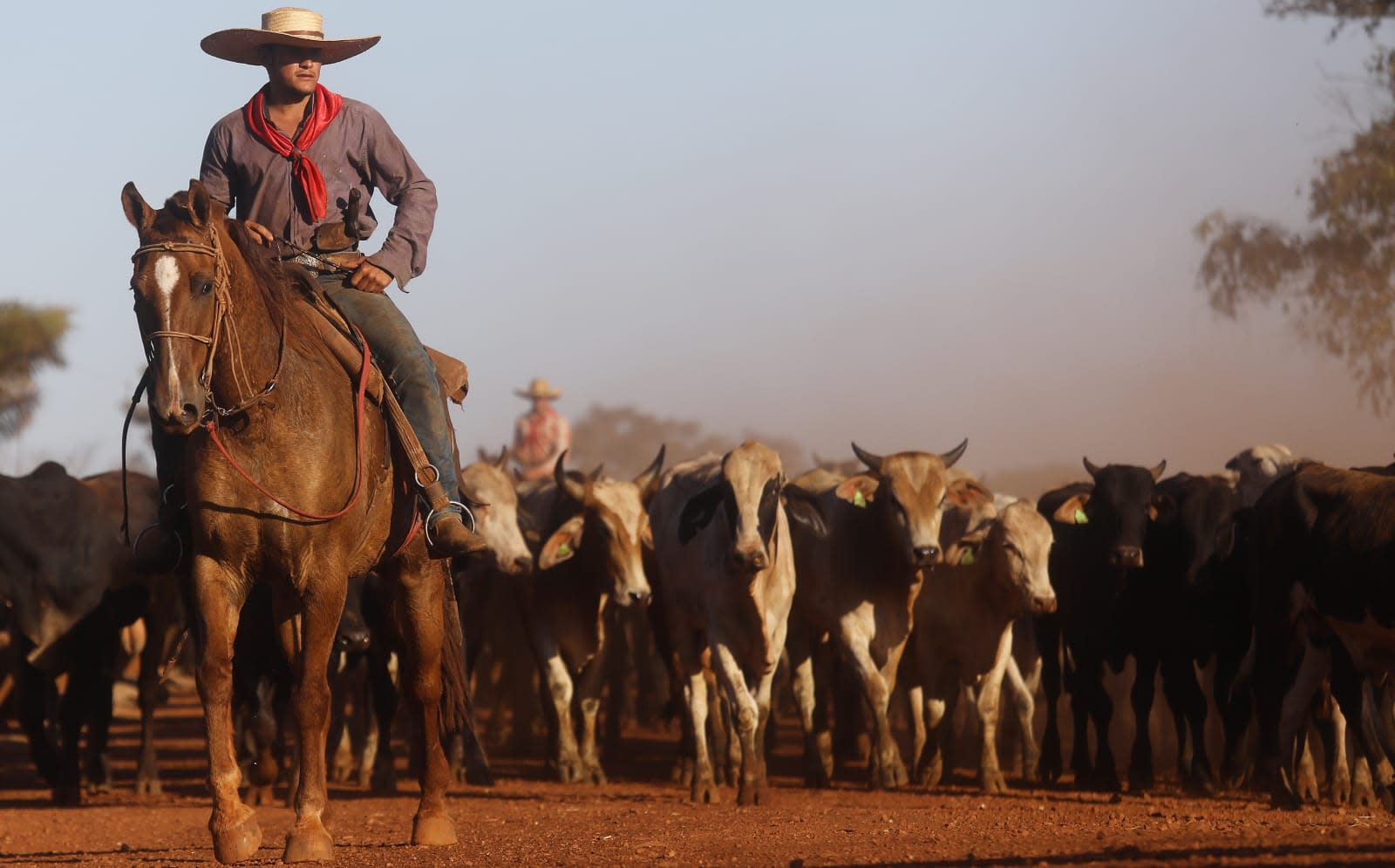 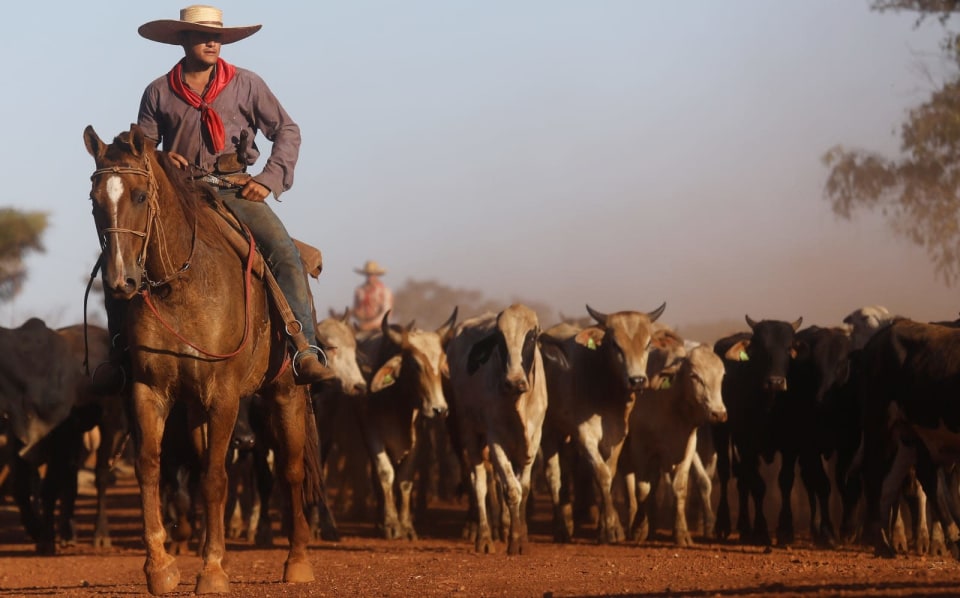 Thought to have been Lord Krishna's favorite animal, the cow has achieved a uniquely sacred status in India. Their slaughter is prohibited through most of the country, beef consumption is largely outlawed as well and woe be the unlucky soul accused of breaking those taboos. In the US, however, that's not the case. We Americans love our cows. We love them so much that we ate a whopping 25.668 billion pounds of beef in 2016, according to the National Cattlemen's Beef Association. There are 93.5 million heads of cattle in this country, but thanks to emerging biofabrication technologies, they could soon be as safe from the slaughterhouse as the cows of Delhi.

The issues commonly raised against modern cattle farming are not just the matter of the near genocidal numbers of bovines that are led to slaughter each year to feed America's need for red meat but that the cattle business in general is an environmentally intensive industry.

"The livestock industry is changing really rapidly in this country and elsewhere," Walter Falcon, deputy director of Stanford's Program on Food Security and the Environment, said in 2011. He points out that many of the smaller family farms have steadily conglomerated into huge factory farms over the past four decades. This has exacerbated the effects of each farm's impact on the environment. "Issues, like runoff and odor... have now become concentrated and significant," he said.

More than two-thirds of the world's available agricultural land is used for livestock production with just 8 percent being used for directly consumable foods like grains and vegetables, per a study from the Livestock, Environment and Development (LEAD) Initiative. The LEAD study also found that meat production accounts for 18 percent of the world's greenhouse gas emissions and 37 percent of methane emissions. But what if we could still get all the milk, meat and leather we want, without needing to raise a single steer?

Take Real Vegan Cheese, for example. Unlike the wide array of dairyless cheese substitutes that you can find on grocers shelves, RVC uses real cow's milk -- just, no real cows. This project, a collaboration of more than two dozen researchers and citizen scientists, instead leverages genetically modified baker's yeast to produce milk proteins.

The process is surprisingly simple. It's the same CRISPR-based technology that enabled this reporter to make antibiotic-resistant e. Coli and for his boss to make glow-in-the-dark beer. It's also quite similar to how the medical community has leveraged yeast colonies to produce everything from vaccines to human insulin for years.

After identifying the genes responsible for milk protein production, they're spliced into living yeast cells. As the cells culture, they produce the milk proteins that can then be separated out from the yeast. Interestingly, though the proteins themselves are produced by a GMO (genetically modified organism), the cheese itself is not considered GMO since the yeast is not incorporated into the final product. In order to make that, the proteins are mixed with vegetable butter (for fats), vegan sugar (a lactose stand-in) and water. This creates vegan milk which can be turned into cheese the same way its bovine-sourced relative has for thousands of years.

RVC isn't the only group trying to corner the animal-free milk and cheese markets. Berkeley-based Perfect Day has been working to create vegan cheese since 2014. Their system uses a dairy yeast modified to produce proteins like casein, a major component of cow's milk and cheese. Once there's a sufficient quantity of protein, it's mixed with plant-based fats, vitamins, minerals, and sugars to create vegan milk. Perfect Day told Fast Company last year that it expects its first product to be a cheese or yogurt concoction and will likely have it to market by the end of 2017.

The company figures that it can produce the same amount of milk and cheese as a conventional dairy while using 98 percent less water, 91 percent less land, and 100 percent less cows. That translates into an 84 percent smaller carbon footprint than traditional milk production, according to the organization's website.

"We're not going to call it milk," CEO Ryan Pandya told Fast Company. "Because it's way more than that. We would be selling ourselves short if we just called it milk and we dropped the mic and walked away,". No matter what they end up calling it, the company will also need to discuss the matter with the FDA regarding safety testing and labelling requirements.

Yeast cultures can make more than milk proteins, mind you. The New York-based startup, Modern Meadow has managed to cajole the fungi into creating collagen as well. You know, the stuff that leather's made from. 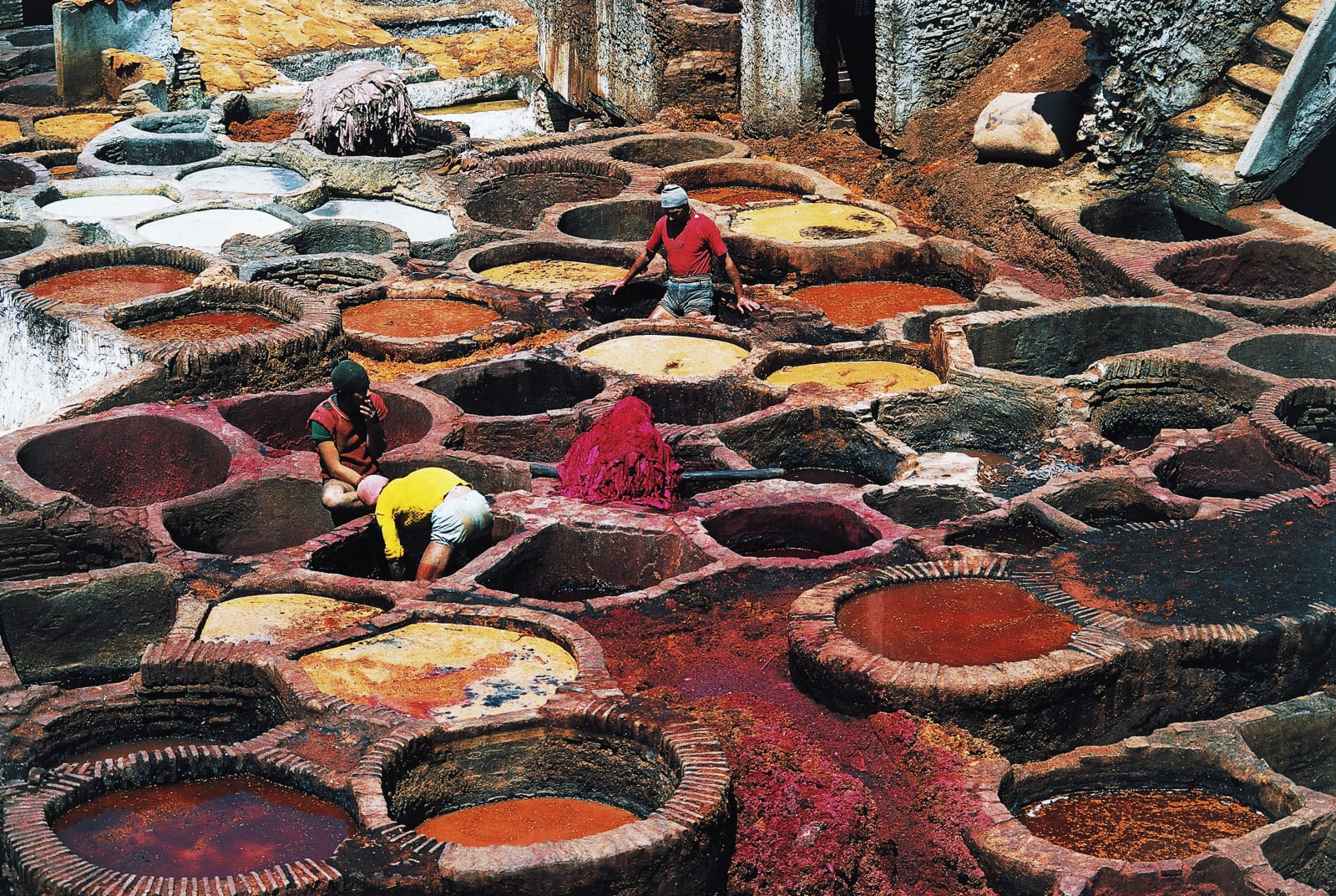 The traditional method of making leather is a rather noxious process. First, the pelt is soaked in brine or packed in salt to extract moisture. Then a mixture of calcium hydroxide (milk of lime) and sodium sulfide is applied to remove hair, grease, fats and certain proteins ahead of the actual tanning process. The skin is then submerged in a highly acidic bath and Chromium(III) sulfate is introduced. The chromium penetrates the skin and causes the individual collagen molecules to "cross-link" with one another, effectively stabilizing the material and keeping it from decaying over time or shrinking when exposed to heat.

The process can be toxic, to say the least. The wastewater left over from the tanning process is often contaminated with chromium(III), lead, anthracene, formaldehyde and arsenic. What's more, if chromium(III) is heated too much, it can oxidize into the highly carcinogenic form of chromium(VI), also known hexavalent chromium. The environmental effects of these chemicals can be mitigated to a degree through responsible waste management. However, in many developing nations, such environmental protection laws are either nonexistent or poorly enforced.

Modern Meadow's method, on the other hand, eliminates the need for skin scraping, salting and liming. These proteins group into the conventional triple helix collagen molecule and, in turn, clump into collagen fibrils. Modern Meadow then employs a proprietary process to arrange the fibers into sheets which can be tanned to create leather. Not only does this produce uniform-quality skins without the nicks or scars one would find on a normal cowhide, it drastically reduces the environmental impact of the leather fabrication process. A close-up of Modern Meadow's leather

Milk and leather aren't the only cow products that are being eyed for replacement. Bovine-based burgers could soon be on the chopping block as well. Remember Hampton Creek, the Silicon Valley-based science startup that sold vegan mayonnaise until Target pulled the product over safety concerns? The company announced in June that it is working to put lab-grown meat on American tables by 2018. That's three years before San Francisco-based startup Memphis Meats is expected to get its product to market. That seems a bit over-aspiring, especially given the company's past issues with food safety, Hampton Creek appears confident that it will meet its deadlines. "It's an ambitious goal for sure, but yes, with the right resources, it should be achievable," Bruce Friedlich, executive director of the Good Food Institute, a food tech non-profit working with the company, told Business Insider.

This is an incredibly rapid pace of progress given that the first lab-grown burger wasn't created until 2013. That 5-ounce patty cost a jaw dropping $325,000. Today, lab-grown meat runs just over $11 a pound -- that's 30,000 times cheaper than in 2013 but still around 3 to 4 times as expensive as regular ground chuck, according to ABC News. In Memphis Meat's case, the meat is grown in a bioreactor (essentially, a climate-controlled fermentation vat) that has been seeded with stem cells, which will be coaxed into forming muscle tissue, as well as the nutrients necessary to nurture their growth. There are a couple of challenges with this setup, however. For one, the meat has to be grown in very thin strips to ensure that they remain sufficiently oxygenated. This slows the pace of production. For another, those cells have to be bathed in fetal bovine serum, which, you guessed it, has to be extracted from fetal cows. This stuff is basically what remains from fetal cow's blood after you centrifuge out all of the red blood cells. It's typically used as a nutritional supplement for cell cultures (as it is in this case). But not only is this stuff insanely expensive, it's ethically repugnant to people looking to eat cruelty-free and negates the meat's entire "animal-free" premise.

Other companies have foregone the meat-based approach entirely and simply set about fooling our tastebuds into thinking it's beef. The Impossible Burger, from San Francisco-based Impossible Foods, is very much a veggie burger. It's made from a mix of wheat, coconut oil and potatoes as well as heme.

Heme is an iron-containing compound that helps red blood cells transport oxygen. It's abundant in animal muscle and can be found in plants as well. Impossible Foods managed to extract and ferment the heme from plants. By adding it to its patties, the heme provides the sizzle, color and "bleeding" effect that the American people have come to expect from their burgers. Compared to the real thing, the company estimates that it uses 5 percent of the land, 25 percent of the water and produces 12 percent of the carbon emissions that would take to produce a conventional burger. However, given that the patty is sold in just 10 states currently, the comparative scale of those benefits versus what it takes to produce conventional beef burgers is negligible.

Clearly, cattle are only the start. In addition to beef, Memphis Meats recently unveiled its animal-free duck and chicken and is working on bio-fabricating pork. What's more, Tyson Foods, one of the world's largest meat producers, announced last December that it too is jumping into the animal-free meat game with an investment in plant-based meat maker Beyond Meat as well as launching a venture capital fund focused on sustainable food products. It will likely still be a couple of decades before these foods are commercially viable but given how quickly the human population is increasing (and how quickly the planet's temperature is rising), a more efficient means of feeding the world can't come soon enough.

In this article: ABC News, Business Insider, Delhi, E. Coli, Fast Company, food and drink, Food and Drug Administration, food-and-drink, foodanddrink, India, Krishna, National Cattlemens Beef Association, Stanford University, Target, tomorrow, Tyson Foods, United States
All products recommended by Engadget are selected by our editorial team, independent of our parent company. Some of our stories include affiliate links. If you buy something through one of these links, we may earn an affiliate commission.