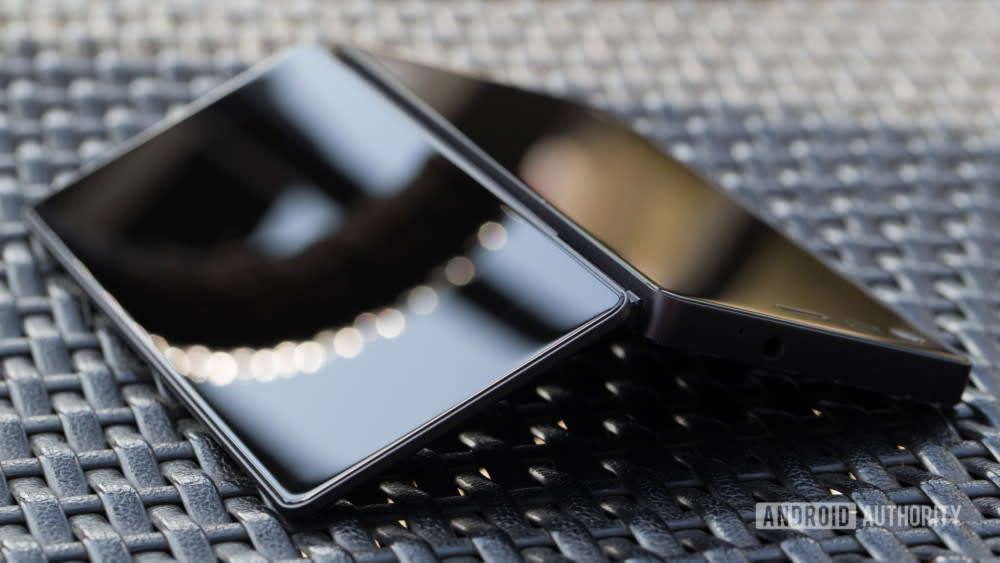 Weeks ago, sources told Venturebeat's Evan Blass that ZTE and AT&T had teamed up to release a dual-screen, unfoldable smartphone codenamed the Axon Multy. Today, Android Authority followed up with leaked screenshots of a similarly-designed phone, which sources claimed might be called the Axon M. Regardless, both sets of details imply that this is the device ZTE will announce at an anticipated press conference in NYC on October 17th.

Both reports agreed that the Axon Multy/M has dual HD screens that unfold into a 6.8-inch, 1,920 x 2,160 display. Closed, it's less than 10mm thick, according to Venturebeat; Blass' source noted that the smartphone will have a Snapdragon 820 chip with 4GB of RAM, 32GB of storage, a 3,120mAh battery and a single 20MP camera. Lastly, it will reportedly be available for $650 as an AT&T exclusive.

As Blass noted, the Axon Multy/M appears to have a design similar to 'Project Valley,' the unfolding smartphone design that Samsung aimed to release in 2017 but which has yet to materialize. Given that phone designs have settled into the flat single-touchscreen form factor for about a decade, even these reports of a new design promise something fresh. Even if, as Blass pointed out, the Axon Multy/M's fully-unfolded 6.8-inch screen would only be half an inch larger than that on the recently-announced Galaxy Note8.

In this article: att, AXON, AxonM, gadgetry, gadgets, gear, rumor, zte
All products recommended by Engadget are selected by our editorial team, independent of our parent company. Some of our stories include affiliate links. If you buy something through one of these links, we may earn an affiliate commission.