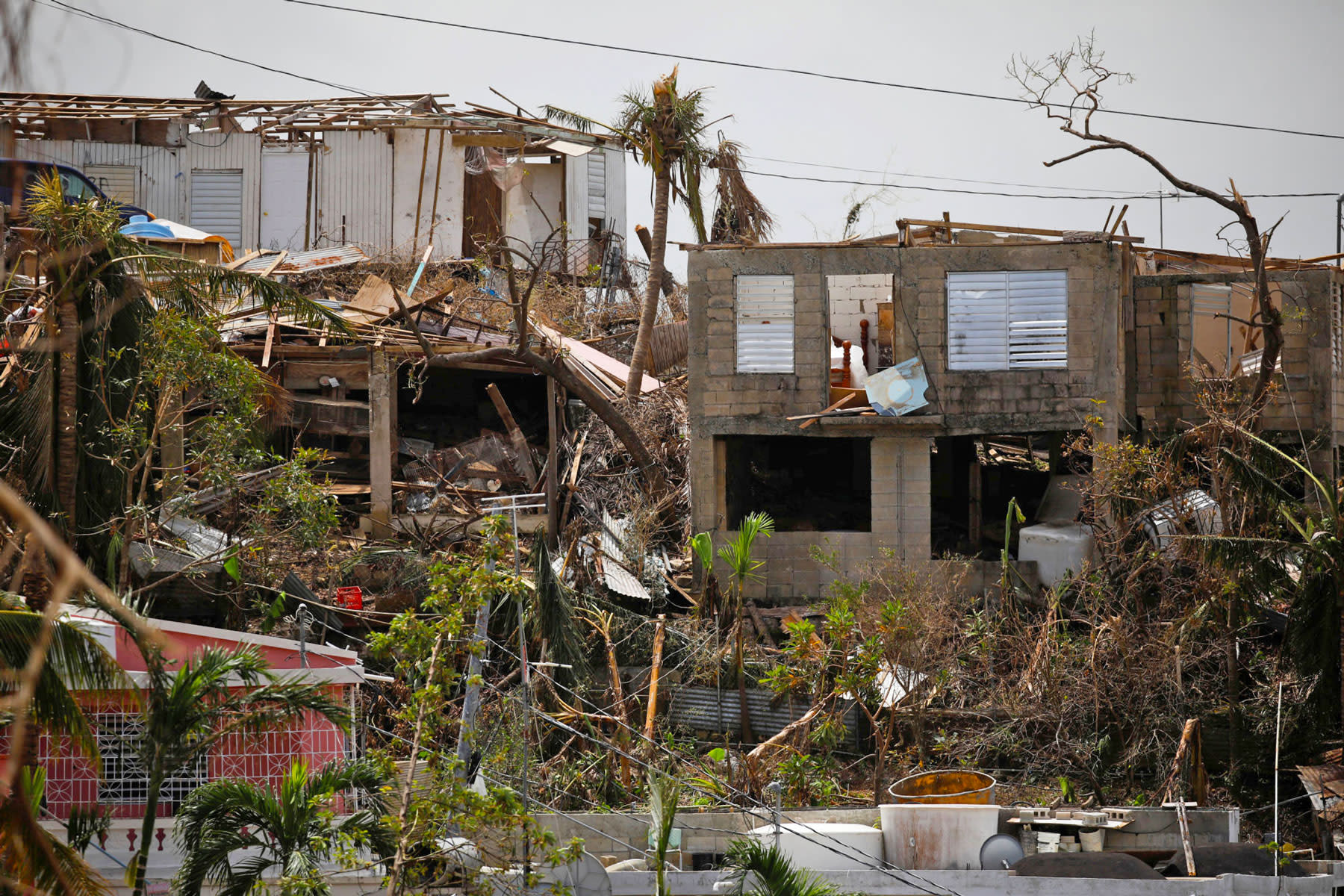 When Hurricane Maria crashed into Puerto Rico on September 20th, it found a vulnerable target. The island is facing an extreme financial crisis that's been building steam for decades; roughly 43 percent of its residents live in poverty. Its sole electric company, PREPA, is $9 billion in debt and has been operating with outdated equipment for decades. Its power plants are an average of 44 years old and rely on outdated oil-fired systems, while most plants in the United States are about 18 years old and use newer natural-gas generators. PREPA filed for bankruptcy in July, calling its own infrastructure "degraded and unsafe."

Then the hurricanes hit. On September 7th, Hurricane Irma skirted Puerto Rico's northern coastline as a Category 5 storm, killing at least three people and knocking out power for more than 1 million residents. That weekend, PREPA was able to turn the lights back on for 70 percent of its affected customers, but others expected to wait months for power to return.

Hurricane Maria made its way up the Caribbean on September 20th, bringing winds of 140 MPH and dumping 25 inches of rain on Puerto Rico. It devastated the island. Maria knocked out PREPA's electrical systems, leaving 3.4 million people in the dark, with little hope of a quick recovery. Officials have suggested it will take four to six months for power to be restored.

#PuertoRico being told to adjust to no electricity for next few months. This is what modern colonialism looks like. https://t.co/KmHXuFBoS5 pic.twitter.com/CWhn6oMRxM

Electricity is central to life on the island, just as it is in modern societies across the globe -- and, no, it's not just a matter of running televisions and toys. Puerto Rico's sole energy provider powers everything from hospitals and food-storage facilities to air-conditioning and communication services. Most of Puerto Rico today is running on generator power, leading to extremely long lines at temporary gas stations as residents attempt to secure a canister of the scarce resource.

Water is one of the most pressing issues, however. Without power, there's no way to pump water into homes and businesses, and some residents are collecting it where they can, including out of open-road drainage tracts and fire hydrants. People in Utuado, a city of 30,000, are relying on a pipe tapped into a mountain spring by the side of a highway. Until help arrives, that's the only water available for drinking and cleaning in the area, CNN reports.

This week, the Federal Emergency Management Agency estimated that 42 percent of Puerto Ricans were without access to potable water. As of Friday, just nine of the island's 52 wastewater treatment facilities were operational.

Eighty percent of the island's overhead transmission lines were damaged in the storm. While underground lines were mostly unaffected, most of Puerto Rico's power system is aboveground. This devastation knocked out air-conditioning and refrigeration systems -- many people were stranded by debris clogging the island's roads, in need of food and ways to safely store it. In the most isolated cities, families are rationing crackers and watching their food and medicines go bad. 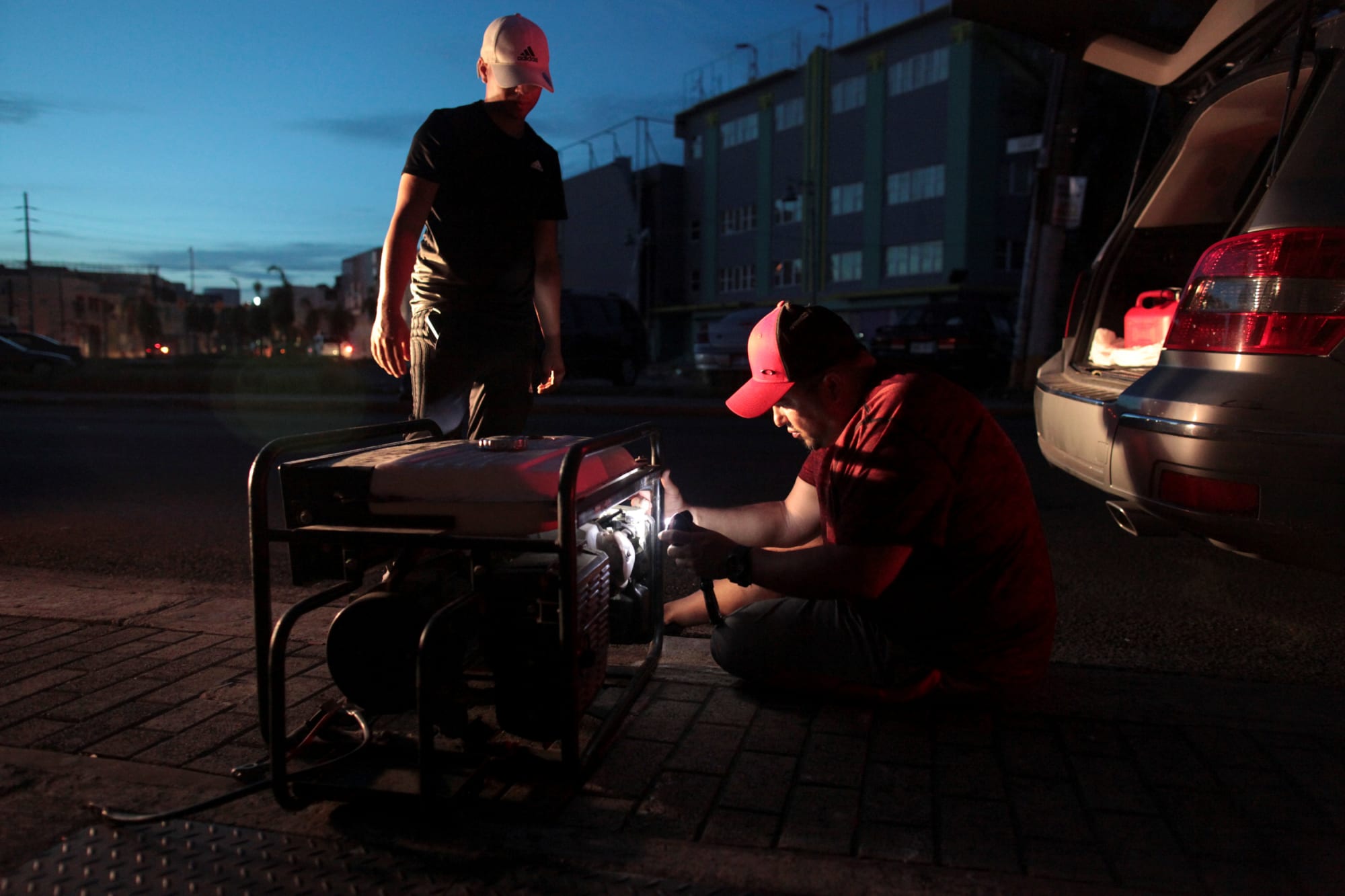 Hospitals are another beast altogether. Roughly 70 percent of Puerto Rico's hospitals are not operational, but one facility that is, San Jorge Children's Hospital in San Juan, needs 2,000 gallons of diesel fuel every day to function outside of the power grid. With rampant supply and transportation issues, keeping the lights -- and lifesaving medical equipment -- on is nearly impossible. This week, San Jorge lost power for an eight-hour stretch, from 6 PM to 2 AM. Ventilators and other essential machines were kept on via emergency backup power, but the hospital was forced to discharge 40 patients. As of Thursday, the hospital had just enough diesel to last through this Saturday.

The death toll is mounting, and there are far more fatalities linked to Hurricane Maria than has been officially reported, according to The Miami Herald. The official number is 16 deaths, though most hospital morgues (there are 18 operating at least partially) report being at full capacity.

The longer power is out, the more likely it is that illness will spread. Without power to provide clean water, storage and medical help, doctors and experts expect the number of deaths to rise.

"It's coming," Dr. Norbert Seda of the Canovanas Medical Center told CNN. "When there's a shortage of water and sanitation issues, it will come out. We are expecting something like that to happen."

Billions of dollars in debt and facing an islandwide humanitarian crisis, Puerto Rico is not equipped to rebuild its power grid on its own. One of the most likely paths it'll take is privatization.

Congress established this seven-person board under President Barack Obama in 2016, as part of the Puerto Rico Oversight, Management, and Economic Stability Act, which aimed to dig the territory (and PREPA) out of its massive debt via increased US oversight. The board is able to seize public assets, break union contracts and cut pensions, and its austerity measures include lowering the minimum wage from $7.25 to $4.25 an hour. PROMESA was contentious from the outset -- a handful of Democrats in Congress likened the oversight board to a form of colonialism, decrying how the legislation stripped away even more of Puerto Rico's autonomy. 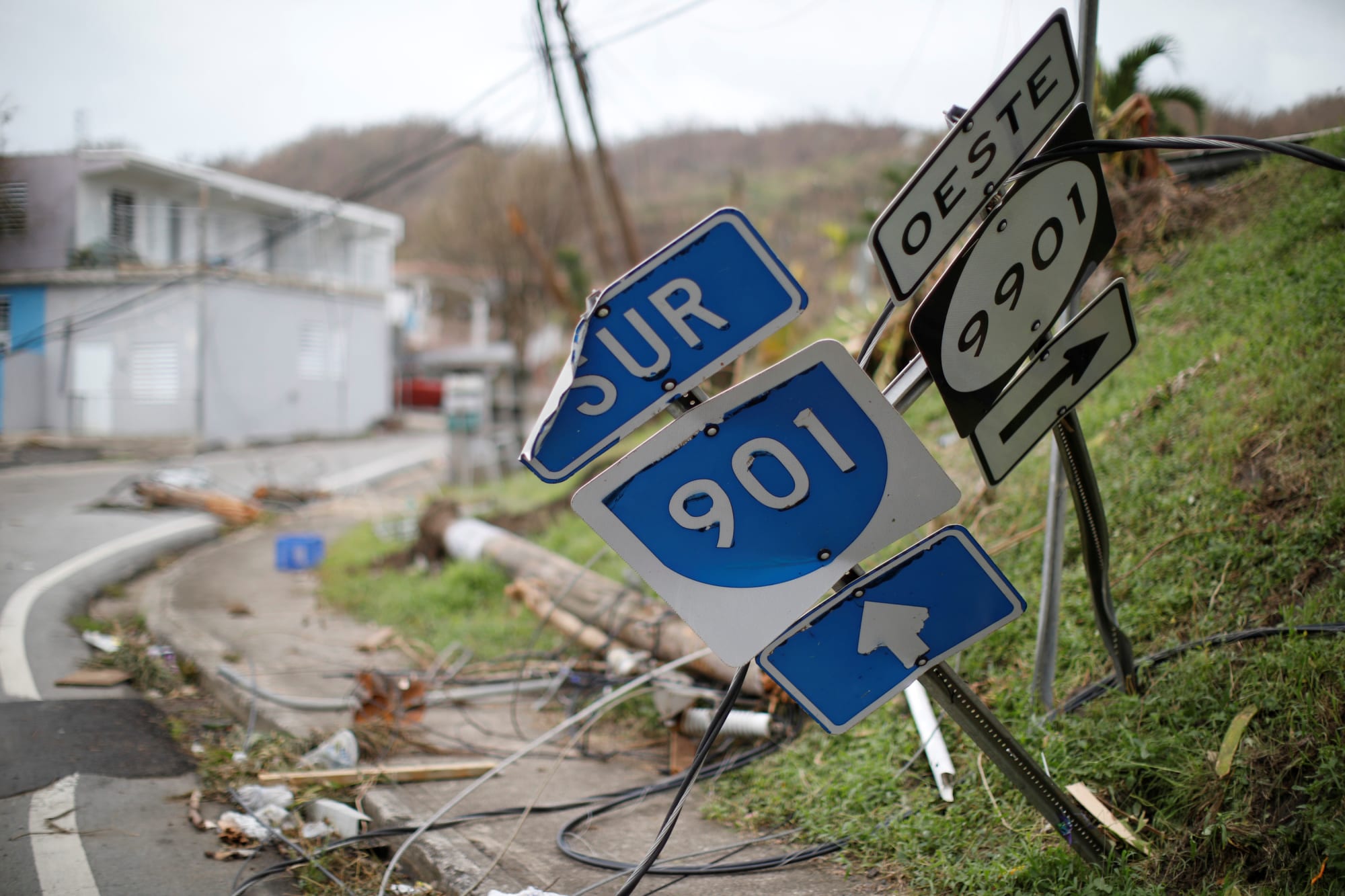 Despite PROMESA's financial goals, PREPA filed for bankruptcy just a year later. That was when four members of the oversight board wrote the following:

"We believe that only privatization will enable PREPA to attract the investments it needs to lower costs and provide more reliable power throughout the island. By shifting from a government entity to a well-regulated private utility, PREPA can modernize its power supply, depoliticize its management, reform pensions, and renegotiate labor and other contracts to operate more efficiently."

No power companies have made overt moves in Puerto Rico so far, but one US-based business springs to mind as a natural partner in this space: Tesla.

Not only is Tesla the leading name among renewable-energy companies, but it has experience in bringing power to another US island, Hawaii. Tesla and Hawaii's Kauaʻi Island Utility Cooperative are currently maintaining a 45-acre solar farm in the hills of Kapaia, supported by a 53 MWh array of Tesla Powerpacks. The Powerpacks are essentially giant, commercial-grade white batteries that store the energy captured by solar panels, resulting in a more stable system and less wasted power. Batteries are essential for sustaining large-scale renewable-energy systems, and this technology is just now becoming a reality.

Tesla has already shipped hundreds of Powerwalls -- the residential-size version of the Powerpack -- to Puerto Rico in an effort to help the commonwealth get back online. The company hasn't signaled any interest in setting up permanent shop in Puerto Rico, but if it does, it'll need to make a deal with the US government. Puerto Rico is no stranger to this scenario.

One thing I'm worried about—in addition to my family's safety—re: #Maria in #PuertoRico is how #colonialism capitalizes on #NaturalDisaster

The island found itself in a similar situation just one year after becoming a US territory -- in August 1899, Hurricane San Ciriaco devastated Puerto Rico with winds of 100 MPH and 28 straight days of rain. The hurricane killed more than 3,000 people and deleted nearly every acre of farmland, hitting coffee plantations particularly hard. As recovery efforts carried on, US interests scooped up land from former farmers and planted a booming investment crop: sugar. Control of much of Puerto Rico's farmland transferred from citizens to US businesses, which have no obligation to ensure the health or sustainability of the territory or its people.

For example, The Intercept lists real-life problems caused by the partial privatization of PREPA's power grid:

It's not as if Prepa's existing experiments with privatization have been success stories. The utility currently purchases around 30 percent of its power from two private sources, an AES coal plant in Guayama and a natural gas plant in Peñuelas, owned by the Spanish company EcoElectrica. AES sparked a major fight in the area and abroad for the plant's dumping of coal ash, which can seep into waterways and cause a number of health problems. Post-Irma, UTIER -- the Prepa utility workers' union -- denounced both of the private providers for shutting down during the storm to protect their infrastructure, straining both public providers and the unionized workforce. Were large swaths of Prepa to be privatized, it's also likely UTIER would be disbanded.

Privatization could modernize and stabilize Puerto Rico's energy infrastructure, but the island has a complicated history with both US businesses and the federal government. After Hurricane Maria, however, it doesn't have the luxury of negotiating.

In this article: business, energy, internet, medicine, politics, power, PREPA, PROMESA, PuertoRico, RenewableEnergy, services, tesla, tomorrow
All products recommended by Engadget are selected by our editorial team, independent of our parent company. Some of our stories include affiliate links. If you buy something through one of these links, we may earn an affiliate commission.