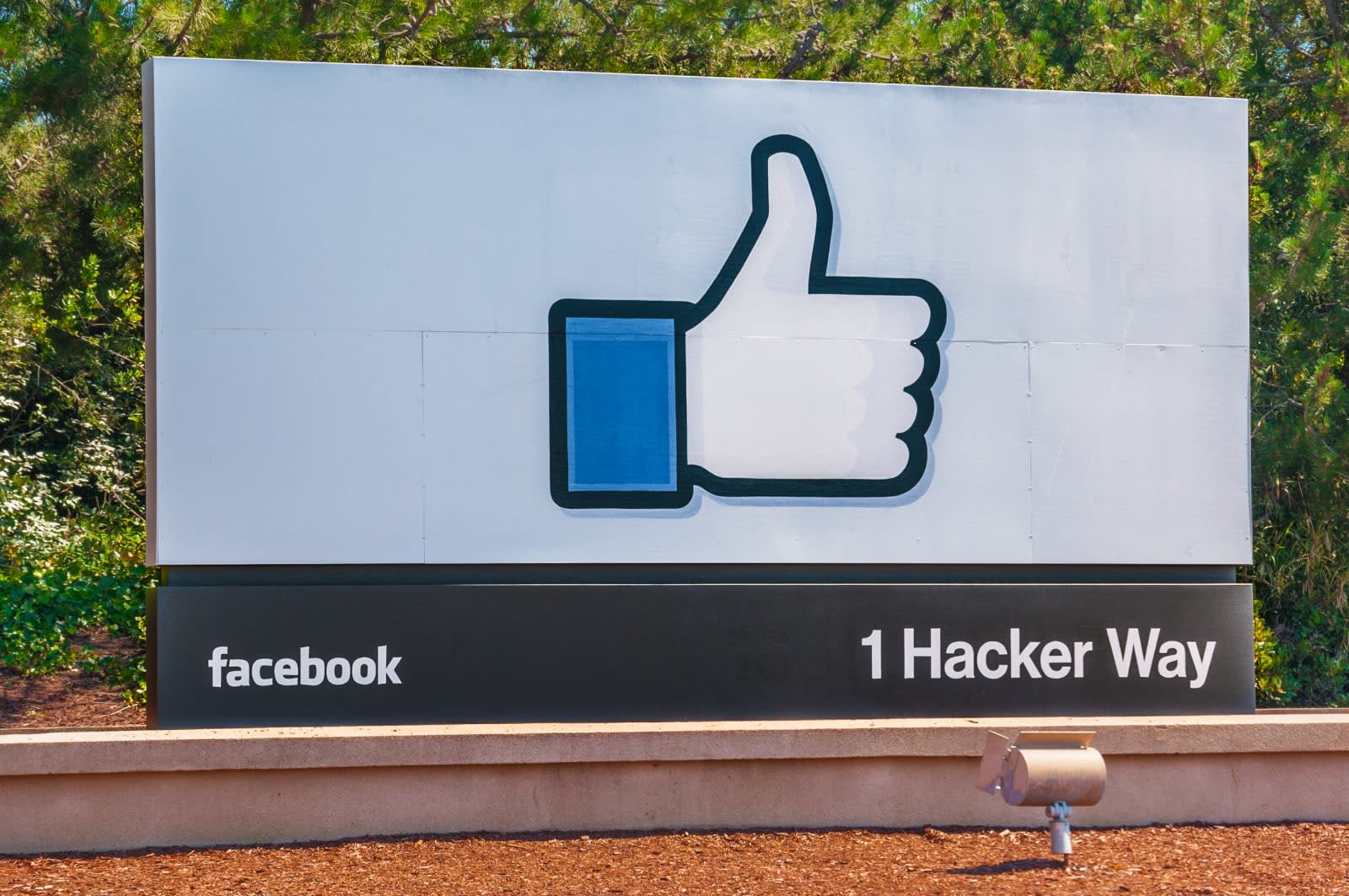 Approximately 10 million people saw the ads a Russia-based organization bought on Facebook to sow political discord in the US. That's one of the things the social network has revealed in a post talking about the 3,000 Russia-linked advertisements it handed over to Congress. Most of them, Facebook disclosed, focused on "divisive social and political messages across the ideological spectrum," including issues about race, LGBT matter, immigration and gun rights.

According to The Washington Post, one of the ads showed a black woman firing a rifle without a bullet. Another ad used pictures of Hillary Clinton behind bars, which supported her critics' "Lock Her Up" campaign after it was revealed that she used a private email server. The ads also encouraged people to follow Pages about the topics, which aligns with what Facebook reported discovering in early September.

If you'll recall, the company found around $100,000 in ad spend connected to Pages spreading fake political news leading to the US Presidential elections. It traced all 470 Pages and accounts that bought the ads back to Russia. Facebook said people saw 44 percent of the ads before the election and 56 percent after the election was done. Audiences never saw around 25 percent of the ads, though, because they didn't target anyone's interest. Half of those ads cost less than $3, though one percent of the total number cost over $1,000.

In addition to the advertisements' statistics, Facebook has provided replies to some tough questions a lot of probably want to ask. It admitted having a hard time catching advertisements that broke its rules due to the massive number it deals with per week. The social network also explained that it won't stop foreigners from speaking out on issues in the US and users from posting opinions it doesn't agree with, because it believes in free speech.

However, it promises to implement new features that can help it catch and filter out ads that break its rules. Going forward, the company promises to tighten restrictions on advertiser content and increase its requirements for authenticity. US election-related advertisers will now have to authenticate their businesses. Facebook promises to provide industry and political watchdog groups access to the ad transparency tool it's building, as well.

The social network will now also require ads that target certain types of interests to go through additional human review and approval. Any ad that aims to spread messages of hate or violence, such as those anti-Semitic ads ProPublica found on the website, will be rejected or removed. "Facebook's Community Standards strictly prohibit attacking people based on their protected characteristics, and our advertising terms are even more restrictive, prohibiting advertisers from discriminating against people based on religion and other attributes," Elliot Schrage, Facebook Policy and Communications VP, wrote in the post.

Schrage said Facebook's investigation is far from finished. The company knows there might be ads leading to fake news Pages that it still hasn't found, so it hasn't stopped looking for "abuse and bad actors" on the platform.

In this article: ads, congress, facebook, gear, internet, politics, russia, russianads
All products recommended by Engadget are selected by our editorial team, independent of our parent company. Some of our stories include affiliate links. If you buy something through one of these links, we may earn an affiliate commission.
Share
Tweet
Share