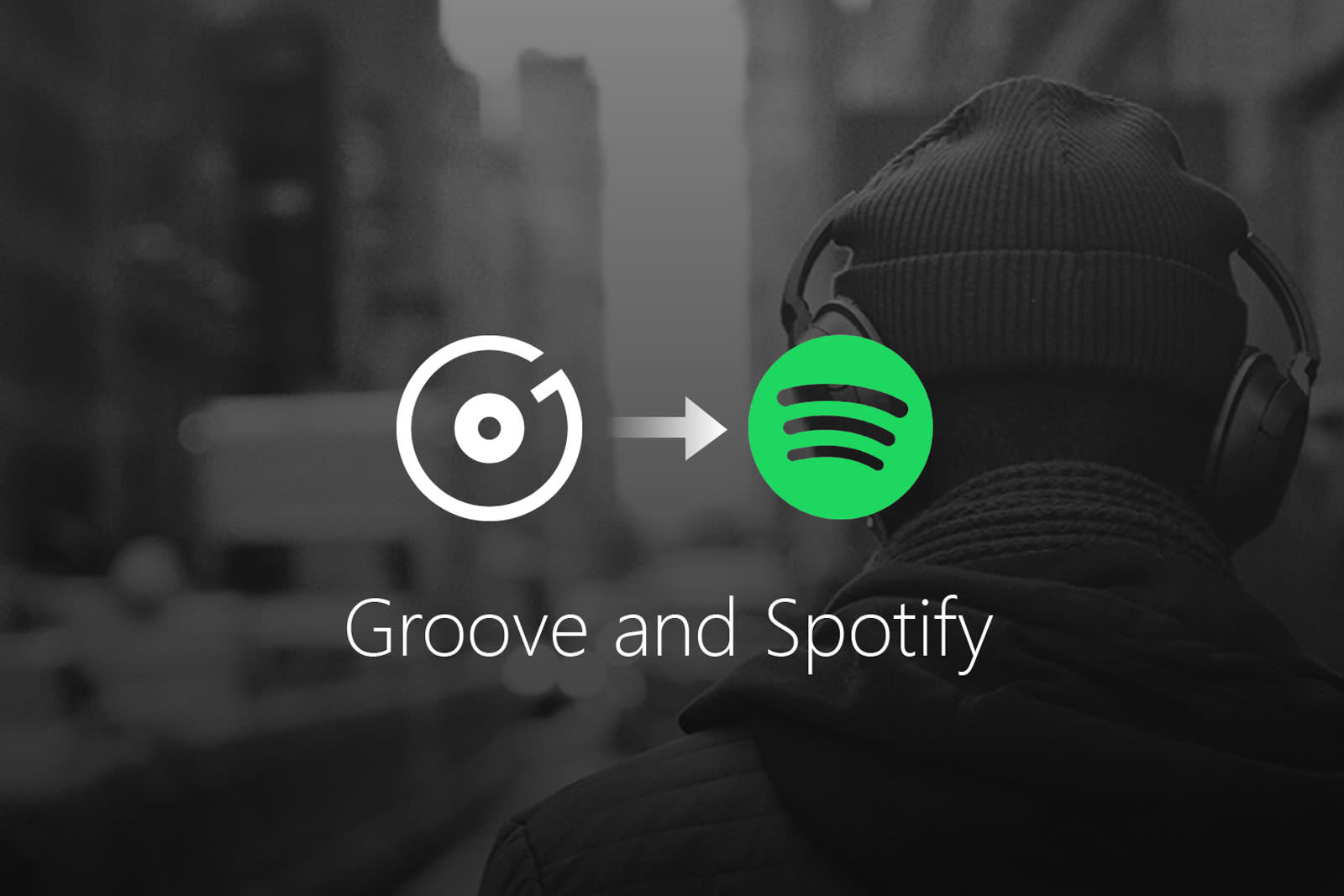 Microsoft still isn't having much luck competing in the digital music realm. The software behemoth has announced that it's axing its Groove Music services (streaming, purchases and re-downloads) after December 31st, 2017. And unlike in the past, there isn't another Microsoft-branded service waiting in the wings. Instead, the company is transitioning everyone over to Spotify. The Groove Music app will offer to migrate your collection and playlists through an update, starting with a preview version this week and more broadly on October 9th.

Groove Music Pass subscribers will have the option of migrating to Spotify until "at least" January 31st. And if you paid for Music Pass beyond December, you'll get a refund for the amount of time you didn't get to play. The Groove app will continue to work with downloaded purchases and other locally stored music.

It's no secret as to why Microsoft would pick Spotify. It's the largest streaming music service on the planet in terms of users, and Microsoft just added Spotify support to the Xbox One. In that sense, you could see this move coming: why make a big deal out of supporting a competing offering on your game console? At the same time, it's also a tacit acknowledgment that the online music field has largely become a two-horse race between Spotify and Apple. Even Microsoft, which dominates the PC landscape, struggled to give people a reason to choose its services over others that were already ubiquitous. It's sad to see one more choice bite the dust, but it's also easy to see why Microsoft would bow out.

In this article: entertainment, gear, groove, groovemusic, groovemusicpass, internet, microsoft, music, musicpass, services, spotify, streaming, windows
All products recommended by Engadget are selected by our editorial team, independent of our parent company. Some of our stories include affiliate links. If you buy something through one of these links, we may earn an affiliate commission.