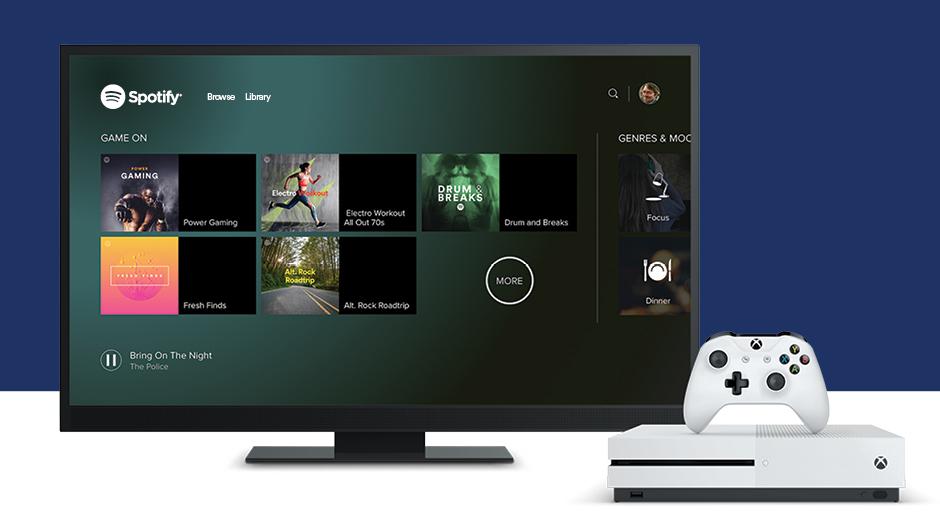 Well, that didn't take long. Less than a week after members of the Xbox crew were seen spinning tunes from Spotify on the console, the streaming service is making its official debut. Reports last week indicated that the switch would flip before the arrival of the Xbox One X, but it looks like Microsoft wanted to make the leap before summer's end. Despite the long wait, the tie-in between Spotify and Microsoft is rather straightforward. Once you install the Spotify app on your Xbox One and input your account info, you'll be able to soundtrack gaming sessions with the music of your choice.

As you might expect, there are curated playlists specifically picked for gaming. Listen to game soundtracks via "Epic Gaming," get hyped for battle with "Power Gaming" and stream a selection of tunes from Xbox's Major Nelson. The Xbox One app also works with Spotify Connect so you can use your phone or another device to control the music from the Spotify app when you're in the middle of a game. The best part? The music service will be available on the console today, so you won't have to wait to blast Katy Perry behind the wheel in Forza Horizon 3. It's available for Spotify users in 34 counties, including North America and much of Europe.

While Spotify is just now hitting Xbox, it debuted as a PlayStation exclusive back in 2015, powering PlayStation Music with its massive catalog. The move to Xbox one follows SoundCloud, which hit the console at the end of May. Of course, Microsoft's own Groove Music is already an option and likely another reason Spotify didn't make an appearance on the console sooner. Both Pandora and iHeartRadio were available, too. Coupled with yesterday's reveal of a new interface, today's Spotify news makes quite the week for Xbox owners.

In this article: audio, av, entertainment, gaming, microsoft, music, musicstreaming, spotify, streaming, xbox, xboxone
All products recommended by Engadget are selected by our editorial team, independent of our parent company. Some of our stories include affiliate links. If you buy something through one of these links, we may earn an affiliate commission.