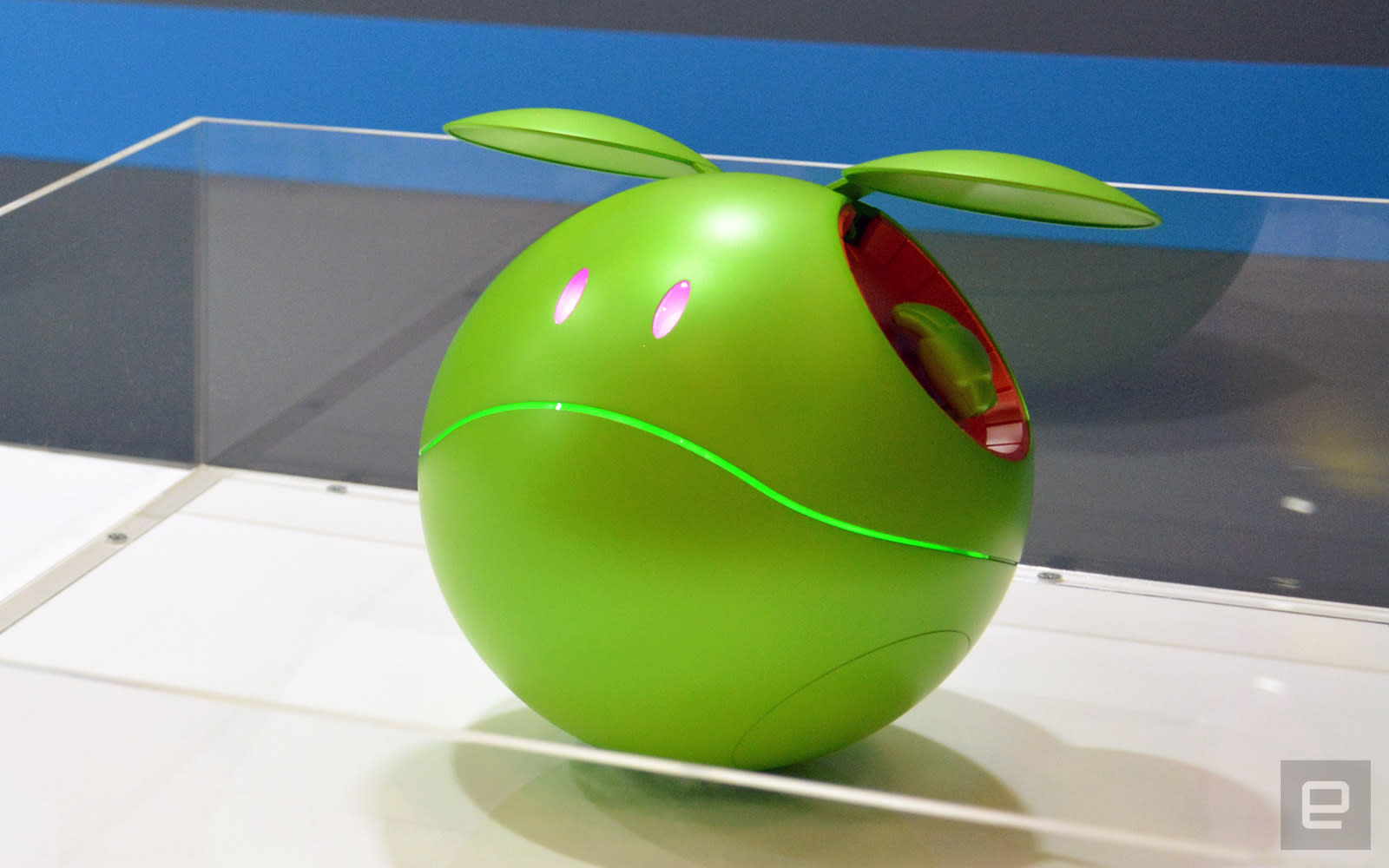 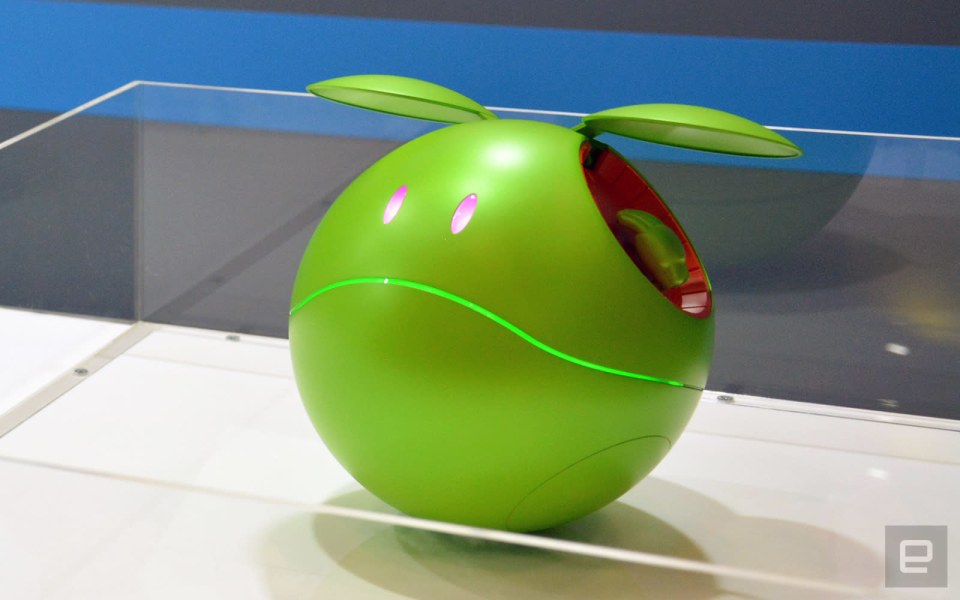 Gundam fans will no doubt recognize this adorable Haro robot from the anime, as did I on the CEATEC show floor in Tokyo. As it turns out, Bandai, Bandai Namco, IBM and VAIO have joined forces to bring us a lifelike "Gundam Concierge Haro" aka "Gansheruju Haro" -- including a 19 cm-wide spherical body (pretty much the size featured in the original series), a variety of gentle movements (bobbing and spinning), glowing eyes and mouth, extendable arms and legs plus a pair of subtly flapping ears. Better yet, if you're fluent in Japanese, you'll be able to have Gundam-related conversations with Haro, courtesy of IBM's AI software. At the booth, the demonstrator asked Haro who would win in a battle: a Gundam or a Zaku? Haro replied with something along the lines of "Gundam would beat Zaku." And if you tell Haro that you want to talk about Char Aznable, you may end up getting to the point where Haro tells you that "Char's custom Zaku is three times faster than a [regular] Zaku" -- a nod to the famous line in the original Gundam series. Better yet, if you dare, Haro can quiz you on your Gundam knowledge. You can also ask Haro for the time and date (smartphone setup via Bluetooth required), but that's as far as non-Gundam conversations go.

Haro is the recurring mascot in the Gundam anime series. Next year, you'll be able to get a lifelike version of it. pic.twitter.com/OCHRIxcgwr

Don't expect Haro to be replacing Siri, Cortana nor Alexa any time soon, because Bandai actually wants this "BN・Bot Project" to be as faithful to the anime version as possible. Even this Haro's cute voice is provided by voice actress Satomi Arai, who played the same character in Mobile Suit Zeta Gundam: A New Translation trilogy and the more recent Mobile Suit Gundam: The Origin movie series. The only thing that's really missing on this Haro is the hovering capability (well, that only seems to work in low gravity in the anime, anyway), but that's unlikely going to stop the hardcore fans from buying one when it launches some time next year for an unknown price.

In this article: ai, bandai, bandainamco, ceatec2017, GansherujuHaro, gear, gundam, GundamConciergeHaro, hands-on, haro, ibm, robot, robots, vaio, zaku
All products recommended by Engadget are selected by our editorial team, independent of our parent company. Some of our stories include affiliate links. If you buy something through one of these links, we may earn an affiliate commission.