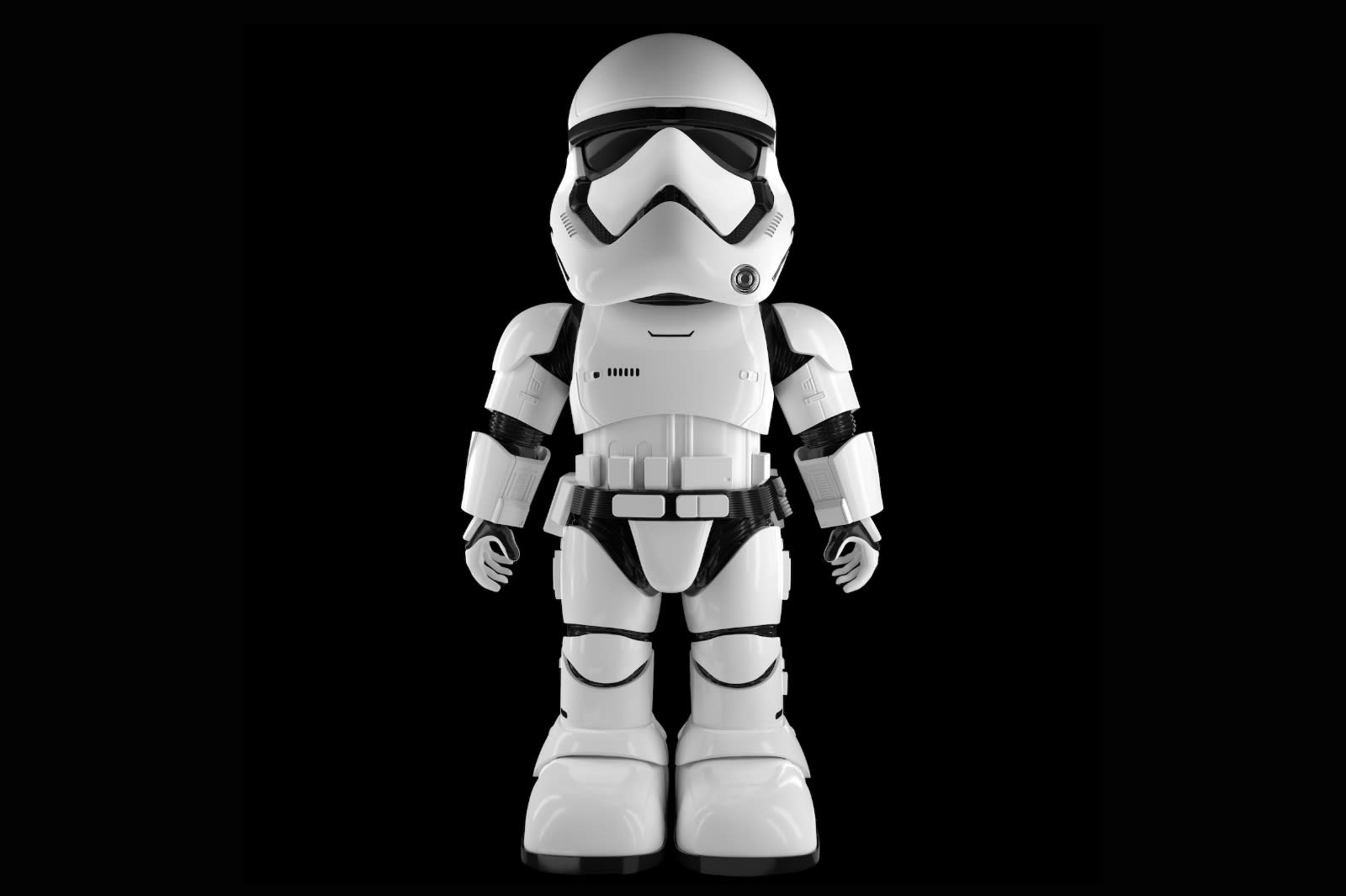 We know what Star Wars fans will be wishing for this Christmas -- aside from Sphero's R2-D2 and BB-9E toys. Ubtech, the company behind the dancing Lynx robot, is releasing a Stormtrooper bot. Although it can't teach you yoga, you can use voice commands to instruct it to ward off intruders (hopefully not with an actual blaster). Its facial recognition tech also allows it to store up to three faces in its memory bank. That way, it can shout at any uninvited guests that keep barging into your room. And, its accompanying mobile app packs an augmented reality game that lets you fight off the Resistance and launch First Order attacks. The robot is available for pre-order from Ubtech right now, and will ship in November. It will set you back $300.

Those keen to snap up the Stormtrooper should be aware that its manufacturer has previously come under fire from the security community. In August, cybersecurity firm IOActive claimed that Ubtech's Alpha series models did not encrypt the data they stored, making it easy for hackers to steal the info. Tinkerers even managed to turn the cute little bots into screwdriver-wielding, stab-happy maniacs. Not exactly stocking filler material, then. But, no such claims have been made about the Star Wars First Order Stormtrooper.

In this article: gear, robot, robots, StarWars, stormtroopers, TL18DRD, toy, toys, ubtech, UbtechRobotics
All products recommended by Engadget are selected by our editorial team, independent of our parent company. Some of our stories include affiliate links. If you buy something through one of these links, we may earn an affiliate commission.