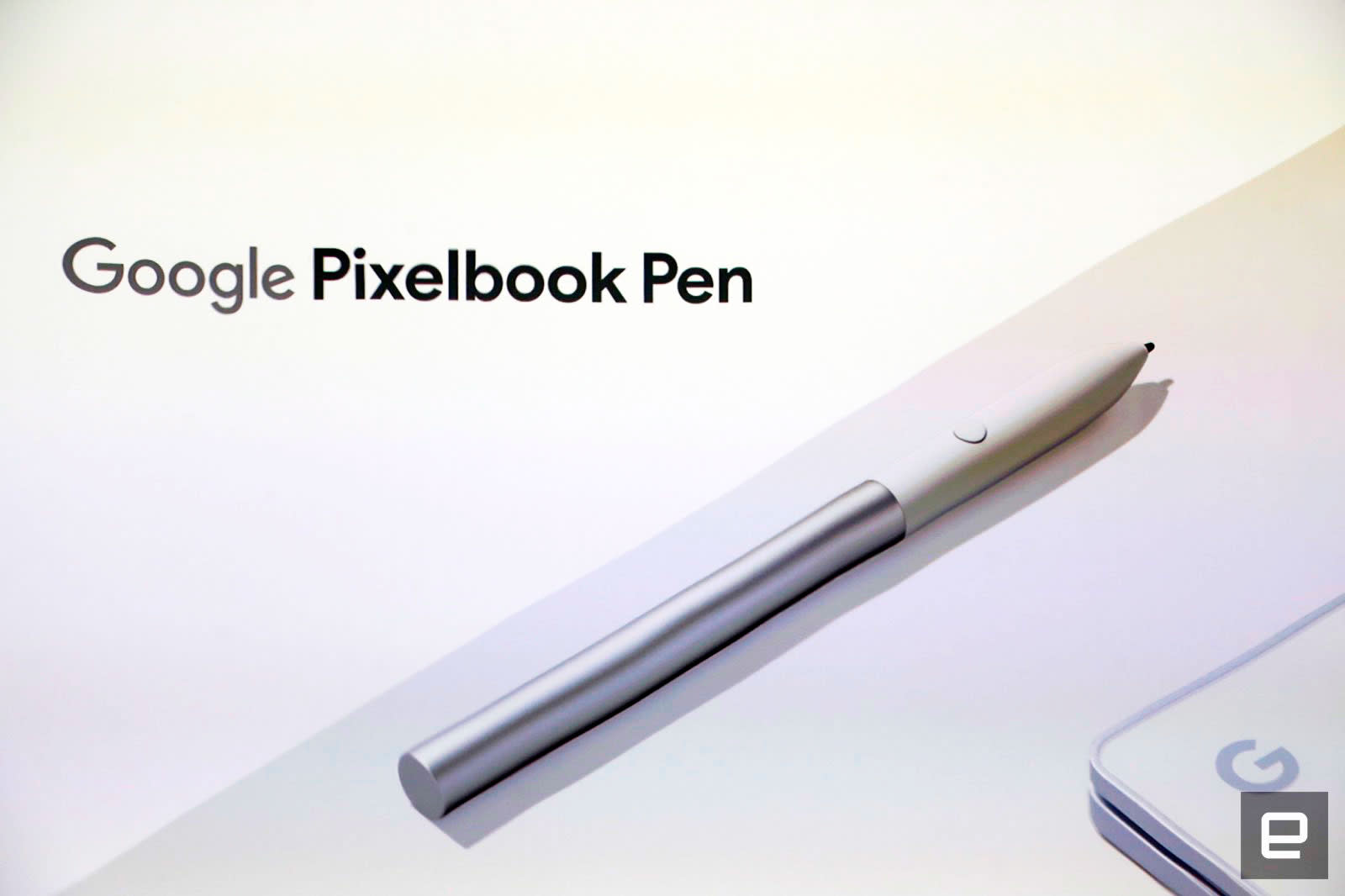 Google isn't launching the Pixelbook laptop all by its lonesome -- it's also unveiling the previously rumored Pixelbook Pen. The stylus lets you draw and write on the Pixelbook's touchscreen, of course, and it promises to be responsive with a low 10ms latency, 2,000 levels of pressure sensitivity and 60 degrees of angular awareness. However, the real party trick is its tie-in with Google Assistant: You can ask Assistant to search for items just by circling them. If you've ever wanted to search from an image or a snippet of text, it's now relatively trivial.

There's just one gotcha: The pen isn't included with the Pixelbook itself. You'll have to spend $99 to buy it separately when it reaches stores on Oct. 31st. It's not surprising that you'd have to buy the Pixelbook Pen separately (it'd add significantly to the cost for people who don't want it), but it does mean that the "full" Pixelbook experience will cost more than you might think.

In this article: gear, google, googleassistant, internet, pen, personal computing, personalcomputing, pixel2event, pixelbook, pixelbookpen, search, stylus
All products recommended by Engadget are selected by our editorial team, independent of our parent company. Some of our stories include affiliate links. If you buy something through one of these links, we may earn an affiliate commission.