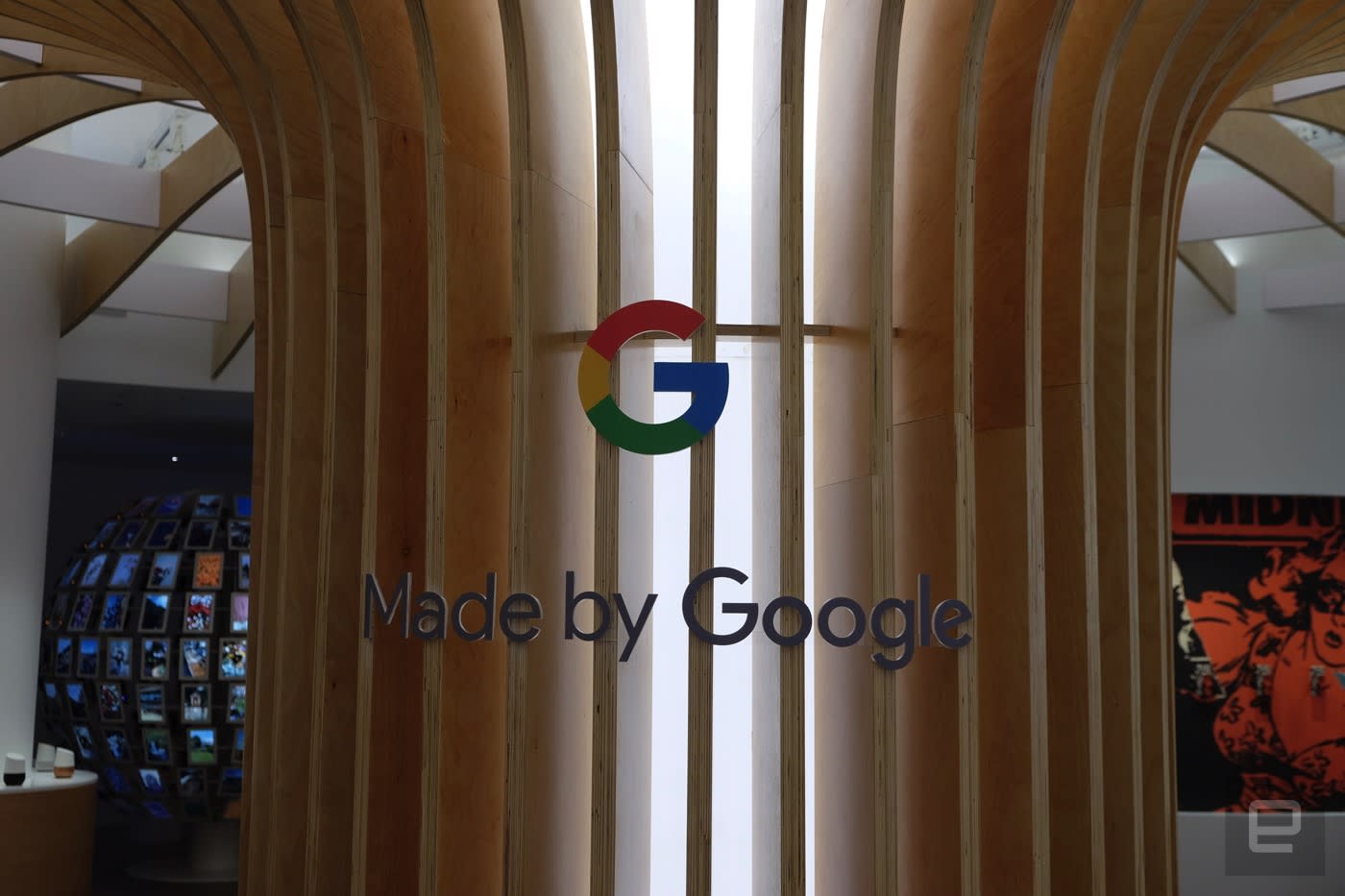 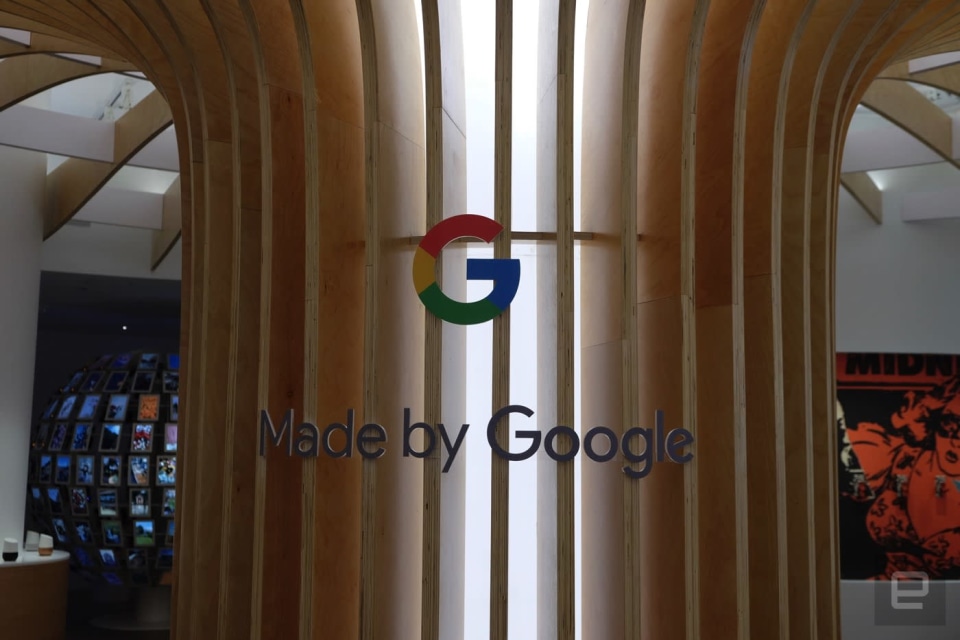 Almost exactly a year ago, Google unveiled a host of new products, a veritable "Made By Google" ecosystem, as the company called it. The most notable devices were the Pixel and Pixel XL smartphones and Google Home smart speaker, but Google also launched the Daydream View VR headset, a mesh-WiFi system and a 4K-capable Chromecast.

It was easily the company's biggest push into Google-branded hardware. But one year later, the Pixel and Pixel XL have been lapped by new devices from Samsung, Apple and LG, among others. We're due for a refresh, and we'll almost certainly get that in San Francisco on Wednesday, October 4th, when the company hosts its next big product launch. New phones are basically a shoo-in, but there's a bunch of other hardware that Google will likely show off. Here's what to expect.

Sure, the smartphone may be a commodity at this point, but it's still exciting to see what Google has cooked up to take on increasingly strong competition in the Android space. The Pixel 2 and Pixel 2 XL have been leaked pretty extensively at this point (as happens with almost every major smartphone these days), so we largely know what to expect here.

VentureBeat believes that the smaller Pixel 2 will be made by HTC (don't forget that Google just bought HTC's phone division), just like both of last year's models. In a lot of ways, this phone is expected to be a minor physical upgrade over the original -- it'll keep the large top and bottom bezels, something that many flagship phones are moving away from. The screen will stay in the same 5-inch range. Like most other phones in its size class, the Pixel 2 won't feature a dual-camera setup.

That's not to say that the Pixel 2 won't offer some new features. It looks like HTC's "squeezable" frame (found in the U Ultra and U11) will show up in the Pixel 2. Additionally, it should include front-facing stereo speakers, but it may not have a headphone jack this time around. Considerably more interesting is the Pixel 2 XL, which is said to be made by LG. While last year's two Pixel phones were basically identical aside from screen size, Android Police reported that the Pixel 2 XL will have a number of new features and design flourishes that set it apart. Most notably, the XL 2 should have a nearly bezel-less, edge-to-edge screen, similar to Samsung's Galaxy S8 and Galaxy Note 8, the LG V30 and the new iPhone X. Thanks to the lack of bezels, the XL 2 should be able to fit a 6-inch AMOLED panel into a frame that's about the same size as the original Pixel XL. That screen is expected to have a Quad HD, 1440p resolution, the same as last year's screen.

Just like the smaller Pixel 2, the Pixel 2 XL is expected to ditch the headphone jack in favor of a stereo-speaker array. And even though it's made by LG and not HTC, the XL 2 should also have a squeezable frame. As for the internals, both phones reportedly have Qualcomm's Snapdragon 835 processor, 4GB of RAM and either 64GB or 128GB of storage.

Pricing comes in about where you'd expect for flagship phones: the Pixel 2 is rumored to cost $649 for 64GB of storage or $749 for 128GB, while the XL 2 would go for $849 or $949. Thanks to its entirely new design and lack of bezels, the larger phone is pushing into the same expensive territory as the Galaxy Note 8 and iPhone X.

Last year's voice-activated Google Home speaker represented the company's big push to bring the Google Assistant off phones and into people's houses. While it looks like the original isn't going anywhere, Google is also readying a smaller, cheaper sequel meant to compete with the Echo Dot. Droid Life says that the Home Mini will cost $49 and give you unfettered access to the Google Assistant; it just won't have the larger speaker found on the regular Home. As such, you're not going to want to play music through this device, but if you already own decent speakers the Home Mini might be worth looking at.

While we've been hearing about the Home Mini for a while now, a report from 9to5Google suggests that Google will reveal yet another smart speaker next week. This larger device, reportedly dubbed the Home Max, is designed to better compete with Apple's forthcoming HomePod, along with Amazon's newly announced Echo and whatever voice-activated speakers Sonos is getting ready to unveil. Details on this new speaker are minimal right now, so it's a bit of a toss-up as to whether we'll actually see this next week or further down the line. But given how many speakers Amazon is now offering, diversifying the Google Home lineup isn't the worst idea. 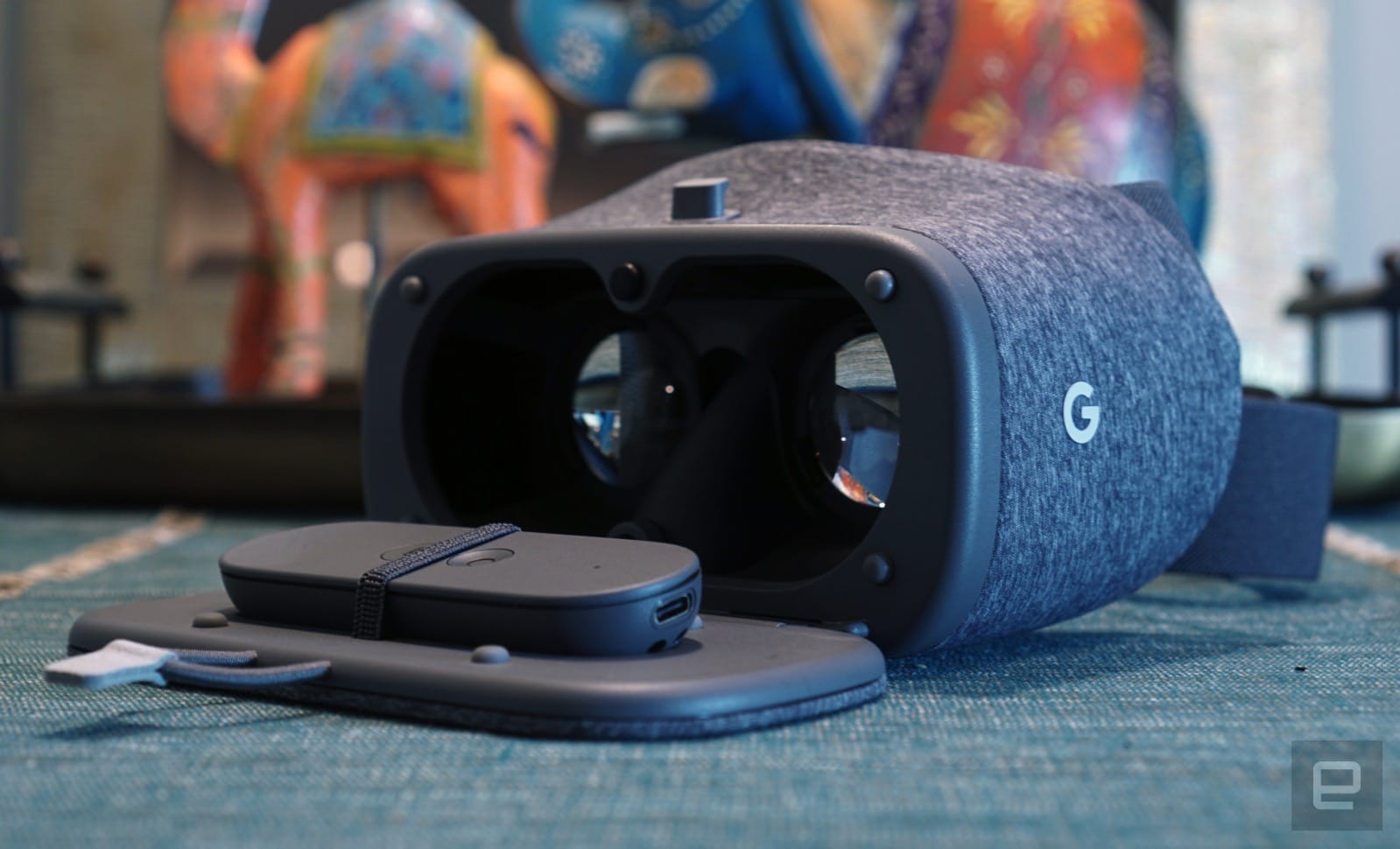 Google's VR headset is also apparently in line for an update, according again to Droid Life, but it's unclear what'll be different here aside from some new color choices. It's rumored to cost $99 this time around, $20 more than the original. At the very least, it looks like Google is moving away from the cloth-like finish of the original for something more closely resembling nylon (though it's hard to say for sure without trying it out for ourselves). Whatever the case, we can count on this headset working with Google's new phones. It's been a while since Google has had much to say about Chromebooks and Chrome OS. Last year's event skipped over the platform entirely, and Google has seen it fit to let partners like Samsung and ASUS show off their vision for Chromebooks. Google also hasn't dipped its toe into the ill-fated world of Android tablets in some time, either -- not since introducing the Pixel C two years ago. But it looks like Google may jump back into both categories with one product: the Pixelbook.

Droid Life believes that the Pixelbook will be a two-in-one laptop powered by Chrome OS that can fold back into tablet mode. It's essentially a successor to the two previous Chromebook Pixel laptops, but it'll have an entirely new hardware design compared to its successors. It'll also be the first to officially include stylus support -- in fact, Google will be selling its own "Pixelbook Pen" alongside it.

Because Chrome OS can now run Android apps, the Pixelbook will have access to the wealth of software in the Google Play Store (though, to be fair, most of those apps aren't optimized for larger screens). It'll still be a step up from your average Android tablet, though, as running the full desktop version of Chrome is significantly better than using its mobile counterpart.

As with Google's previous Pixel laptops, it appears the giant caveat will be price. Reports indicate this device will start at a steep $1,200 -- that's $200 more than the 2015 Pixel. That'll net you 128GB of storage, and Google is supposedly also selling versions with 256GB and 512GB at $1,400 and $1,750, respectively. While it wouldn't be surprising to see Google deliver new Chrome OS hardware, it would be pretty unusual to offer these storage options. Chrome OS has never been a platform dependent on large amounts of local storage -- as things are now, there'd be essentially no benefit to getting those higher-priced options.

The Google Assistant has been popping up in all manner of hardware lately, including headphones, so it's logical for Google to make its own pair. Some sleuthing by 9to5Google a few months back revealed some references to Google Assistant headphones inside the Google Android app. And with the new Pixel phones expected to drop the headphone jack, having a wireless solution would be an important part of Google's hardware ecosystem. Perhaps the strangest part of this rumor is that these headphones appear to be an over-the-head model rather than earbuds.

Late in August, Google announced ARCore, the company's answer to Apple's ARKit. It's a set of developer tools that'll make it easier to bring augmented reality apps to a huge variety of Android phones. Rather than use the more advanced but far less commonplace Tango hardware, ARCore will strive to bring AR to the masses. As this will be Google's first public event since announcing ARCore, it wouldn't surprise us if the company shows how it works with the new Pixel phones. We have our fingers crossed we'll be able to try it out for ourselves following Google's presentation -- but regardless of what Google announces next week, we'll be there bringing you the news live as it happens.

In this article: gear, google, googleassistant, googlehome, googlehomemax, googlehomemini, htc, internet, lg, mobile, personal computing, personalcomputing, pixel2, pixel2event, pixel2xl, pixelbook
All products recommended by Engadget are selected by our editorial team, independent of our parent company. Some of our stories include affiliate links. If you buy something through one of these links, we may earn an affiliate commission.