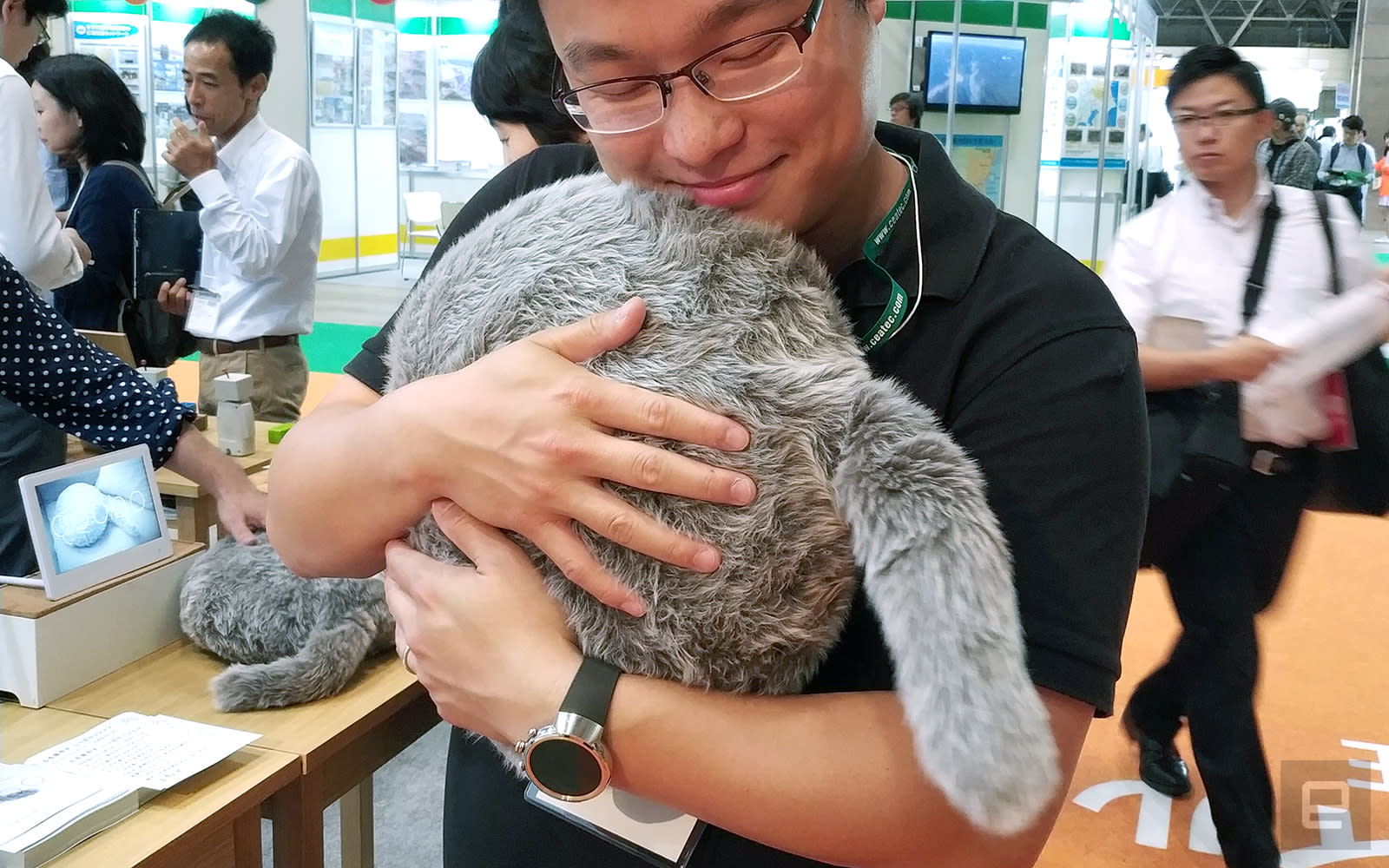 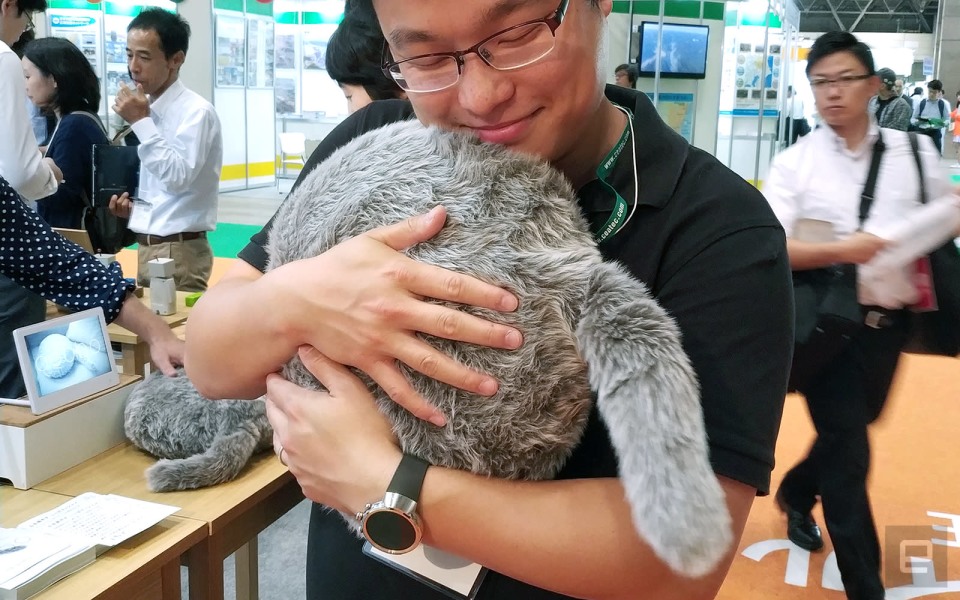 You may not instantly recognize the name "Yukai Engineering," but you may have already come across its earlier products like the Necomimi brainwave cat ears or the Bocco "family robot" at some point. At CEATEC, the Japanese company unveiled its latest wacky product, the Qoobo "tail therapy" robot. This is essentially a cushion with a realistic cat tail that reacts to stroking and patting, such that it's able to comfort its "owner" like a real pet would simply through tail wagging. To make it more lifelike, Qoobo also wags its tail randomly when it is left alone for too long. As a cat owner myself, I was surprised by how realistic the tail moved, especially with how its wagging intensity increased as I petted it harder (my cat would eventually warn me with a bite). Interestingly, the stroking detection is mostly done with just one accelerometer inside the body, according to CEO Shunsuke Aoki. He added that despite the cat-like appearance, the realistic tail movement is actually based on research on both cat and dog behavior. Still, I'd like to think of Qoobo as more of a cat, and that's me speaking as an owner of both a cat and a dog.

The idea of Qoobo originated from one of Yukai Engineering's 20 employees in an internal competition about half a year ago. The designer had a cat, but since the apartment she moved into didn't allow pets, she had to leave her cat with her parents. This inspired her to come up with a lifelike pet substitute that would make her feel better whenever she thought of her cat. And of course, this would double as a therapy robot for potentially treating depression and anxiety, as not everyone has access to a therapy cat or dog for various reasons -- be it costs, allergies or the aforementioned apartment restrictions.

Qoobo will be launched via a crowdfunding platform later this year for around $100, and it's expecting a June 2018 delivery. It'll have two color options: "husky gray" and "French brown." The final product will have an eight-hour battery life with USB charging, though Aoki has yet to decide where to place the USB port. Admittedly, we had a good laugh about this, too.

Update: Qoobo is now on Kickstarter, and it didn't take long before it reached its funding goal.

Update 2: Qoobo is now available for pre-ordering in the US for $89 each (be sure to select "US Dollar" at the top right corner of the page).