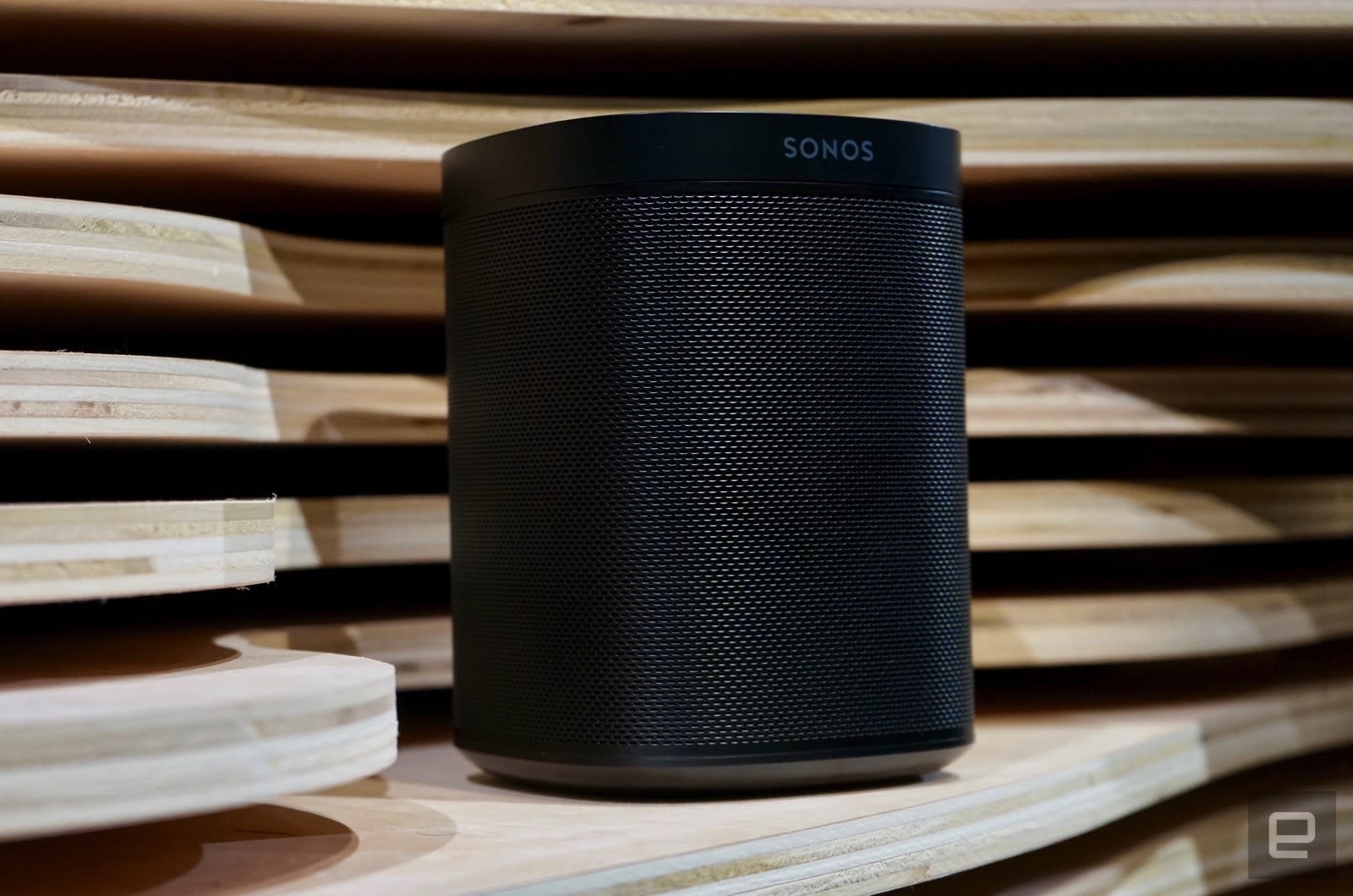 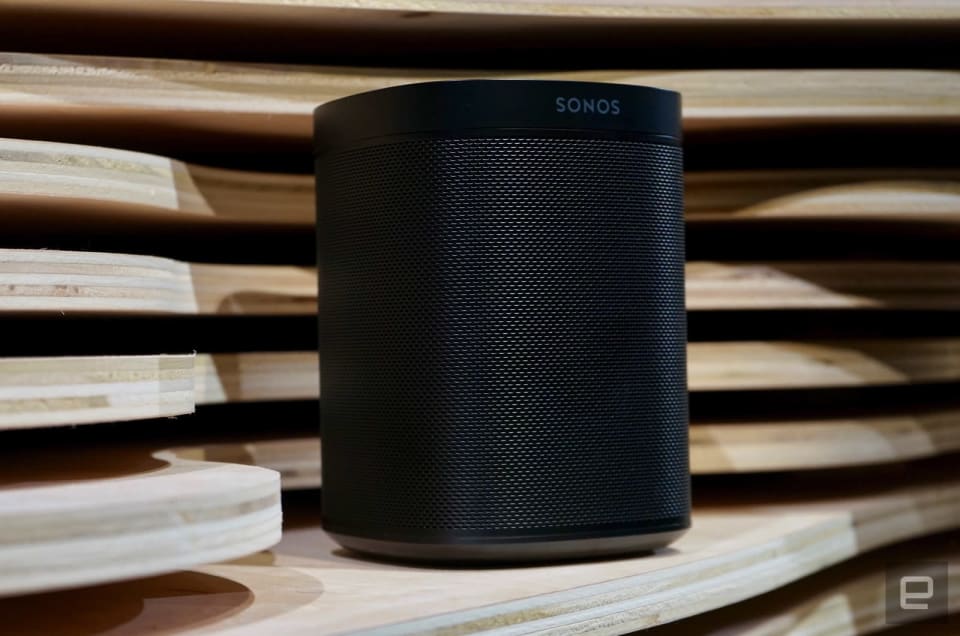 After months filled with teases, rumors and speculation, Sonos has finally introduced its first speaker with built-in support for voice commands. Today, at an event in New York City, the company unveiled the Sonos One, a device billed as "The Smart Speaker for Music Lovers." As expected, the main attraction here are the voice features, which at launch will be powered by Amazon's Alexa virtual assistant. We say "at launch" because Sonos CEO, Patrick Spence, ended the presentation with the news that the One will also work with Google Assistant in 2018.

You'll notice right away that the new speaker, which arrives October 24th for $199/£199, looks nearly identical to the Play:1. That said, the One does come with a few aesthetic changes, including a ring of microphone holes, an LED light and the traditional play/pause button -- all located on the top panel. Additionally, the grill has been tweaked subtly and it now comes in two colors: all-black and all-white. When asked what exactly changed internally, aside from addition of an array of mics, Sonos only went as far as to say that the One was "reengineered" from the ground up and features the "same great sound" as the Play:1.

Those of you who already own a Sonos speaker shouldn't be completely jealous of the One. The company also announced earlier that Alexa voice control is coming to existing models in a public beta, albeit you'll need a device such as an Echo Dot to make that work. Meanwhile, support for Apple's AirPlay 2 will also be coming to the One and other Sonos speakers in 2018, which will allow you control them directly using your iOS device, like an iPhone or iPad.

Allen Mask, head of partnerships at Sonos, says the company needed to make its platform more open in order to keep evolving. "We were missing the element of openness," he said. "We can develop these technologies [on our own], but we can only go so far. Opening up the platform makes it faster to get to where we want to go." As for whether or not the One is intended to replace the Play:1, Mask said that's not the plan for the foreseeable future, noting that Sonos is just as excited about making hardware work with an Alexa add-on as it is about its new speaker.

In this article: alexa, amazon, amazonalexa, av, echodot, entertainment, gear, google, googleassistant, hands-on, home, interview, services, sonos, sonos1, sonosone, speaker, virtualassistant, voiceassistant, voicecontrol, voicerecognition
All products recommended by Engadget are selected by our editorial team, independent of our parent company. Some of our stories include affiliate links. If you buy something through one of these links, we may earn an affiliate commission.