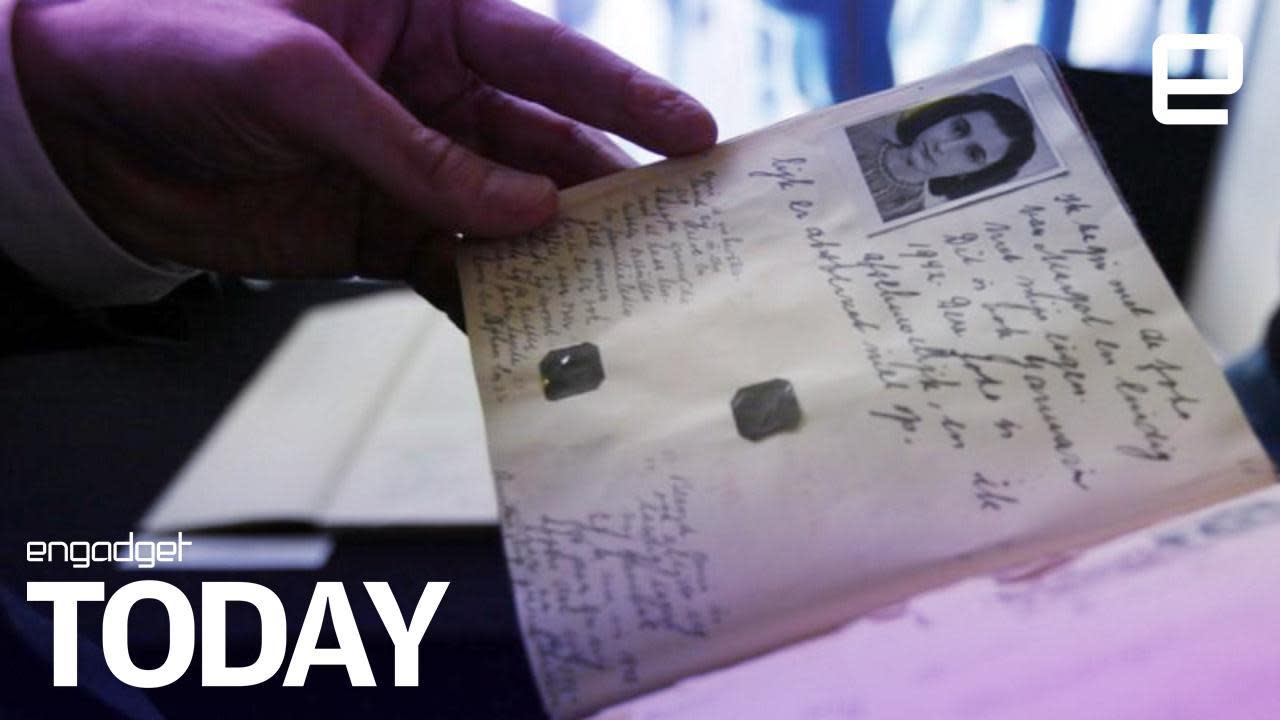 In August of 1944, Anne Frank and her family were captured by the Gestapo after spending a gruelling two years hidden in a secret annex within their apartment. The prolific diarist's work would posthumously bring her fame and recognition the world over. But, to this day, no one has been able to identify who was behind the betrayal that led to her death in a concentration camp. Fast forward 73 years, and a former FBI agent is betting artificial intelligence can help crack the mystery. Retired sleuth Vincent Pankoke, and his team of investigators (comprised of forensic scientists and members of the Dutch police force), are partnering with Amsterdam-based data company Xomnia on the ultimate cold case.

As part of the newly-opened enquiry, a specially developed algorithm will scour reams of documents from the period. The master database of info being fed to the AI includes lists of of Nazi collaborators, informants, historic documents, police records, and prior research. "Our software allows [the team] to search the data and visualize it new ways. This has already led to a few new traces," said Marius Helf, chief data scientist, Xomnia. "In the future, we plan to make the systems more intelligent, in the sense that it will be able to automatically connect persons, events, and places." Pankoke told Reuters that the software will be able to provide new leads and connections based on the trove of data "that a human in their lifetime might not be able to review."

The past several decades have seen numerous theories about Frank's betrayal floated about. It's been alleged by writers and investigators that the Frank family's neighbours, co-workers, or even the Gestapo's Jewish informants could have been behind the disclosure. Whereas, prior police investigations in 1948 and 1963 honed in on just one individual (warehouse manager Willem van Maaren) without probing other scenarios.

More recently, the Dutch Institute for War, Holocaust and Genocide Studies cast doubt on the speculation, claiming there was no conclusive evidence implicating any of the proposed suspects. And, just last year, the Anne Frank House in Amsterdam suggested that the raid on the residence could have been a mere coincidence. But, in both cases, the respective institutions stated that more investigation and evidence gathering was required.

The team working on the latest cold case are hoping that the public can provide some of that much-needed info. And, as a crowdfunded venture, the project is also relying on patrons to fund it to the tune of $5 million. The aim, however, is not to seek prosecution. Instead, the intention is to complete the case by August 4, 2019, which will mark 75 years since the arrest of Anne Frank.

In this article: Ai, annefrank, aoloriginals, artificalintelligence, coldcase, dailyshow, datascience, Engadget, EngadgetToday, engadgetvideo, entertainment, gear, Gestapo, holocost, internet, KerryDavis, Nazi, politics, robots, video, VincentPankoke, Xomnia, hidden:vv_3x4:18c222dc-1a29-360b-9f07-89617db5af3d, hidden:vv_09x16:c5420c1d-b298-3fc8-b33c-aaa2cb10585f, hidden:vv_16x09:ff4adb01-fcbc-35e4-b4bf-5a0a44ed8ae1
All products recommended by Engadget are selected by our editorial team, independent of our parent company. Some of our stories include affiliate links. If you buy something through one of these links, we may earn an affiliate commission.