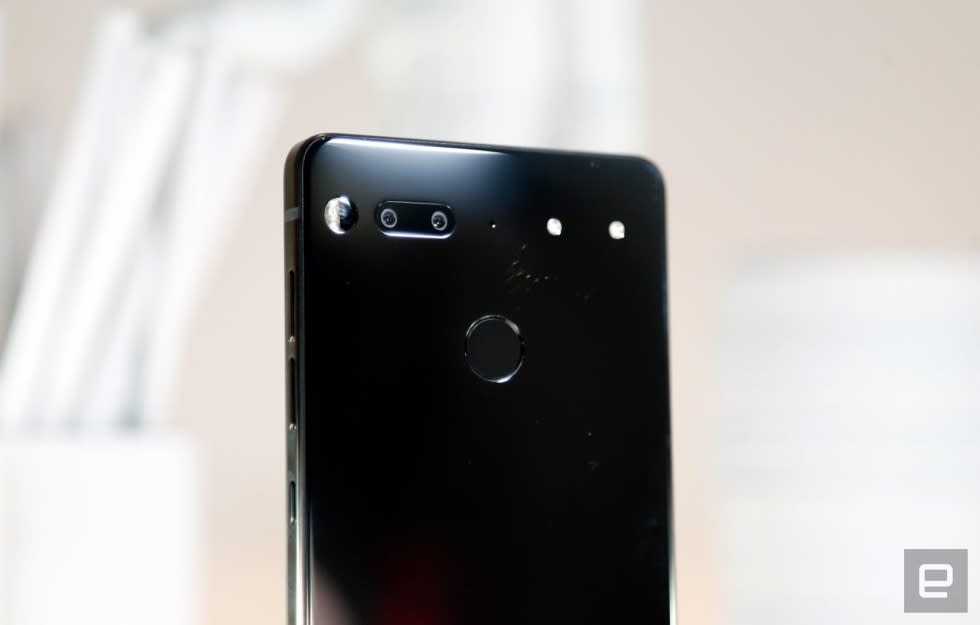 When Andy Rubin's Essential Phone came out in September, our review called out its poorly-performing camera while also noting that there were two new updates to improve things in the week we had the device. Now, Essential users are getting another upgrade for the phone and Camera app that brings impressive performance to the device, including a speed boost of 40 percent in regular or low light.

According to Essential, they've been able to improve image quality via post-processing software updates. They've also upgraded the 360 photography system by adding spacial sound to the four ambisonic microphones in the Essential phone, along with a countdown timer so you know when to start taking the shot. The update also brings better brightness and performance in low-light, the ability to use the volume up and down keys as shutter buttons, and other bug fixes.

That's not all, though. "Several additional improvements are in the works (more HDR improvements, live 360 streaming to Facebook and Periscope, animated 360 stills and filters, Portrait Mode and Pro Mode) and will continue to roll out through updates on Google Play," wrote Director of Software Engineering Michael Kolb. The update comes with system build NMI81C and should roll out sometime today.

In this article: Android, andyrubin, camera, cameras, essentailphone, essential, gear, mobile, speed, speedboost, update
All products recommended by Engadget are selected by our editorial team, independent of our parent company. Some of our stories include affiliate links. If you buy something through one of these links, we may earn an affiliate commission.