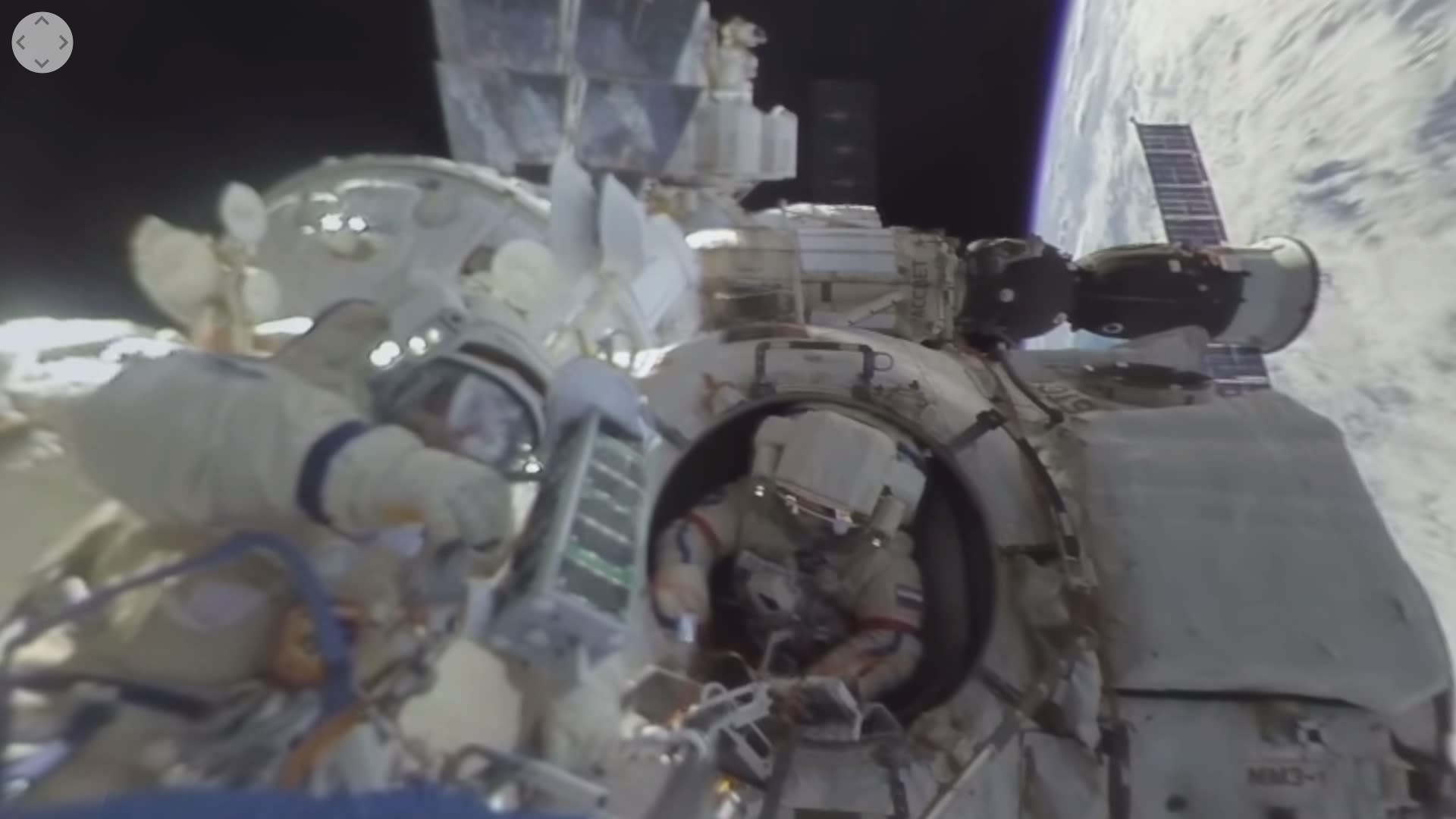 You can always count on the crew of the International Space Station to harness technology to bring us up to the heavens with them. Back in July, they uploaded enough footage to map the entire station out on Google Streetview. Today, the crew uploaded the first spacewalk recorded in 360-degree video. Immerse yourself in footage of mankind maintaining its farthest outpost at the border of space.

The video was made by the Russian space agency Roscosmos in collaboration with Russian news outlet RT. It shows cosmonauts Sergey Ryazansky and Fyodor Yurchikhin performing station maintenance and launching three nano-satellites into space during 7.5-hour spacewalk performed back in August. Two of them, named Tanyusha, were created by students in Kursk. Another, the Tomsk-TPU 120 from the city of Tomsk, actually broadcasts multilingual messages that amateur radio enthusiasts can listen to by tuning into frequencies 437.025 MHz and 437.05 MHz.

The video captures the cosmonauts tossing three of the tiny satellites into orbit, letting them fall into gravitational limbo as the massive earth spins beneath it. Watch for the sheer daunting perspective on humanity and stay til the end as a time-lapse speeds up the spinning planet below.

In this article: 360Degree, iss, space, SpaceWalk
All products recommended by Engadget are selected by our editorial team, independent of our parent company. Some of our stories include affiliate links. If you buy something through one of these links, we may earn an affiliate commission.