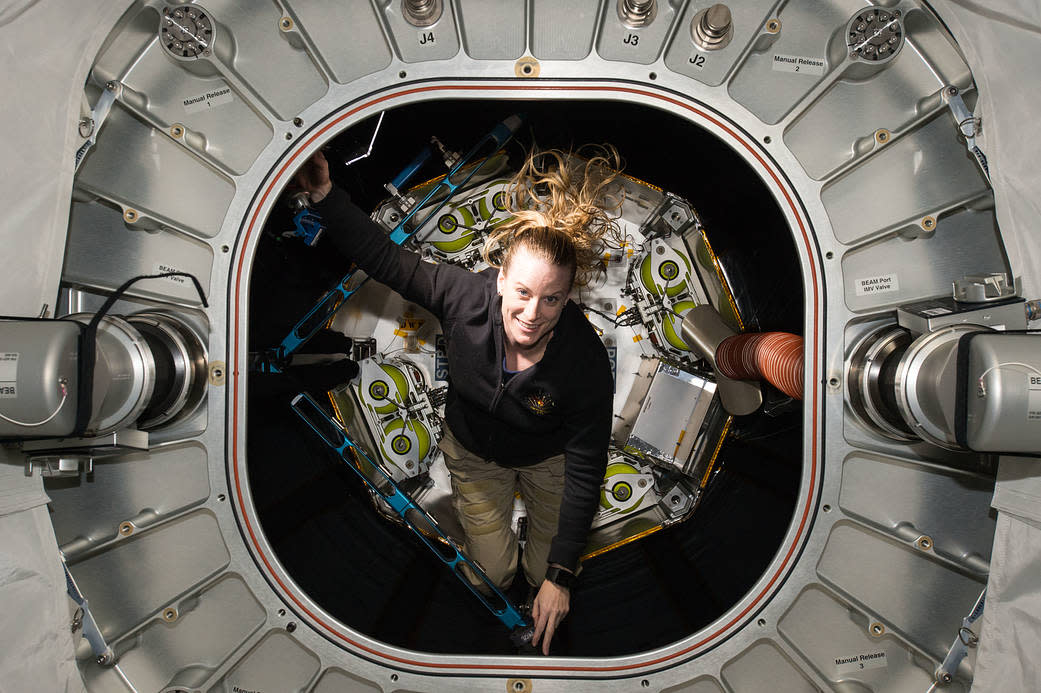 The Bigelow Expandable Activity Module (BEAM) was only supposed to stay attached to the ISS for two years. It's been performing well enough in its technological demonstration, however, that NASA now wants to extend its stint for three more years. Astronauts aboard the ISS installed BEAM in early 2016 as an experiment, with the intention of regularly checking its integrity, conducting radiation shielding experiments and collecting microbial air and surface samples from within its confines. The results of those tests prove that the module is tough enough to survive the harsh conditions of outer space for far longer than its original lifespan.

While Bigelow Aerospace ultimately wants its expandable habitat to serve as living quarters, it's way too early to expect astronauts to live inside the module. BEAM will instead serve as storage space to hold up to 130 cargo transfer bags used to transport supplies from a spacecraft to the station.

Its new role will free up space inside the ISS for more experiments. It will also allow NASA to learn more about modular habitats' structural integrity, thermal stability and resistance to space debris, radiation and microbial growth. The extended experimental period could bring us closer to the independent inflatable stations Bigelow Aerospace wants to send to low-Earth orbit.

Based on the procurement filing NASA submitted, the new contract will overlap with the older one and will begin later this year. By the end of the new three-year contract, the agency could choose to extend it for one more year or to finally jettison and allow it to burn as it enters our planet's atmosphere.

In this article: beam, extension, gear, iss, nasa, space
All products recommended by Engadget are selected by our editorial team, independent of our parent company. Some of our stories include affiliate links. If you buy something through one of these links, we may earn an affiliate commission.