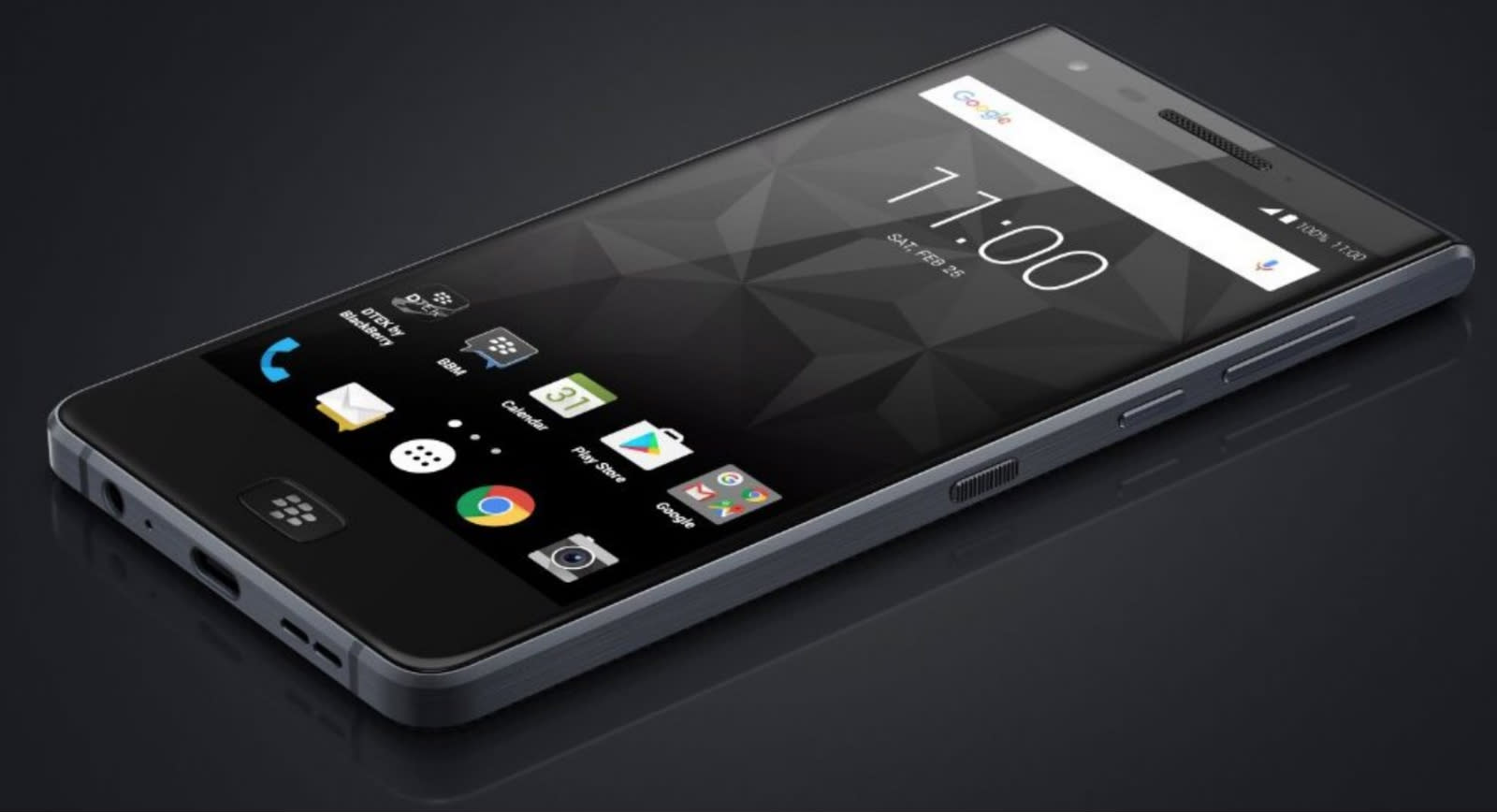 BlackBerry's decision to embrace Android may not restore the brand to its former glory, but it's been a promising start. We were impressed with its latest phone, the KeyOne, which catered to classicists with its hardware keyboard. But, its followup, will once again ditch the brand's defining physical characteristic -- at least, if a new leaked render is anything to go by. The image, tweeted by Evan Blass, gives us our first look at the front of the touchscreen handset.

Okay, so the rumour mill already let slip that the device would pack virtual keys. And, TCL (BlackBerry's partner on its handsets) told us it would be water-resistant. But, aside from offering up a proper look at its design -- which we'll touch on later -- Blass also dropped what may be its official title. The handset everyone was referring to as the "Krypton" is reportedly dubbed BlackBerry Motion. We can't say that the name change comes as much of a surprise, seeing as the KeyOne also had a different title (Mercury) during its prototype stage.

In terms of its look, the BlackBerry Motion doesn't fall in line with the current bezel-free trend. It also contains a home button with an embedded BlackBerry logo. And, there's a 3.5mm headphone jack. So, in many ways it is a classic device -- albeit not in the traditional Blackberry mould. Still, that doesn't mean the company is doing away with its other defining features. The Motion will carry the robust security software that BlackBerry prides itself on, and apparently boasts a mammoth 26-hour battery life. Details on its full list of specs, however, are still scarce.

The handset is rumored to arrive this month. Although, if past examples like the BlackBerry KeyOne Black edition are any indication, TCL could be releasing the Motion in some markets first before bringing it worldwide.

In this article: AndroidPhone, blackberry, blackberrykrypton, blackberrymotion, gear, mobile, tcl, TclCommunicationTechnology
All products recommended by Engadget are selected by our editorial team, independent of our parent company. Some of our stories include affiliate links. If you buy something through one of these links, we may earn an affiliate commission.