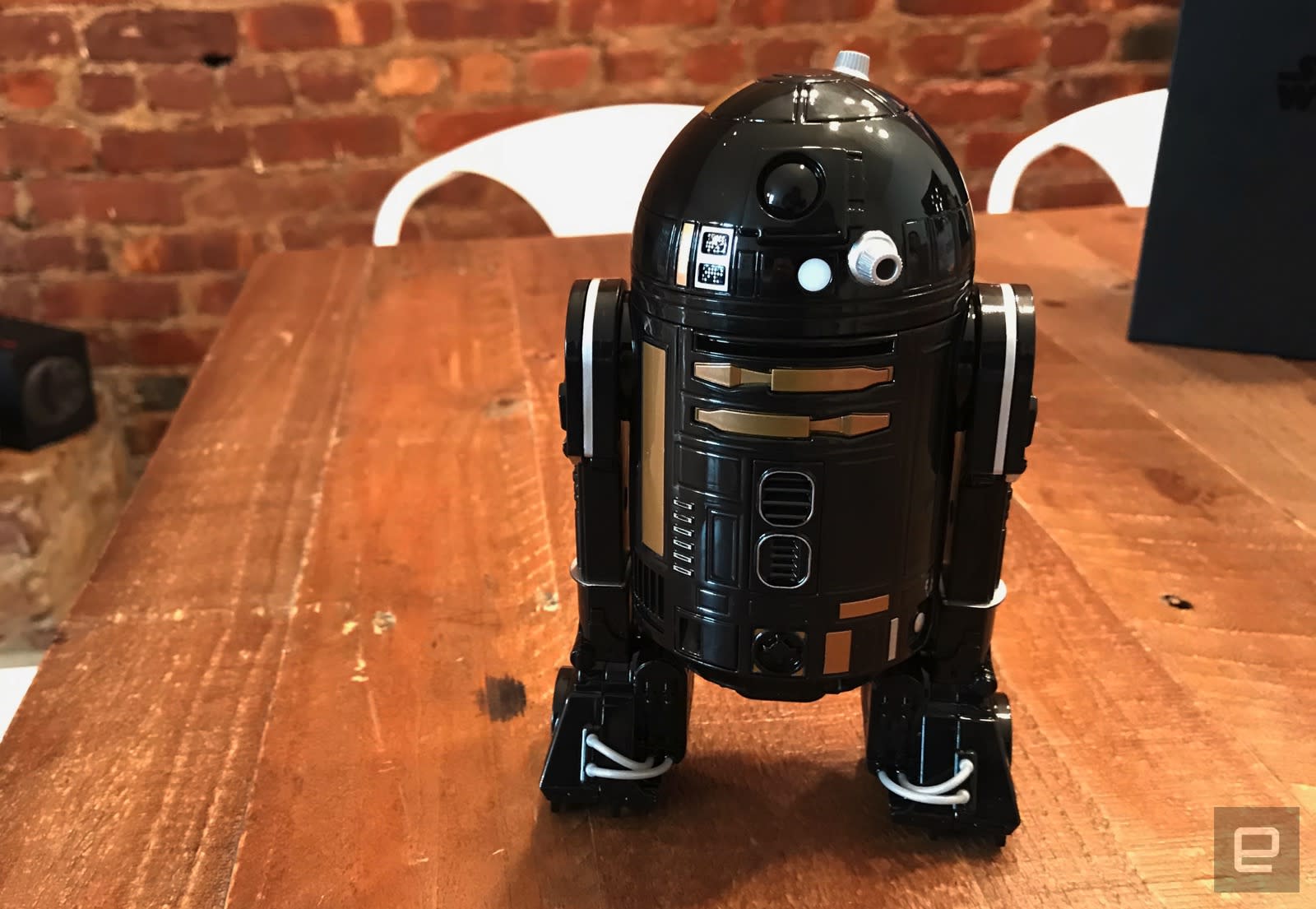 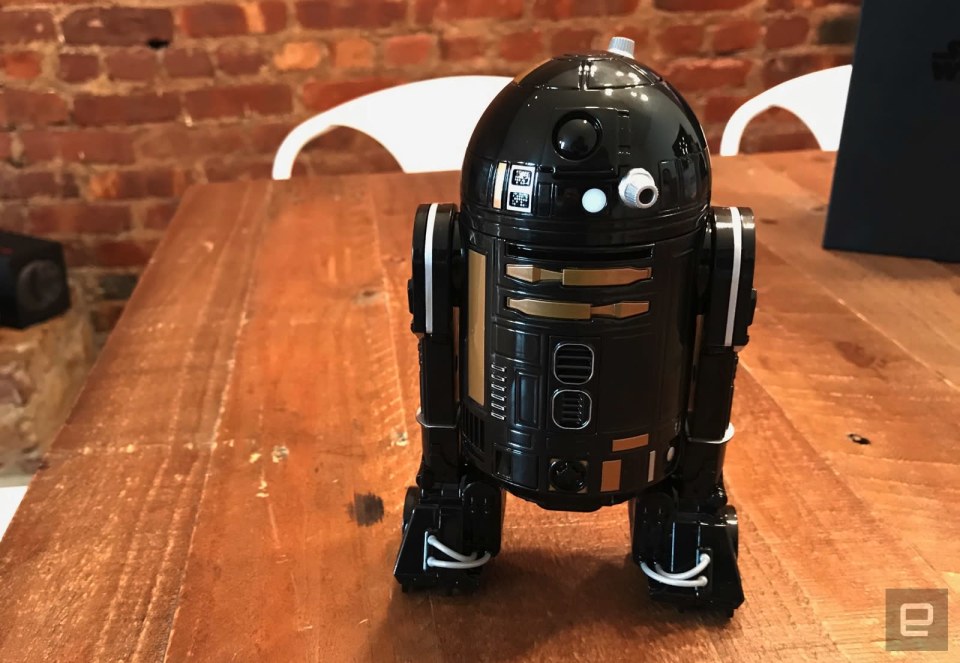 Sphero just announced a new app-controlled robot a few days ago, the Mini, but that doesn't mean it doesn't have anything else in the works. The company has now revealed the latest member of its Star Wars family, R2-Q5, the Empire's version of the beloved R2-D2 character. As is the case with all of Sphero's toys, you can take charge of R2-Q5 via its Droids app for iOS and Android, where you'll be able to drive it, hear it make sounds and use it to play various mini games. You'll need to act fast if you want one for yourself: Sphero says the number of R2-Q5 numbers made is in the "low thousands," and Best Buy has an exclusive on it in the US, while John Lewis has that honor in the UK. Pre-orders are open now for $200/£200, with shipping expected to happen November 5th. 8
In this article: bestbuy, comic-con, comiccon, droid, droids, entertainment, gadgetry, gadgets, gear, hands-on, lucasfilm, nycc, nycc2017, r2d2, r2q5, rd-d2, robot, robots, rs-q5, sphero, starwars, TL18DRD
All products recommended by Engadget are selected by our editorial team, independent of our parent company. Some of our stories include affiliate links. If you buy something through one of these links, we may earn an affiliate commission.