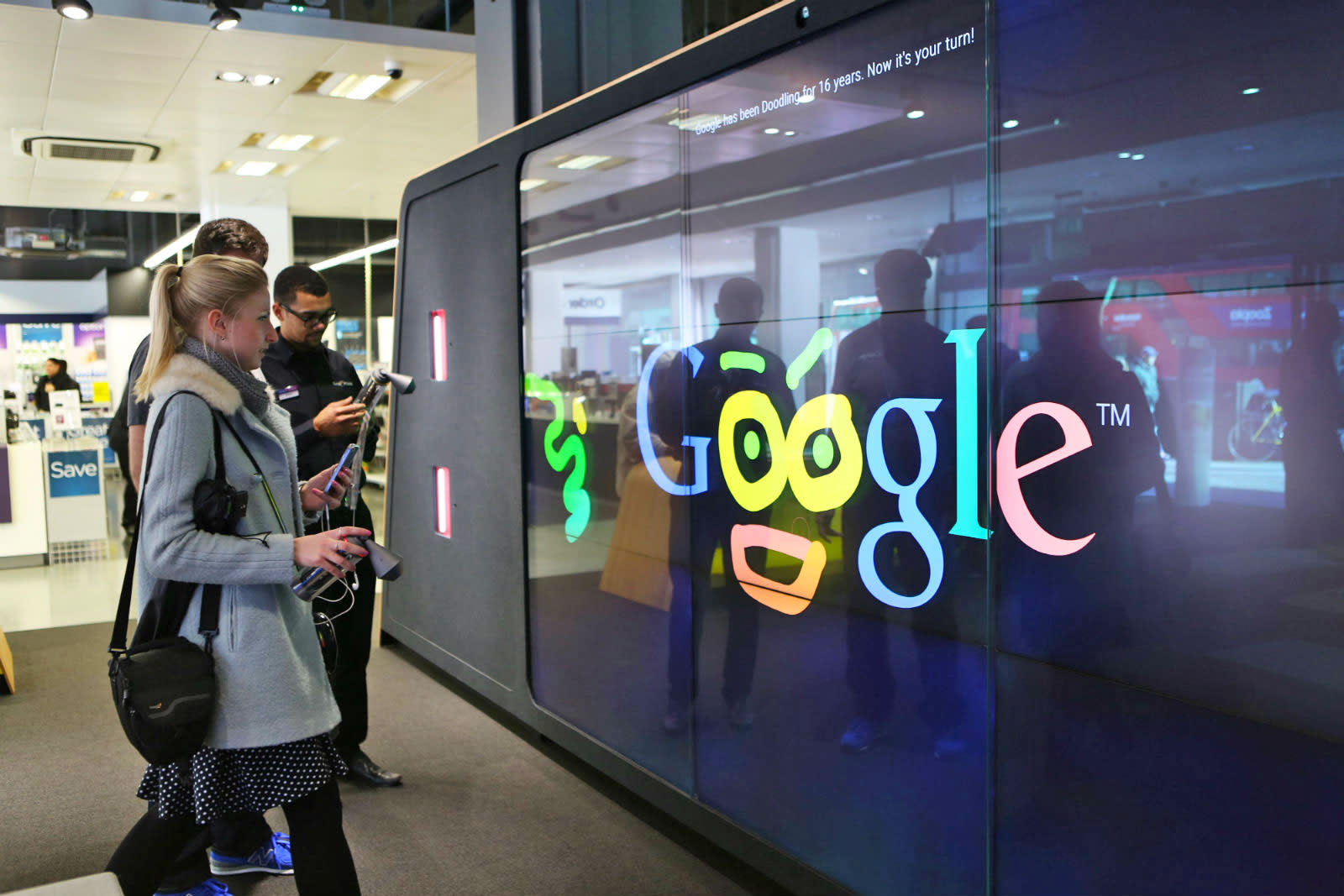 Google is making its minimal homepage that little bit busier. Keep your eyes peeled the next time you land on Google.com and you should spot two new links in the upper left hand corner. "About" and "Store" are the debutants. One gives you the lowdown on the company's history, software, team, and search Trends. The other is aimed at your wallet. Yes, Google wants you to know that it's a serious hardware player now. And, what better way to do that than to navigate you to its store.

The company recently unveiled its flagship Pixel 2 phones, a new Daydream VR headset, and little and large additions to its smart speaker family, among other (equally impressive) items. This is its (unobtrusive) way of serving them directly to you. The new links were spotted by Android Police, which also saw a bunch of text ads for the new products below the search bar on October 5th (but they seem to have vanished since).

So, the next time you jump on Google.com in search of a smartphone, you may not have to look very far. If Google has its way, you'll shop directly from the source -- just don't go expecting to buy an Android Wear smartwatch while you're there.

In this article: gear, google, internet
All products recommended by Engadget are selected by our editorial team, independent of our parent company. Some of our stories include affiliate links. If you buy something through one of these links, we may earn an affiliate commission.