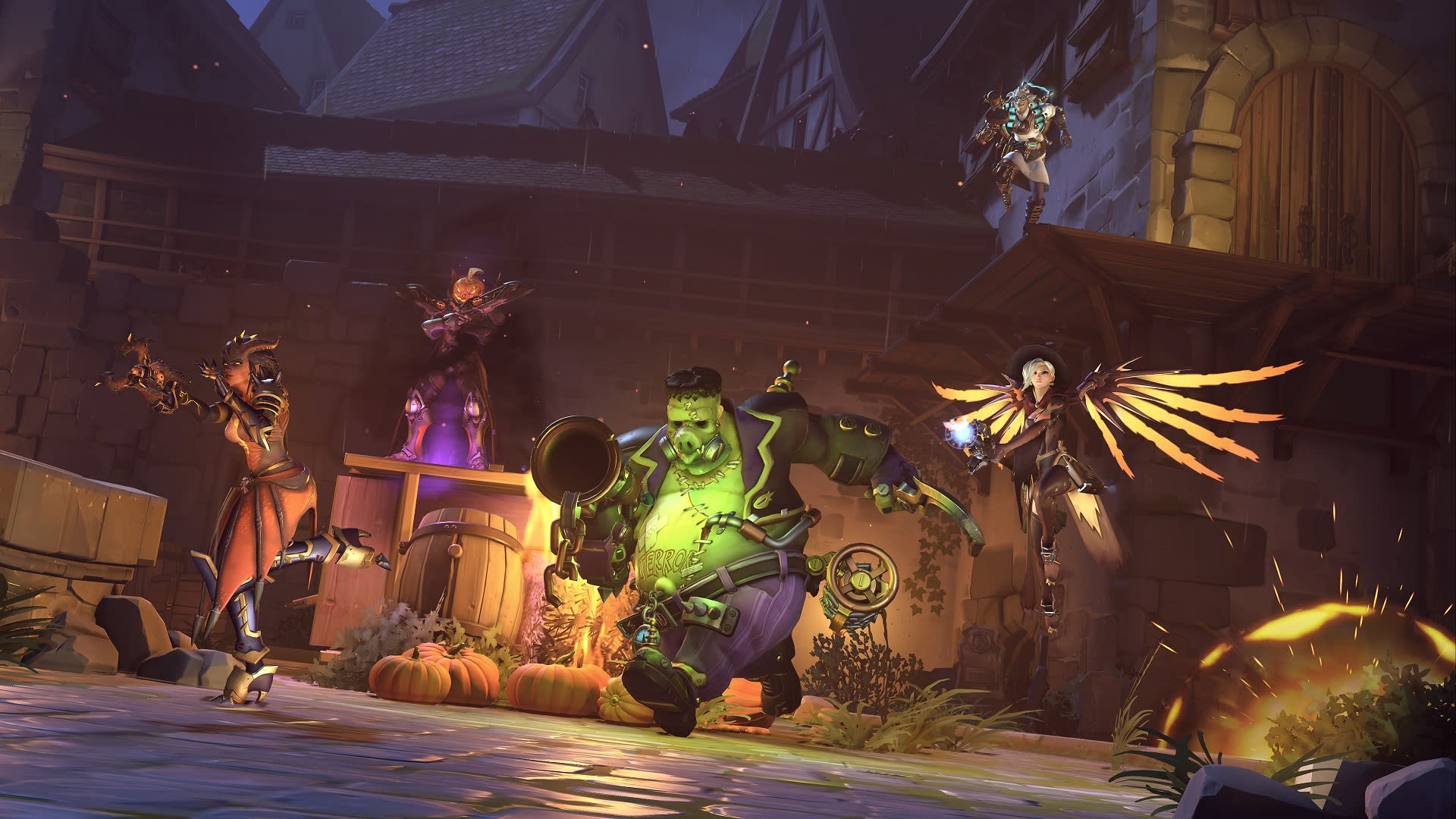 Blizzard teased that its hero shooter Overwatch would get Halloween seasonal event last week, but didn't release any details. But now it's live, which brings back last year's spooky players-vs.-AI brawl mode with the standard slew of new character skins and emotes.

The return of the Junkenstein's Revenge brawl marks the first recycled seasonal event -- but since we only got a month to play it last year, it's hard to complain. It's identical to last year: Pick one of four heroes and hold the door against a horde of AI-controlled robot goombas while minibosses occasionally show up to wreck the party. Those who want a bit more of a challenge will enjoy the new Endless Night version of the brawl, which pits a different quartet of heroes against an unending tide of enemies. Best scores get a spot on the brawl leaderboard.

Otherwise, the seasonal event brings more new skins, including a Van Helsing-ified McCree and 80s Zarya -- but you can also snag any of last year's Halloween outfits you might have missed. There are also new emotes and victory poses for you completionists. Lastly, the stages Eichenwalde and Hollywood have been decked out in haunted flair for the holiday as bonus maps. Overwatch's Halloween Terror ends November 1st, so get your spooky fun in now.