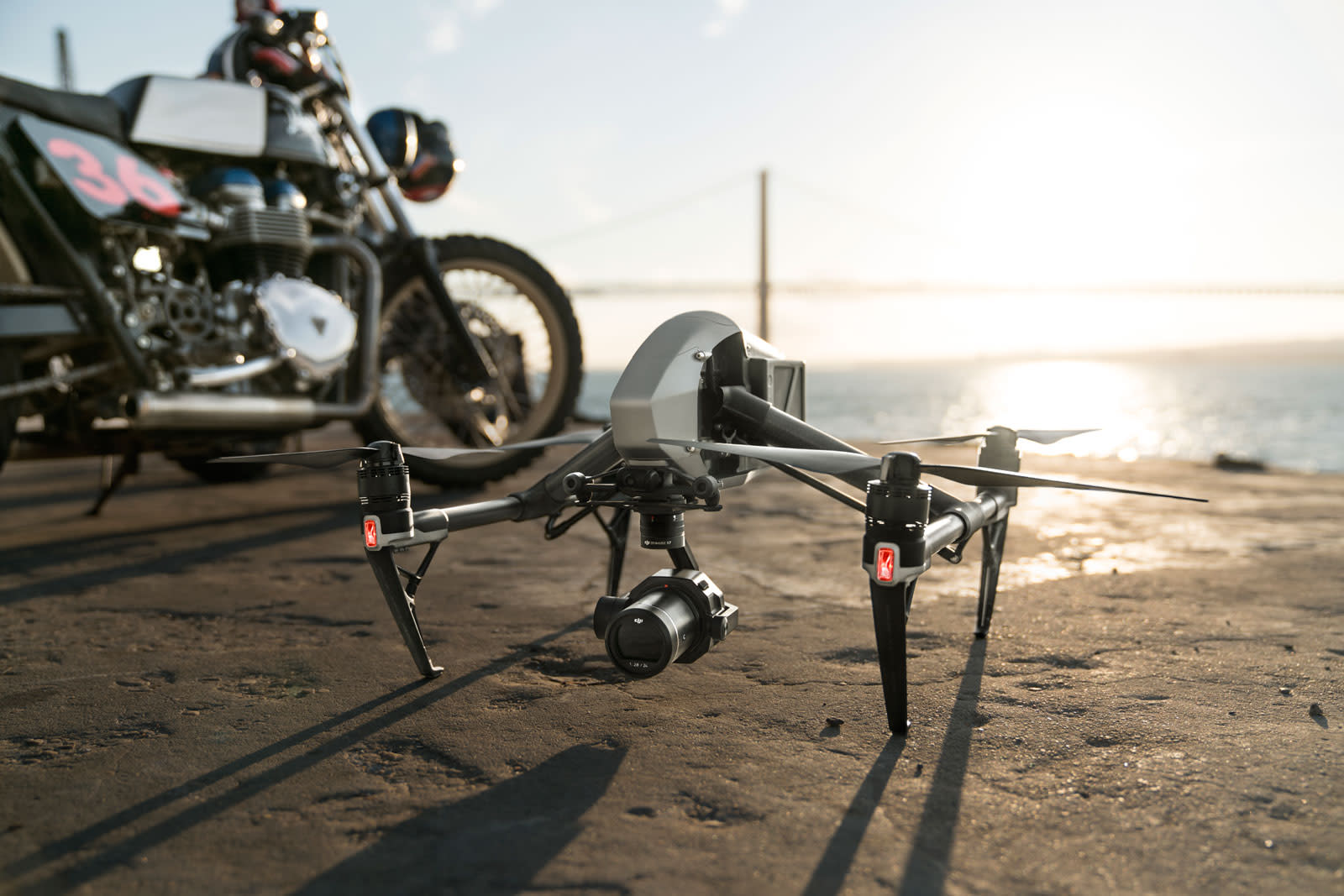 You can certainly shoot movies with drones right now, but that doesn't mean drone cameras are ideally suited to movie-making. They seldom have the resolution and image quality of the pro movie cameras you see on the ground, let alone the high-quality lenses. DJI is trying to fix that -- it's introducing the Zenmuse X7, billed as the first Super 35 digital camera tuned for pro drone cinematography. Its large sensor lets you shoot 6K RAW video (in CinemaDNG format) with 14 stops of dynamic range, promising crisp, editing-ready video with plenty of detail in low light. And like any good movie-grade camera, the glass plays a prominent role.

The X7 relies on a dedicated mount system built for carrying prime lenses. You have choices of 16mm, 24mm, 35mm and 50mm lenses, all of which have a maximum f/2.8 aperture. You should get a shallow, film-like depth of field for closer shots regardless of which lens you use. The 16mm lens has an ND 4 filter, while all the other lenses tout mechanical shutters.

Software may play as much of a role as the optics themselves. There's a Cinema Color System to offer more flexibility in the editing booth, and a new mode imitates the behavior of film cameras to help preserve info.

To no one's surprise, airborne cinematography won't come cheap. The base Zenmuse X7 costs $2,699 by itself, while every lens save for the 50mm costs $1,299 (the long-ranged lens costs $100 less). Completists will probably want to buy a four-lens bundle at $4,299. At least you won't have long to wait before you can start on your aerial magnum opus, as the X7 and its lenses start shipping in early November.

In this article: AerialCamera, camera, cameras, dji, drone, drones, gear, movies, robots, super35, zenmusex7
All products recommended by Engadget are selected by our editorial team, independent of our parent company. Some of our stories include affiliate links. If you buy something through one of these links, we may earn an affiliate commission.