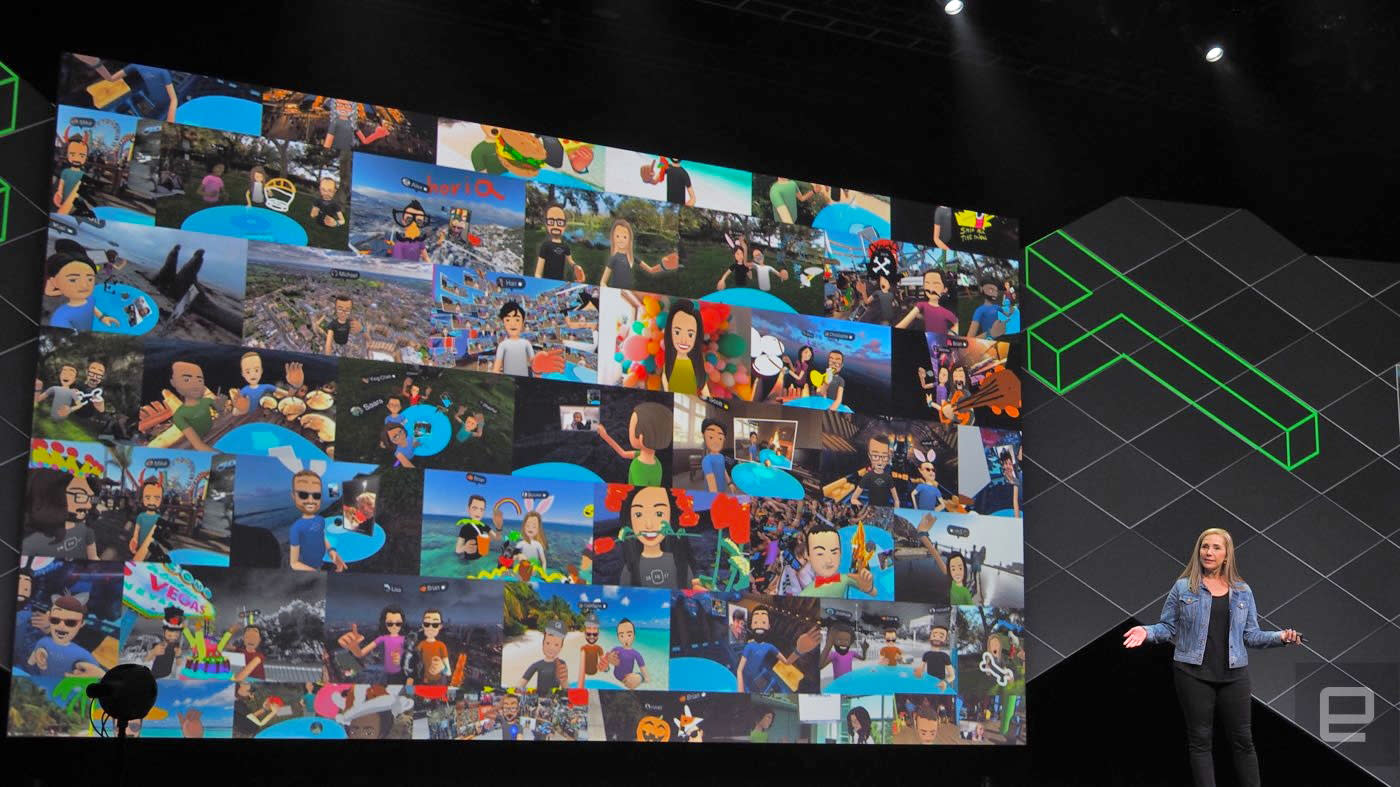 Earlier this year, Facebook unveiled Spaces, its answer to social VR. In it, you could turn yourself into an animated avatar, and then interact with your friends and family in virtual hangouts and share 360-degree photos and videos. You could even snap a shot of yourself and your buddies with a virtual selfie stick. Today, the company is announcing a few new updates to make Spaces that much more enticing.

First, Spaces will now get live 360-degree video. This means that you can immerse yourselves on the red carpet at the Oscars or be right there with your friend when he's at Disneyland. Next, a VR art program called Quill is making its way to Spaces too. Quill is a VR painting tool that's available for free already, and has been used to make original films such as Dear Angelica. This way, you can create art in the virtual space with your friends.

It's all part of Facebook's plan to make Spaces a social VR destination. Rachel Franklin, Facebook's head of social VR, says that you can make toys, props, 3D collages, play dice and more in Spaces. You can also combine items and make your very own VR toy kit.

Last but not least, Franklin also announced Facebook 3D posts, which are objects created in VR but can be shared and experienced in the regular news feed. So when you do see these 3D objects on your regular PC, you can drag and move the object around with your regular mouse, no VR headset required.

In this article: facebook, gear, internet, oc4, oculus, oculusconnect4
All products recommended by Engadget are selected by our editorial team, independent of our parent company. Some of our stories include affiliate links. If you buy something through one of these links, we may earn an affiliate commission.