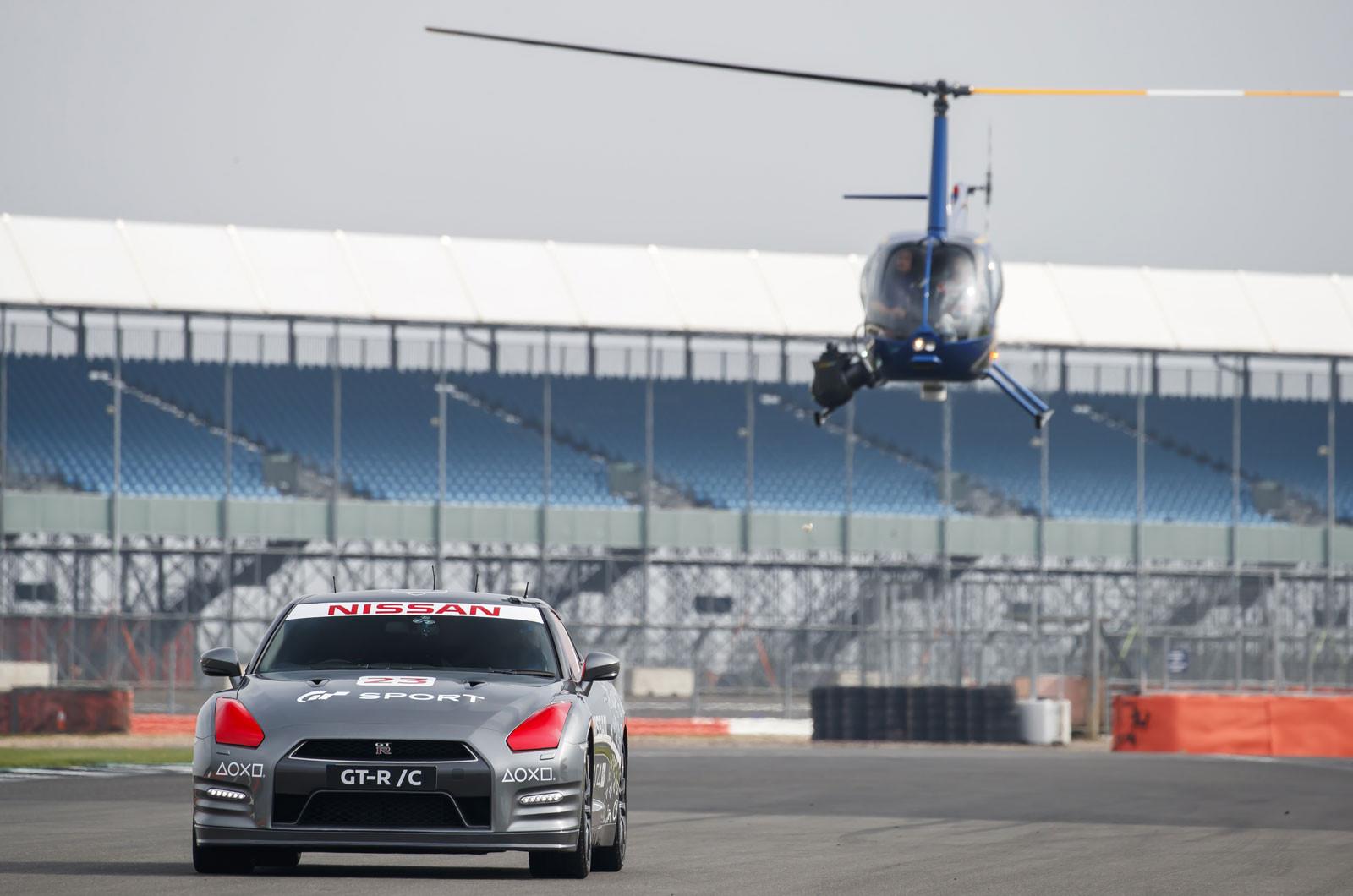 Professional racer Jann Mardenborough recently got the chance to live every Gran Turismo fan's dream: he drove a real car using a DualShock 4 controller from aboard a helicopter. That car was a modified Nissan GT-R aptly called the GT-R /C, made to celebrate the automaker's 20th year of involvement with Gran Turismo and GT Sport's upcoming launch. The vehicle is fitted with four robots -- one each to control the steering wheel, transmissions, brakes and throttle -- and a micro-computer to receive commands from the unmodified DualShock.

That micro-computer is responsible for interpreting the joystick and button signals and transmitting those signals to the car's onboard systems. Aboard the helicopter, Mardenborough got help from a sensor and a display on the cockpit that showed the GT-R /C's speed. On his fastest lap that lasted one minute 17.47 seconds, the vehicle reached 131 mph and averaged 76 mph.

Mardenborough described the event as "once-in-a-lifetime, truly epic stuff." Damn right. Most of us will never have the opportunity to drive it, but we can play Gran Turismo Sport when it drops for the PS4 on October 17th in the US, October 18th in Europe and Australia and October 19th in Japan. Nissan will also use the car in a tour of primary and secondary schools in the UK next year to promote future careers in STEM.

In this article: dualshock4, gaming, granturismo, granturismosport, Nissan, nissangtrc, transportation
All products recommended by Engadget are selected by our editorial team, independent of our parent company. Some of our stories include affiliate links. If you buy something through one of these links, we may earn an affiliate commission.