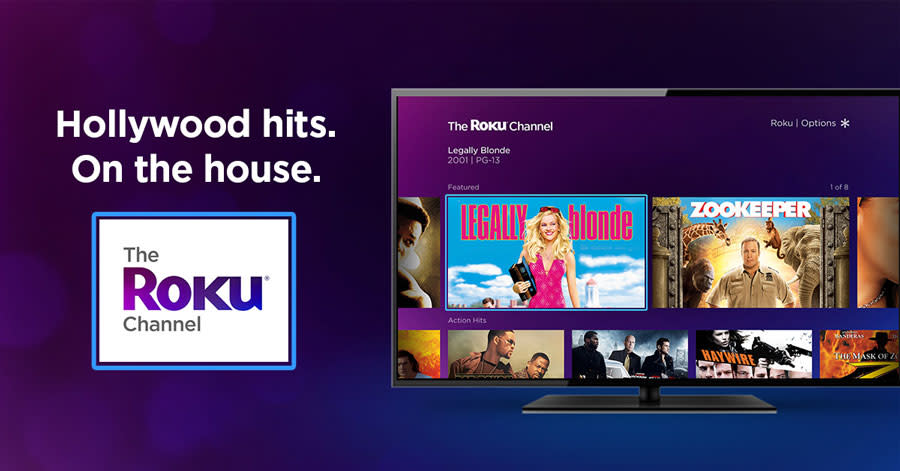 A month ago, Roku announced that it was launching its own movie channel with both big studio flicks and small releases. The company planned a phased rollout to anyone using any of its post-sixth generation devices and TVs. Today, it's finally available for everyone (so long as they're using a Roku product made after June 2011).

The channel includes films from Lionsgate, MGM and Sony Pictures, but also Roku channel publishers like Popcornflix. It's free for all users, so don't expect to see new releases. Instead of additional fees, it relies on ads, though the company noted that fans should see half as many commercials as on a typical television broadcast. This is just the first of many such ad-supported channels in the next phase for Roku', which had its IPO a couple weeks ago that saw its value jump to over $2 billion.

Users won't see the channel unless they manually add it, either online or through their device's channel store. The "Roku Channel" can be found under Streaming Channels in "Featured," "New & Notable," and "Movies & TV."

In this article: channel, entertainment, roku, services, streaming
All products recommended by Engadget are selected by our editorial team, independent of our parent company. Some of our stories include affiliate links. If you buy something through one of these links, we may earn an affiliate commission.