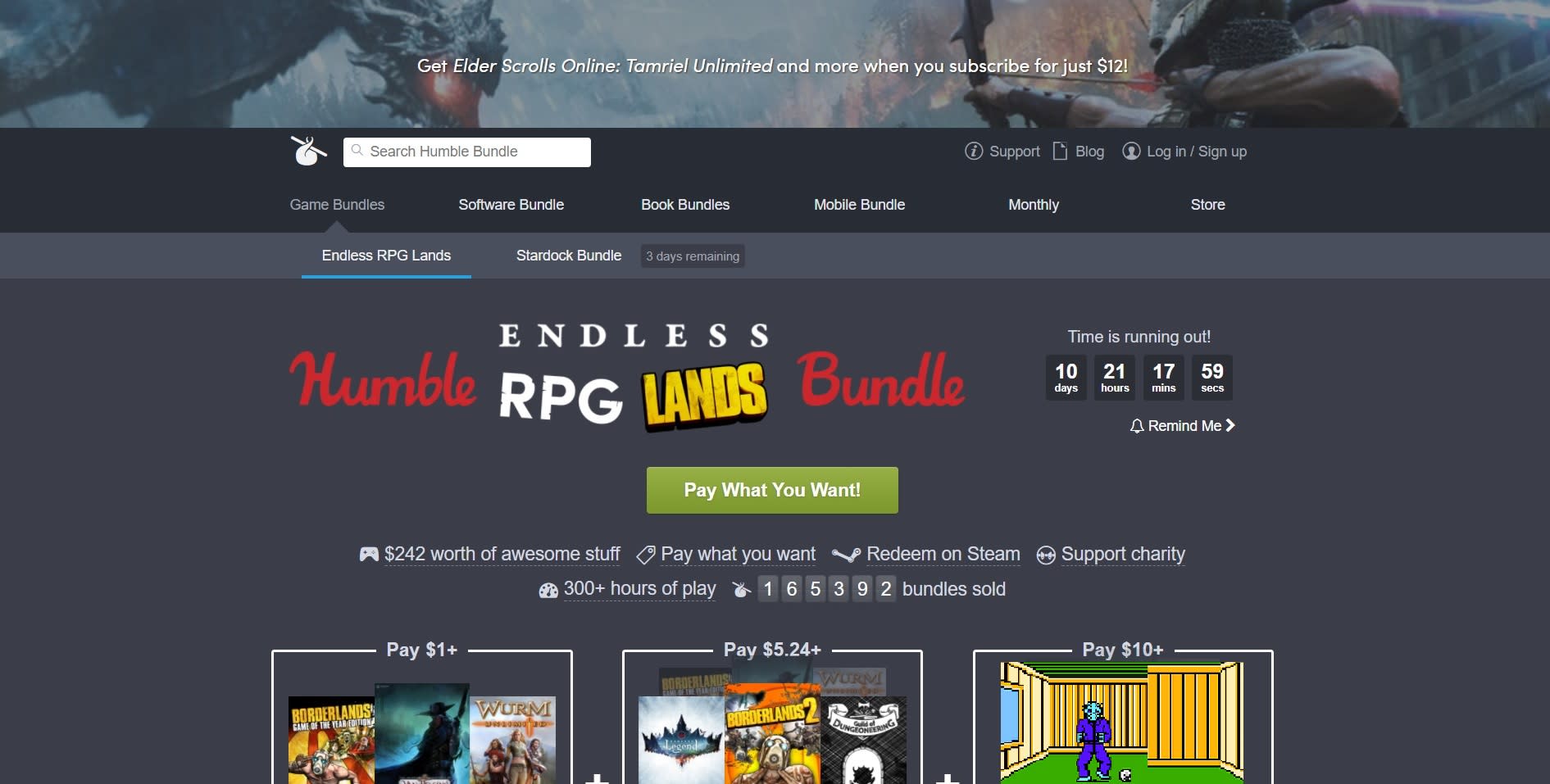 Media conglomerate IGN has acquired Humble Bundle, the pay-what-you-want gaming, book and software collection retailer that raises money for charitable causes. In a blog post, Humble Bundle cofounder and CEO Jeffrey Rosen noted that his company will "keep our own office, culture, and amazing team with IGN helping us further our plans." Aside from noting that the retailer will get additional resources and help out of the deal, no details were disclosed.

Welcome to the family, @humble! We can't wait to help others with you ✌️ https://t.co/MlxUoFi2nk

In the post, Humble Bundle noted that the platform has raised $106 million for various charities in the seven years since it launched its first bundle. While the platform could do a lot with funding from a media titan like IGN (owned by J2 Media), there's obvious concern over potential conflicts of interest between a game-reviewing publication owning a game-selling retailer. (We've reached out to both IGN and Humble Bundle for comment and will include their responses when we hear back.)

From Humble Bundle's blog post, it seems IGN will leave it to operate more or less independently.

"The idea is just to feed them with the resources they need to keep doing what they're doing ... We want to stick to the fundamentals in the short term. We don't want to disrupt anything we're doing right already," IGN executive VP Mitch Galbraith told Gamasutra. "Because of the shared vision and overlap of our customer bases, there's going to be a lot of opportunities."

In this article: acquisition, av, business, gaming, HumbleBundle, ign
All products recommended by Engadget are selected by our editorial team, independent of our parent company. Some of our stories include affiliate links. If you buy something through one of these links, we may earn an affiliate commission.