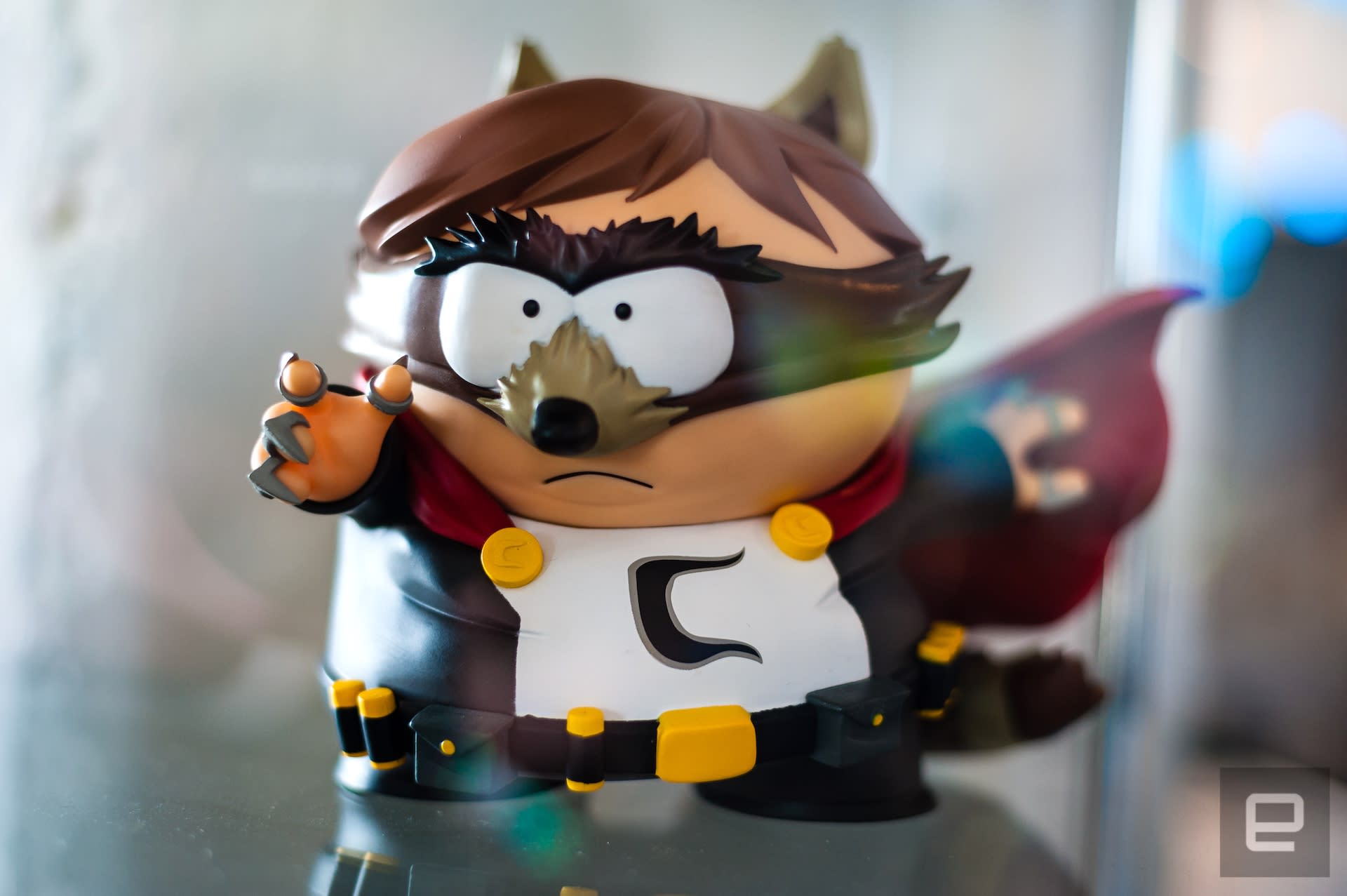 After a few delays, South Park: The Fractured But Whole will finally be released next week. If you're curious what the super-hero-themed RPG's season pass offers before laying down another $30 (assuming GameStop hasn't already guilted you into buying it), we've got you covered. Come launch day on October 17th, you'll only have access two two things: a costume and perks pack and Towelie, the pothead towel, who will give you tips in-game. Both will be sold separately; the former will cost $4.99 on launch day, and the latter will be $1.99 a week later.

The meat of the add-ons won't be available until later, and what sounds like a wave-based combat challenge ("Danger Deck," a nod to X-Men's "Danger Room") will launch sometime in December. Without the season pass, it'll cost $5.99. A pair of story expansions won't be available until 2018. "From Dusk to Casa Bonita" has you teaming up with Cartman's The Coon (above) and Kenny's Mysterion to take on a demonic presence, while "Bring the Crunch" adds a new story as well as an entirely new superhero class. Both will cost $11.99 a la carte.

If you're looking to save some money, and only want the extra missions, waiting until those are released in 2018 will be $6 cheaper. Plus, being patient means you'll have the chance to make an informed decision before laying down your hard-earned money -- always a good idea.

In this article: business, gaming, pcgaming, playstation, playstation4, ps4, seasonpass, southpark, southparkthefracturedbutwhole, steam, thefracturedbutwhole, ubisoft, uplay, windows, xbox, xboxone
All products recommended by Engadget are selected by our editorial team, independent of our parent company. Some of our stories include affiliate links. If you buy something through one of these links, we may earn an affiliate commission.