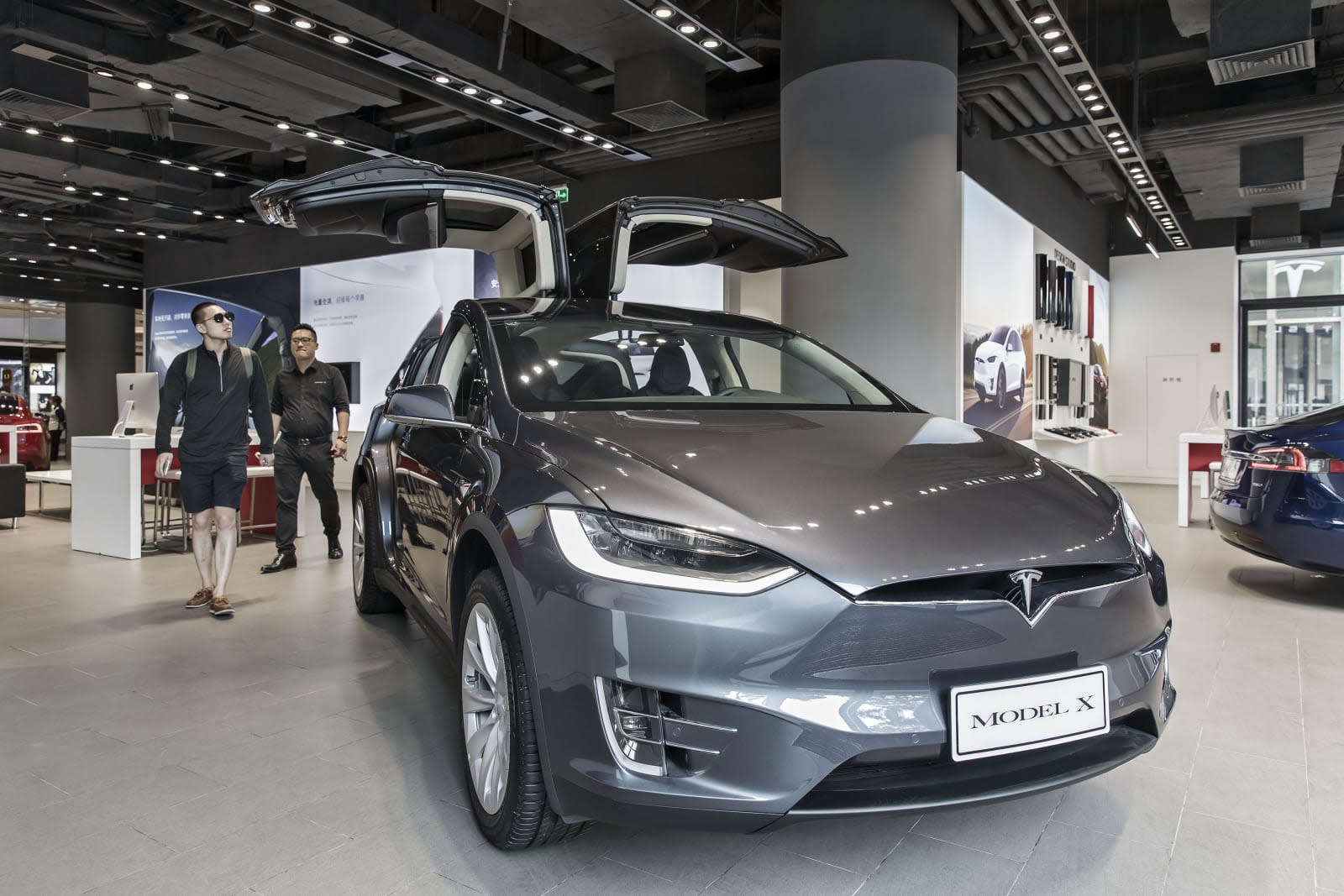 Tesla is no stranger to voluntary recalls. The company issued notices to 90,000 Model S sedan owners for possible seatbelt defects back in 2015, another for 2,700 Model X SUVs in 2016 for a third-row seat problem, and one for 53,000 S and Model X SUV earlier this year over potential parking brake issues. It's the price of doing business -- and better that the company jumps ahead with a voluntary recall than a legally-mandated one after tragedy. Today, the automaker issued another for about 11,000 Model X's released last year, this time for the second-row seats.

The recall only affects Model X's with second-row fold-flat seats built between October 28th, 2016 and August 16th, 2017, and the company estimates that only 3 percent of vehicles sold experience the issue. Any of Tesla's SUVs with single-post seats aren't affected. During internal tests, the company found that poorly-adjusted cables connected to the driver's side second-row seat yanked it forward during a crash. Tesla hasn't received any reports of this happening to Model X owners, but is issuing the recall based on its research.

Thankfully, the fix is easy: Just take your Model X into a service center or use Tesla's mobile repair service and a technician will adjust the cable correctly, which takes all of 10 minutes. Until then, the company suggests not stacking two adults in the center and behind-driver seats in the second row.

In this article: ModelX, recall, tesla, TeslaModelX, transportation
All products recommended by Engadget are selected by our editorial team, independent of our parent company. Some of our stories include affiliate links. If you buy something through one of these links, we may earn an affiliate commission.