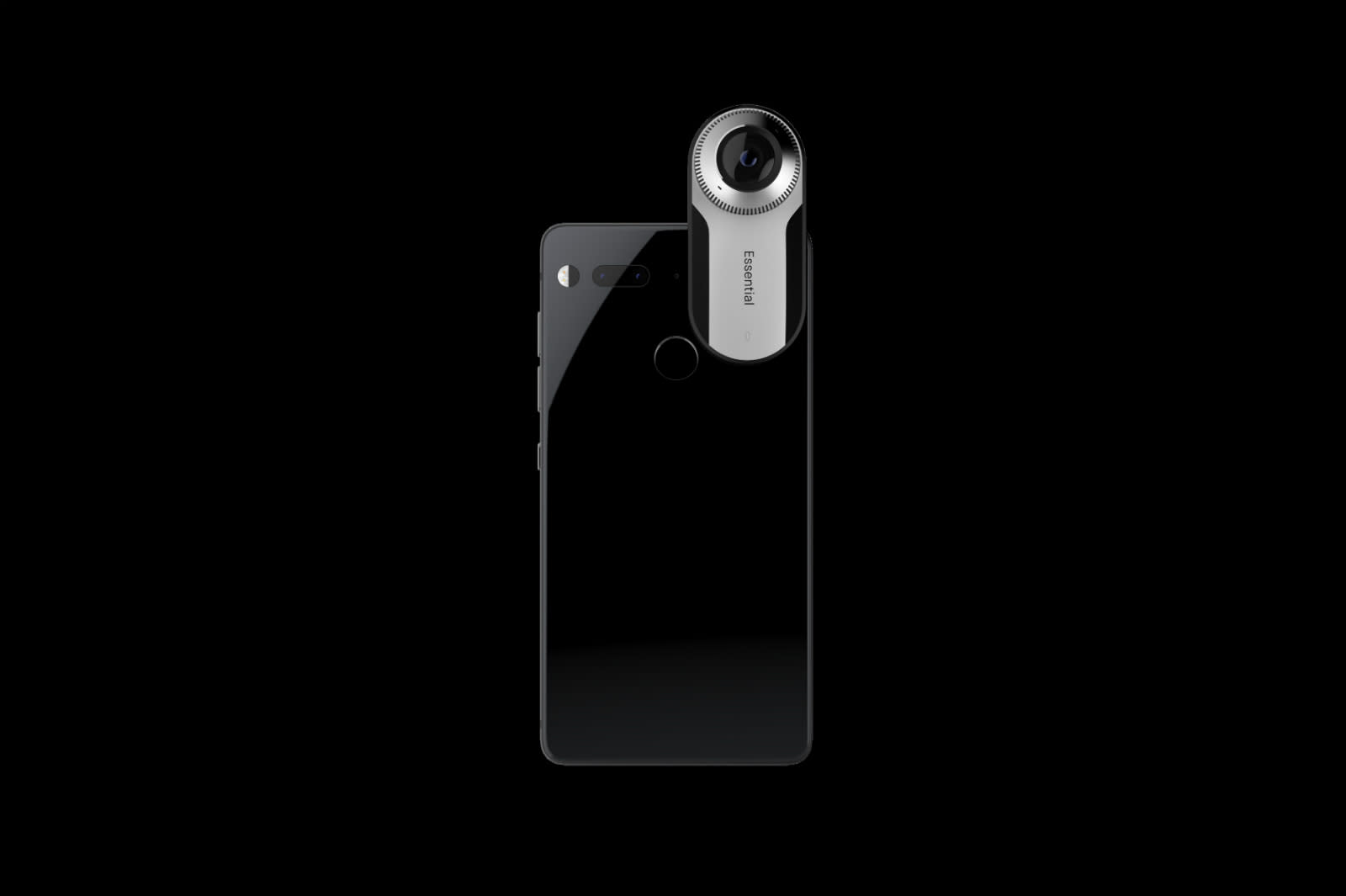 Andy Rubin's Essential Products is facing more legal troubles. The ex-Android chief's company previously found itself in hot water with smartphone accessory maker Spigen over its use of the "Essential" name. Now -- less than two months since the release of the Essential Phone -- it's getting sued for allegedly stealing trade secrets relating to its modular connector, reports Reuters. Keyssa, the company behind the lawsuit, is best known for developing a wireless standard that lets you make gigabit-sized transfers in seconds. Its backers include Nest co-founder Tony Fadell, Samsung, and Playground Global (the venture fund Rubin heads).

But, Essential's Phone beat Keyssa to the punch by launching with a magnetic connector for modular parts and wireless data transfers in September. Keyssa claims Essential held design and tech talks with it for 10 months, before dumping it in favor of its rival SiBEAM's chip in November 2016. The lawsuit alleges that the Essential Phone carries many of the wireless connector elements Keyssa developed specifically for handsets -- from antenna designs to methods of testing phones during production. Keyssa said it's been working on its tech since 2009, and signed a non-disclosure agreement blocking Essential from using its feature. Now, it's taking the matter to a San Francisco federal court.

Essential's path to its debut smartphone has been a bumpy one, plagued by delays, privacy blunders, and trademark disputes. Just when it thought it was in the clear, it's staring down yet another obstacle.

In this article: AndyRubin, Essential, essentialphone, essentialproducts, gear, Keyssa, lawsuit, mobile, TonyFadell
All products recommended by Engadget are selected by our editorial team, independent of our parent company. Some of our stories include affiliate links. If you buy something through one of these links, we may earn an affiliate commission.