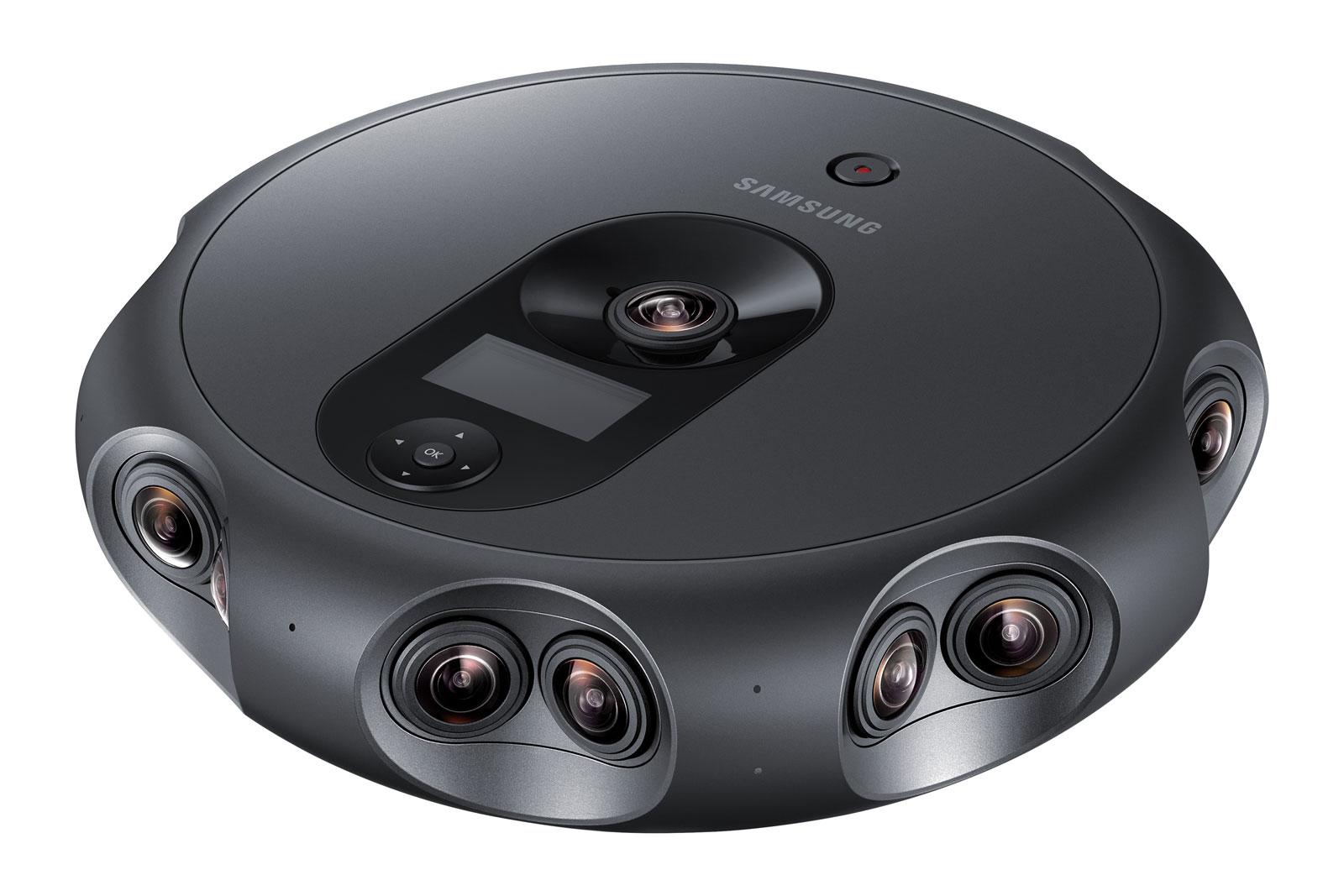 Samsung already has a virtual reality camera in the form of the Gear 360, but it's not really for pros -- it's for everyday users who want to record a 360-degree video on the street. What if you're a pro, or a well-heeled enthusiast? Samsung has you covered: it's launching the previously hinted-at 360 Round. The disc-shaped device carries a whopping 17 2-megapixel cameras and six microphones (plus two mic ports) to create 3D (that is, stereoscopic) VR video. It's powerful enough to livestream 4K VR at a smooth 30 frames per second, helped in part by software that promises to stitch together immersive video with virtually no lag.

Other nods to pro use? The Round is IP65 water resistant, so you can use it in the rain, and its unibody design is meant to keep you shooting for "hours" without the need for a noisy cooling fan.

Samsung is releasing the 360 Round later in October for American buyers at an unmentioned price, with other countries coming later. Keep in mind that the camera is only one part of the cost, though. You'll need a monster PC, especially if you're livestreaming. A post-processing rig demands at least a Core i7-6700K, 16GB of RAM and GeForce GTX 1080 graphics, while livestreaming and preview machines ask for a 10-core i7-6950X, 32GB of RAM and two GeForce GTX 1080 Ti cards. You're probably not going to use the Round for your video blog, then, but this makes high-quality 3D VR a viable option using off-the-shelf PCs.

In this article: 360degree, 360round, 3d, camera, cameras, gear, internet, livestreaming, samsung, virtualreality, vr
All products recommended by Engadget are selected by our editorial team, independent of our parent company. Some of our stories include affiliate links. If you buy something through one of these links, we may earn an affiliate commission.