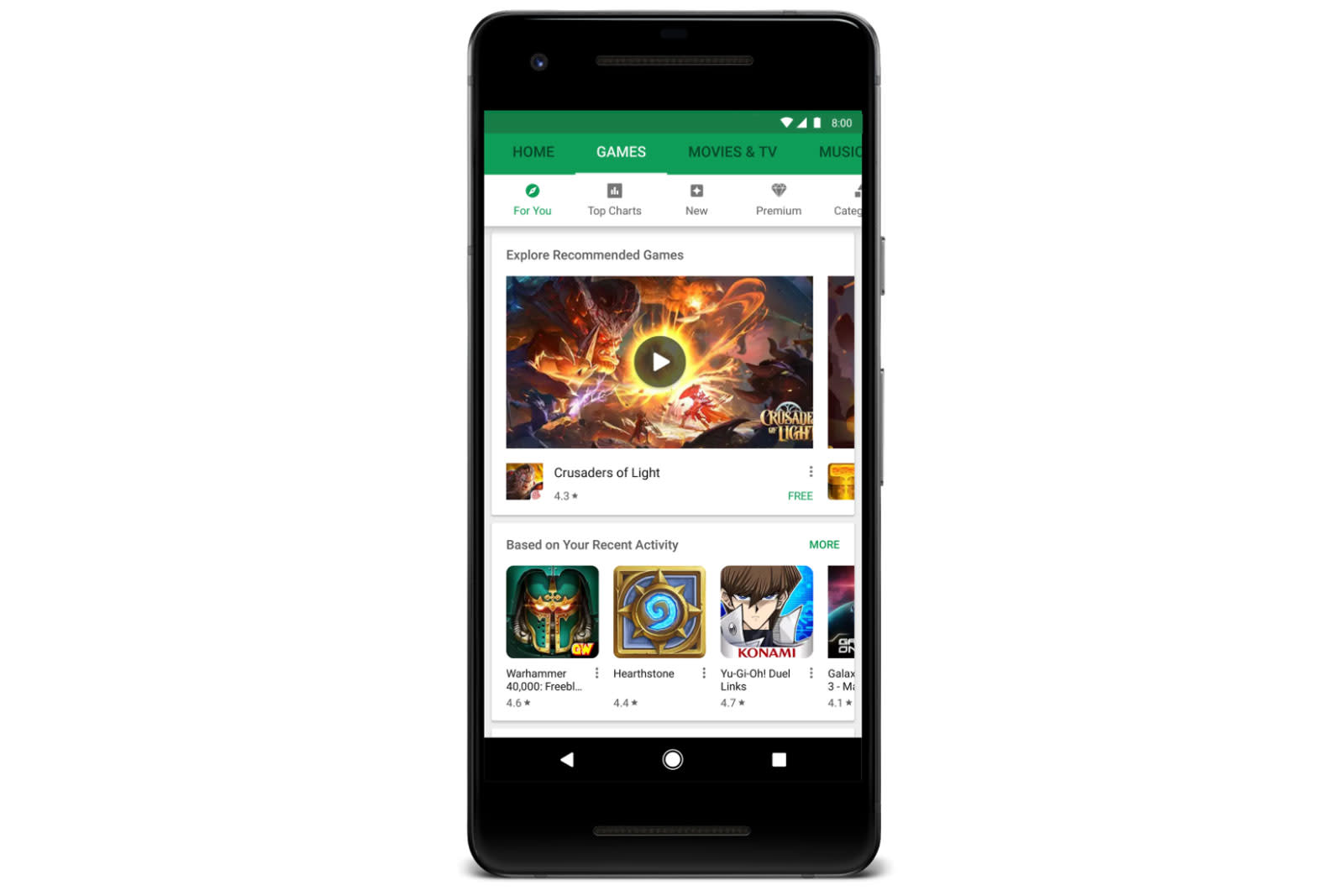 Google's Instant Apps are available in a few places for curious Android users, but they've been conspicuously absent in one place: the Play Store. Wouldn't you want to check out an app before committing to it? You can now. Google is now building Instant Apps into the store through a "Try It Now" button on app pages. Tap it and you can find out if an app is your cup of tea without the usual rigamarole of downloading it first. Only a handful of apps are explicitly labeled as Instant Apps-ready (the New York Times' crossword game is one example), but we'd expect that list to grow before long.

There are other important tweaks to the store, too. There's a revamped games area (shown above) with trailers and sections for new and "premium" paid games. Also, the redone Editor's Choice area is now up and running in 17 countries.

Google has also implemented some behind-the-scenes changes that could improve your chances of seeing your favorite subscription service on Android. In a parallel to Apple's App Store reforms, Google will reduce its cut of subscription apps from 30 percent to 15 percent if a user remains with the service for more than a year. This won't take effect until January 1st, 2018, but it could make all the difference for services that previously balked at giving away nearly a third of their revenue no matter how long you stayed aboard. And that's particularly relevant on Android -- as you don't have to offer apps through Google's store, some creators have skipped the shop altogether to ensure they get all the money. They'll still lose some income if they bring their apps to the Play Store after January 1st, but it'll be much more tolerable if you stick with their service for the long haul.

In this article: android, gear, google, googleplay, googleplaystore, instantapps, internet, mobile, playstore, services, smartphone, subscription
All products recommended by Engadget are selected by our editorial team, independent of our parent company. Some of our stories include affiliate links. If you buy something through one of these links, we may earn an affiliate commission.