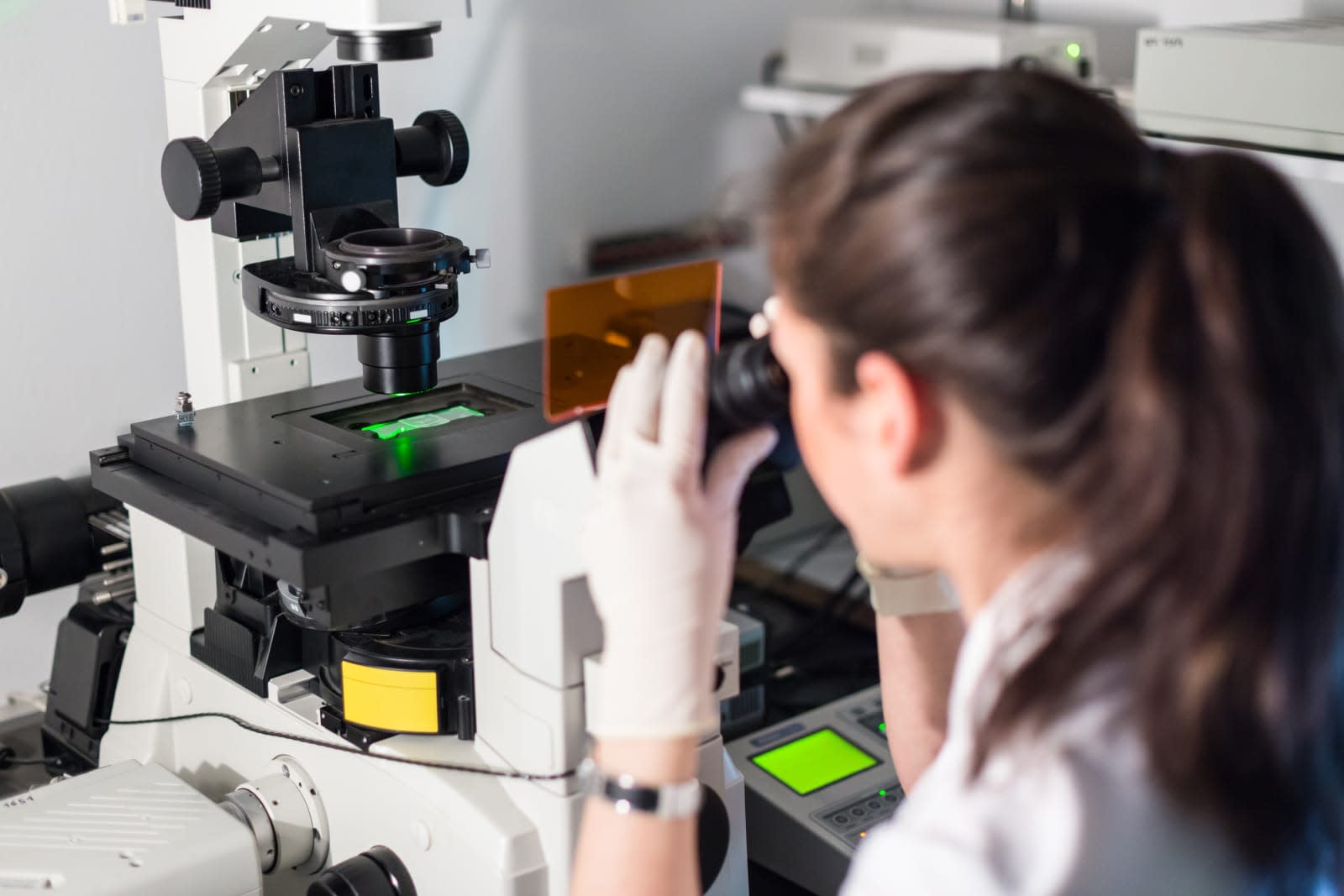 People with advanced lymphoma now have another type of treatment to consider. The Food and Drug Administration has approved Yescarta, a cell-based gene therapy designed to treat large B-cell lymphoma originally developed by the National Cancer Institute*. It's the second time the FDA has approved a gene therapy for use in the US following a procedure meant to treat leukemia earlier this year.

The therapy requires a patient's T-Cells, one type of white blood cells, to be harvested and modified. These engineered cells are designed to be attracted to a certain protein in tumor cells in order to kill them. Due to the complex nature of the procedure, a healthcare professional will have to go through training to be able to administer the pricey treatment -- The Wall Street Journal says it will cost patients around $373,000.

A multicenter clinical trial involving 101 adults with relapsed large B-cell lymphoma that yield positive results convinced the FDA to give the therapy its approval. The tumors in 72 percent of the test subjects shrunk and even disappeared completely in 51 percent of the subjects. Despite being effective, the therapy can only be used if a patient has relapsed or failed to respond to at least two different kinds of treatment. That's because Yescarta could cause pretty severe and life-threatening side effects, including anemia and low white blood cell counts. The worst possible reaction to the therapy? It's none other than death: according to The WSJ, the deaths of two of its test subjects were related to the treatment.

*Update: We corrected our story to reflect that the treatment was originally developed by the National Cancer Institute, not Kite Pharma. The institute later forged an agreement with Kite Pharma, which helped pay for Yescarta's development and (controversially) acquired the right to commercialize the final product. [Thanks, Chris]

In this article: cellgenetherapy, fda, gear, genetherapy, lymphoma, medicine, yescarta
All products recommended by Engadget are selected by our editorial team, independent of our parent company. Some of our stories include affiliate links. If you buy something through one of these links, we may earn an affiliate commission.