The Surface creator explains what he learned from the Surface Book's launch.

With the Surface Book, Microsoft delivered yet another way to rethink traditional computers. It resembled a laptop more than the earlier Surface devices, which were basically tablets with keyboard covers. But it also packed in one new trick: a large screen that you could easily remove at the touch of a button and use as a tablet. At the heart of that feature was a unique hinge that looked unlike anything else on the market. It had one big problem, though: It wasn't very stable.

It was something that was hard to ignore when you used it on your lap; the screen would shake as you typed, as if the display was barely holding on for life. It made the Surface Book feel more like a prototype than an expensive high-end laptop -- not exactly inspiring. So when it came time for the sequel, the Surface Book 2, it was one of the first things Microsoft addressed. 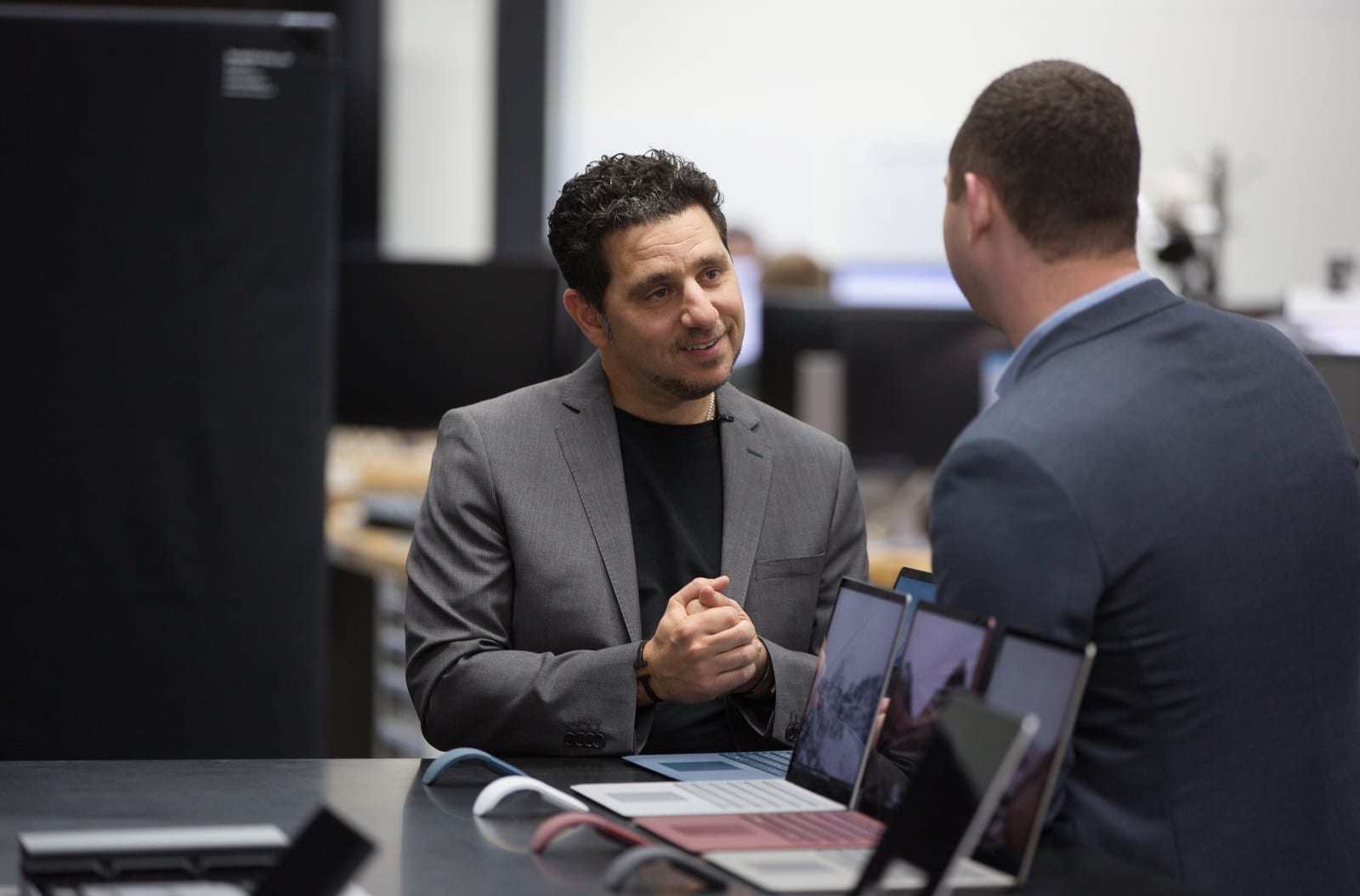 "The hinges are completely redesigned; it's all from the learnings of the first one, because you want more stability," Microsoft's Panos Panay, the creator of the Surface line and its VP of devices, said in an interview with Engadget. "We redesigned the connection mechanism, we went to ceramics, we lightened the whole product."

Yes, ceramics. That's not something you'd typically find in a notebook, but its ability to deal with high temperatures better than metal made it the ideal material. Specifically, the notebook uses a small ceramic part (below) that works together with muscle wire to attach and detach the screen, as well as keep everything steady.

"We didn't invent muscle wire. But we went and found it and thought: How would you include it with a hinge that could lock these two together, with a mechanism that felt robust and premium?" Panay said. "You had to hear it when it was open. You had to know when it was locked... That disconnect moment should be emotional, it should be connected to you, you should understand it." The ceramic (center) and muscle wire hinge mechanism in the Surface Book 2.

Based on my hands-on with the Surface Book 2, it's definitely much more stable than the original. And, oddly enough, removing and reattaching the display to the keyboard base felt easier than before. It makes a satisfying click when it connects to the base, but it also smoothly detaches. It might sound like a small change, but it's a truly meaningful one for Surface Book users. We were promised the laptop of the future -- and the future shouldn't have screens that wobble like a bobblehead on a dashboard.

Naturally, the Surface Book 2. It's more powerful than before, and there's a new 15-inch model joining the family. But is that enough to take on Apple's MacBook Pro, not to mention other powerful laptops?

"With the [Surface Book 2] hardware, we redesigned everything on the inside, period," Panay said. "To get to that next level of performance we needed -- it's three times more powerful -- we put in a quad-core Intel eighth-generation CPU. Now you're in a totally different class of computing from gen 1 to gen 2."

Even though the Surface Book was generally well reviewed, early users were plagued by a variety of issues, including screen flickering, power problems and bouts of instability. We talked with Microsoft representatives about those problems shortly after the laptop's launch, and, for the most part, they acknowledged that they still had work to do.

"When we launched the Surface Book, we had some challenges from the silicon through the software," Panay said. "This is why the Surface Book 2 is so important... Right now we look at Surface Book quality and it's off the charts. Did it take some learning to get it to where we needed to be? Absolutely." 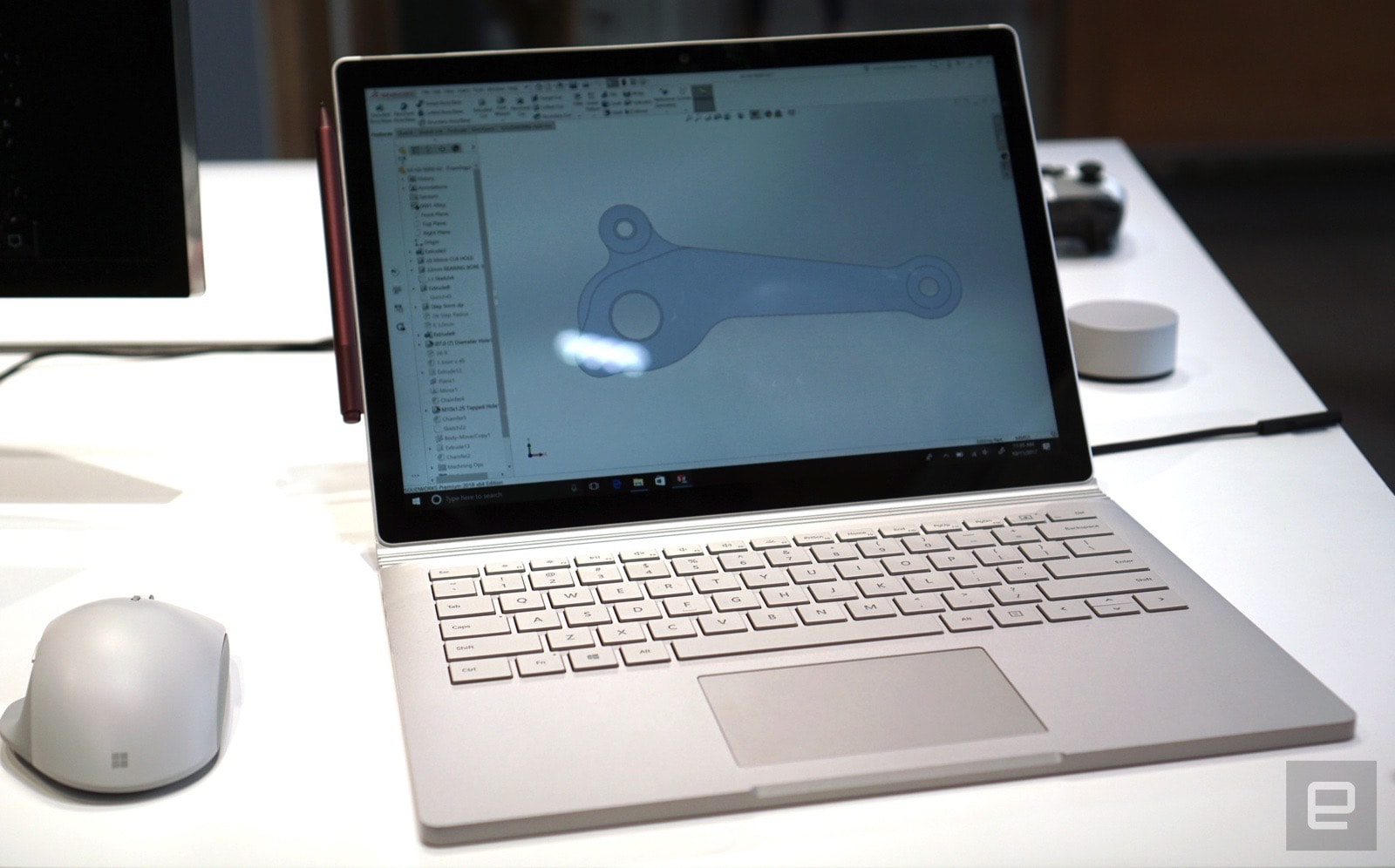 While he wouldn't point to any specific changes that helped stability, Panay noted that they have a better understanding of how they're pushing the CPU, GPU and hinge components. The Surface Book design is unique among laptops: It houses its CPU in the display but holds its graphics hardware (and additional battery) in the keyboard base. In particular, dealing with those early issues strengthened Microsoft's relationship with Intel, which was essential as they developed the Surface Book 2.

Panay didn't say much about what his team is cooking next, after reinventing laptops three times, as well as all-in-one desktops with the Surface Studio. But, not surprisingly, he's excited about the vision of seamless computing that Microsoft is pushing to consumers.

"There was a point in time where you had to switch between your pen, your touchscreen and your keyboard," he said. "There was literally a break in flow... The most inspiring thing about our categories today -- whether it's Cortana, with the dual-array mic, or interacting with Office with a Pen and touch -- as they continue to evolve into a seamless way, we're going to get the best out of people... We're now in a generation where, if you want to get something done: Start. Go. Move."

All products recommended by Engadget are selected by our editorial team, independent of our parent company. Some of our stories include affiliate links. If you buy something through one of these links, we may earn an affiliate commission. All prices are correct at the time of publishing.
View All Comments
The Surface Book 2's secret weapon is ceramic, says Panos Panay