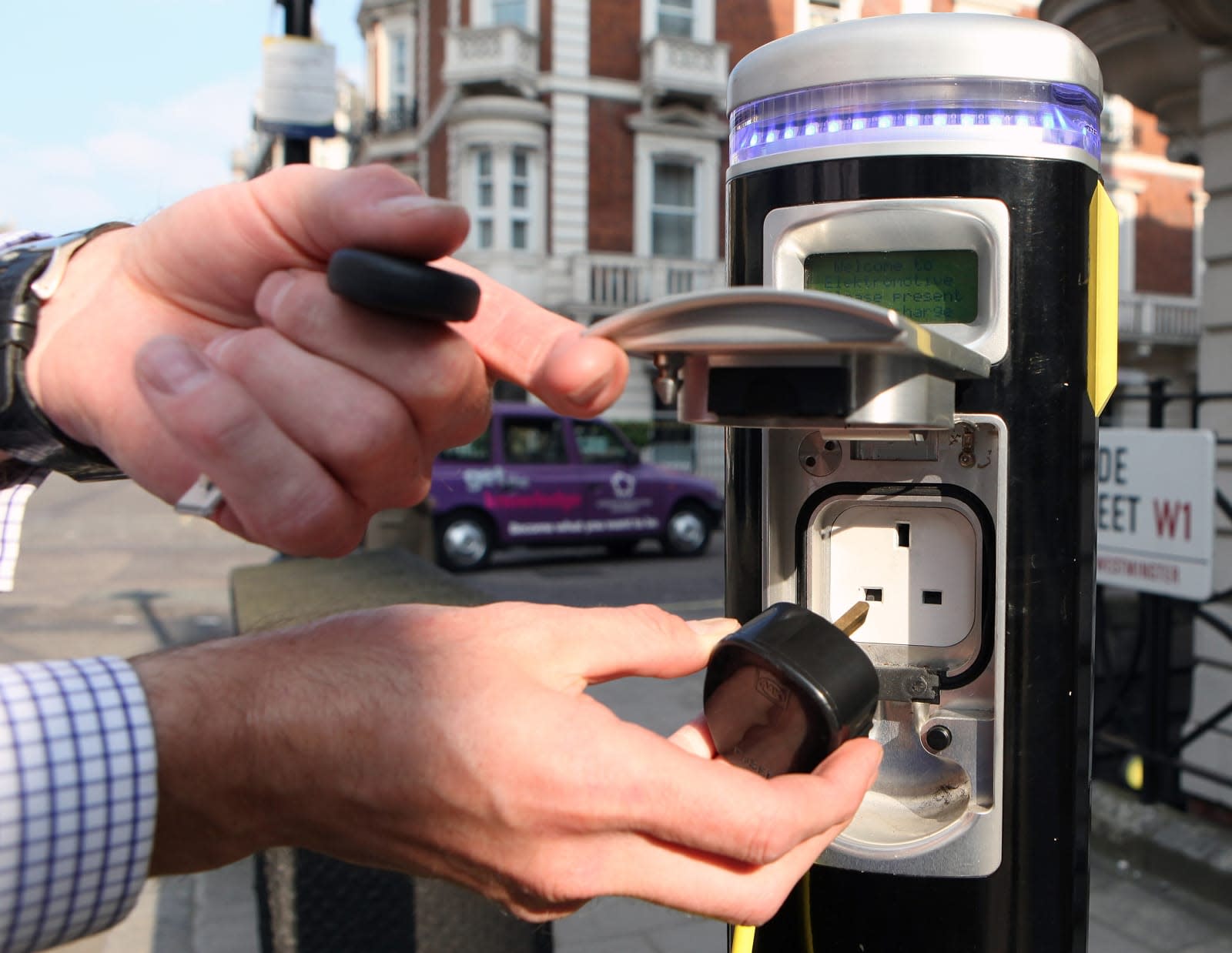 The UK's network of motorway services and petrol stations will be required to install chargers for electric cars, under plans announced by Transport Minister John Hayes. The Automated and Electric Vehicles Bill, which was first announced during the Queen's Speech in June but yesterday had its first reading in Parliament, outlines new powers that will help boost the uptake of electric vehicles across the UK.

According to the government, the new network of charging stations will need to be "smart," which means they can interact with the grid in order to manage demand across the UK. Operators will also be required to provide clear information on the location and operating hours of their points, as well as the available charging options, how much they cost and whether they are working order or already in use.

Ministers are clear that "all UK motorway services and large petrol retailers" will need to be on board and that the government will be given powers to "make it compulsory for chargepoints to be installed across the country." The Bill itself lists both of these pledges but clearly state that the "regulations may impose requirements" on both large fuel retailers and service area operators. This may allow the government to step in if new installations are behind targets, but some petrol station operators are already taking positive steps. Shell, for example, has already begun installing chargepoints on forecourts, which might mean ministers won't need to use these new powers.

The Automated and Electric Vehicles Bill also makes provisions for the UK's self-driving future. It reiterates a lot of what was shared during the Queen's Speech, in that the all drivers of automated cars will need to be separately covered when the driver is in manual control and when the car is driving itself. Victims of accidents involving an automated vehicle will must also "have quick and easy access to compensation." Car owners will be made liable for accidents if they've modified the software on their vehicle or have failed to install important updates.

The government says it plans to invest £1.2 billion in the electric and driverless car industry, ensuring that local authorities get the money they need to install charging stations in residential streets, where electric cars are often parked on the street.

"We want the UK to be the best place in the world to do business and a leading hub for modern transport technology, which is why we are introducing the Automated and Electric Vehicles Bill in Parliament and investing more than £1.2 billion in the industry," Transport Minister John Hayes said. "This bill will aid the construction of greater infrastructure to support the growing demand for automated and electric vehicles as we embrace this technology and move into the future."

In this article: green, tomorrow, transportation
All products recommended by Engadget are selected by our editorial team, independent of our parent company. Some of our stories include affiliate links. If you buy something through one of these links, we may earn an affiliate commission.