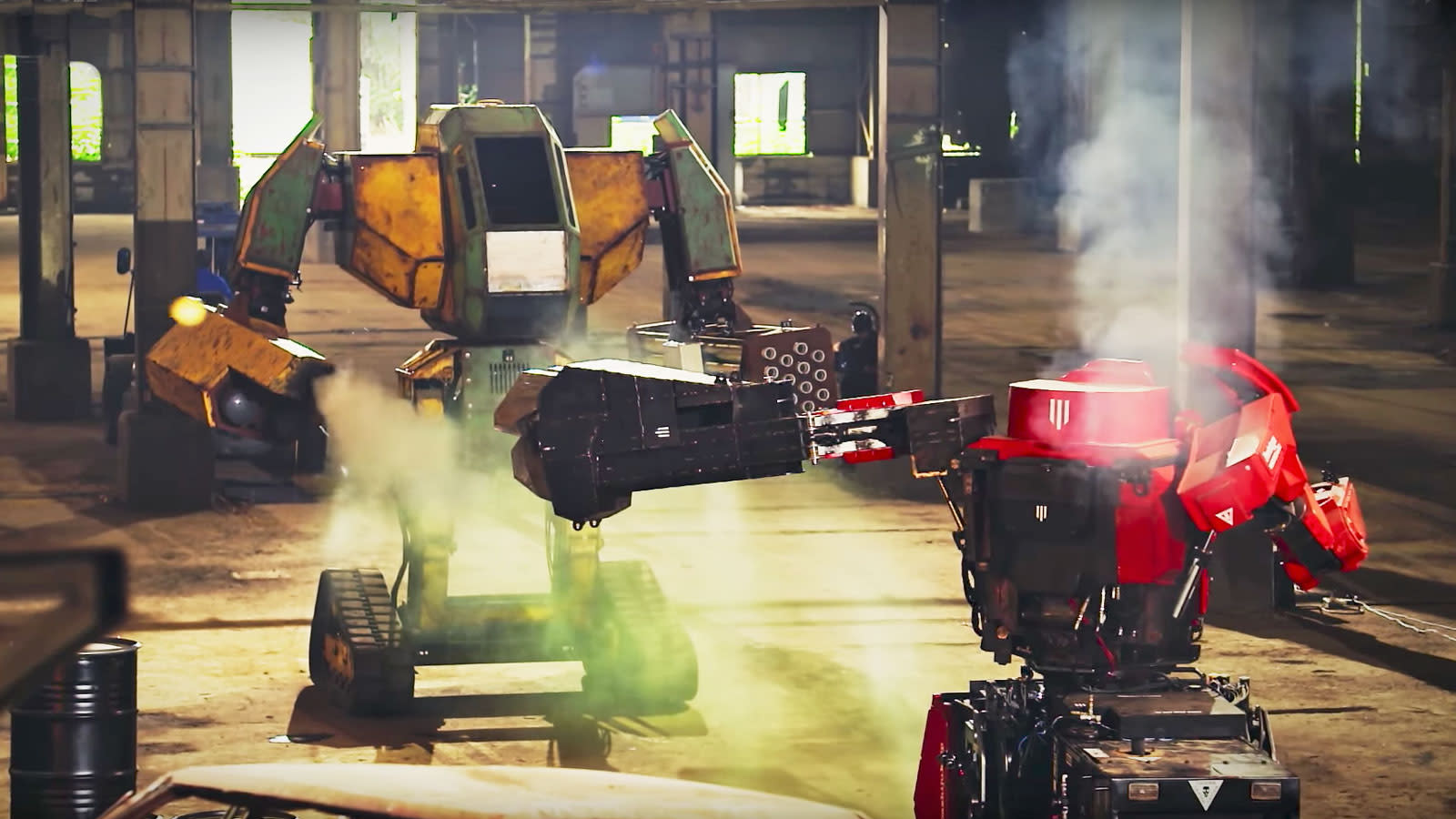 We've been following the development of the giant robot battle for years now, and it finally took place earlier this week. Engadget writer Saqib Shah said of the live stream, "the entire event may have been as choreographed as a WWE match, but it was strangely watchable regardless." Well, it turns out that Saqib was right on the nose. Motherboard revealed, in a move that broke all our hearts, that there was absolutely nothing "live" about the "live streamed" fight. The actual epic robot battle took place over days, and the constant repairs were removed from the footage.

It's worth mentioning that it's impressive that the battle between the USA's Eagle Prime and Japan's Kuratas took place at all. These were two technologically complex robots, and it's utterly unsurprising that they were delicate enough to need maintenance throughout the process. It's encouraging to look at this as an experiment, and the start of something fun, rather than being disappointed that it was so scripted. The fact that it wasn't actually live doesn't take away from the fact that this did actually happen.

But the flip side is that it is disappointing. There's no getting around that. You can't bill an event as "live" and film it over multiple days and edit out important stuff. (Well, clearly you can and they did, it's just. No.) If we don't actually have actual giant robots that can fight one another in an epic robot-to-robot battle, then what do we have left in the world? What can we cling to for hope, if not giant robots? It's a sad, sad day for us all.

In this article: entertainment, megabots, robots, Suidobashi
All products recommended by Engadget are selected by our editorial team, independent of our parent company. Some of our stories include affiliate links. If you buy something through one of these links, we may earn an affiliate commission.