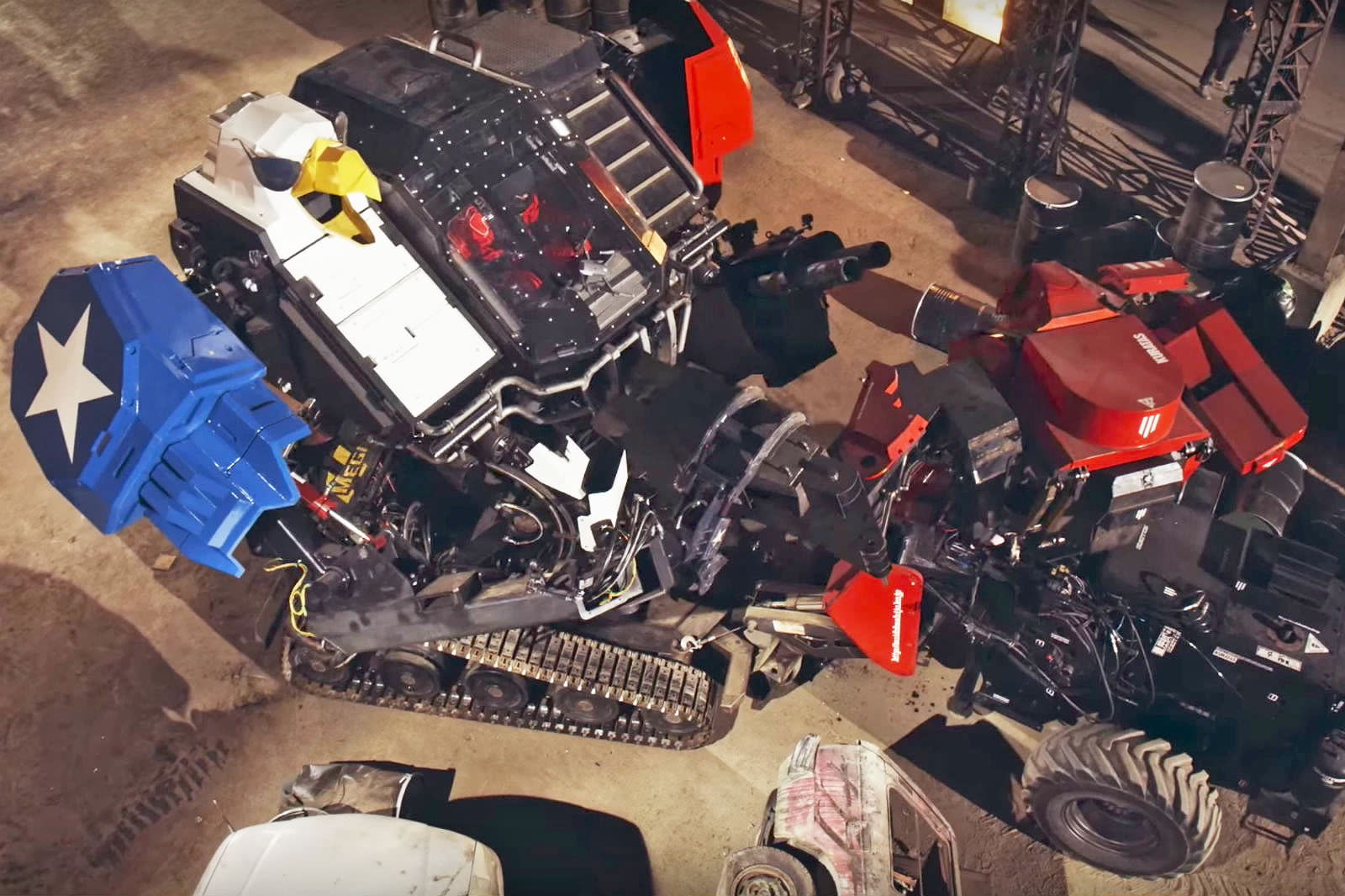 The oft-delayed giant robot fight has finally taken place. On Tuesday, Team USA's mechs scrapped it out with Japan's Kuratas in an abandoned steel mill for the world to watch. There could only be one victor, and it proved to be the red, white, and blue. Yes, the MegaBots team representing America came out on top, but not before three gruelling rounds of robopocalypse.

Those who tuned into Twitch to view the action saw Team USA's Iron Glory get knocked down by Japan's Kuratas bot straight out the gate. Its paintball canon clearly no match for its 13-foot rival's half-ton fist. In the second round, the MegaBots pilots came back with the newer Eagle Prime machine, itself decked out with a mechanical claw and gattling gun. But, they still struggled to land a deadly blow, instead getting stuck to their foe -- with Kuratas' drone sidekick making life that much harder. Then, in the final round, things got grizzly. Eagle Prime whipped out a chainsaw to dismember Suidobashi Heavy Industry's juggernaut and end the carnage.

Okay, so Team USA had the unfair advantage of using two bots, and the entire event may have been as choreographed as a WWE match, but it was strangely watchable regardless.

With a win under its belt, the MegaBots team now wants to start a full-blown giant robots sports league. And, there's at least one contender waiting in the wings.

In this article: av, entertainment, GiantRobot, GiantRobotDuel, GiantRobots, kuratas, MegaBots, robots
All products recommended by Engadget are selected by our editorial team, independent of our parent company. Some of our stories include affiliate links. If you buy something through one of these links, we may earn an affiliate commission.