NASA has already found tons of exoplanets around nearby stars, and will spot countless more once the James Webb Space Telescope (JWST) launches. The problem is that scientists aren't exactly sure which planet-star combinations are most likely to support life. A new NASA study has found that planets orbiting small stars like Trappist-1 could retain their oceans for billions of years, even if they're quite close -- provided the star emits just the right amount of infrared radiation.

For the foreseeable future, astronomers will be scanning red dwarf stars for habitable planets, rather than other types like our sun. That's because they're easier to find and small enough that the wobble of small, Earth-like planets is detectable. On top of that, the amount of light dip is noticeable when a planet passes in front, and scientists can detect the composition of its atmosphere based on how much starlight it absorbs.

Because of that, scientists are obviously very concerned about which red dwarf stars and planets can support life. That's where the new study, done by a team from NASA's Goddard Institute for Space Studies and the Earth-Life Science Institute at the Tokyo Institute of Technology, comes in.

If a planet is too cold, any water will freeze into ice, making life formation challenging. If it's too hot, water will evaporate and rise up into the stratosphere, where it will get broken into hydrogen and oxygen by the star's UV (ultraviolet) light. The latter state, called a "moist greenhouse," eventually leads to the loss of all oceans, killing any chances for life. 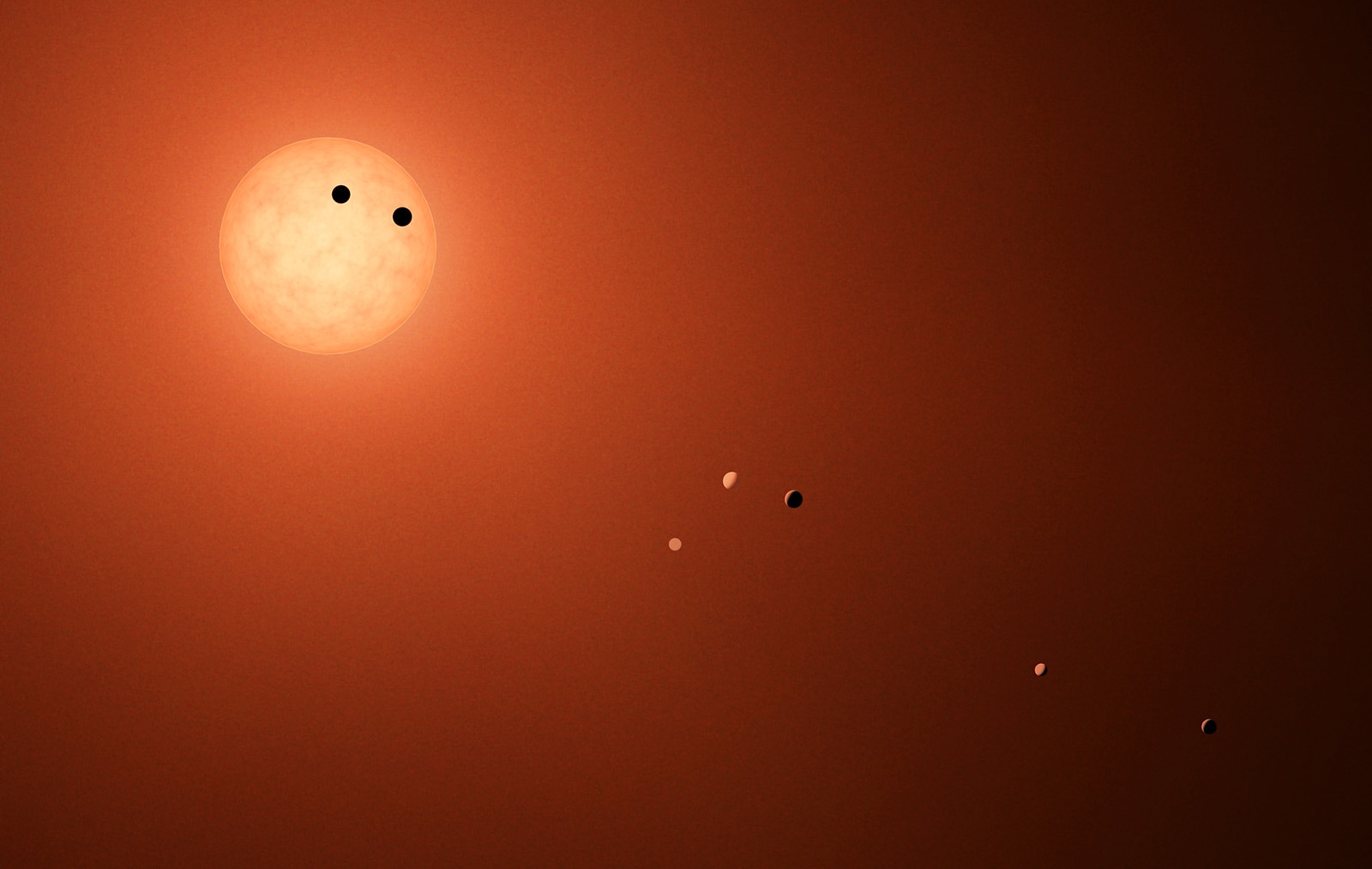 Unlike on Earth, planets on red dwarf systems are often tidally locked, with the same side always pointing toward the star. That leads to extreme heating on one side and cooling on the other, but luckily, such planets zip around their stars quick enough to create a circulating atmosphere. That atmosphere can be enough to keep the planet at the right temperature for liquid water, while blocking it from evaporating into the stratosphere.

Until now, scientists figured that if a planet's surface was too warm, around 150 degrees F, it would create an ocean-destroying moist greenhouse state. However, the team found that on red dwarf, Trappist-1 type planets, that wasn't necessarily the case. If a star emitted enough near-infrared radiation, it could kick off a moist greenhouse effect, even at temperatures around those at the Earth's topics.

However the model showed that, surprisingly, if an exoplanet was closer to its parent star, the infrared heating would increase moisture in the atmosphere more gradually. That means that, contrary to findings from previous models, it could remain habitable.

If the study proves valid, it will help narrow down habitable exoplanet candidates. Scientists can first measure the radiation of a star, knowing that cooler stars emit more near-infrared radiation. Then, if possible, they could measure its planet's atmospheric composition using spectroscopic methods. Those methods mostly target a planet's stratosphere, so the presence of water -- unlike what you might think -- could be negative for life.

"As long as we know the temperature of the star, we can estimate whether planets close to their stars have the potential to be in the moist greenhouse state," said co-author Anthony Del Genio from NASA. "If there is enough water to be detected, it probably means that planet is in the moist greenhouse state." If so, the planet is likely shedding water quickly -- so the oceans, and any potential life in them, could be doomed.