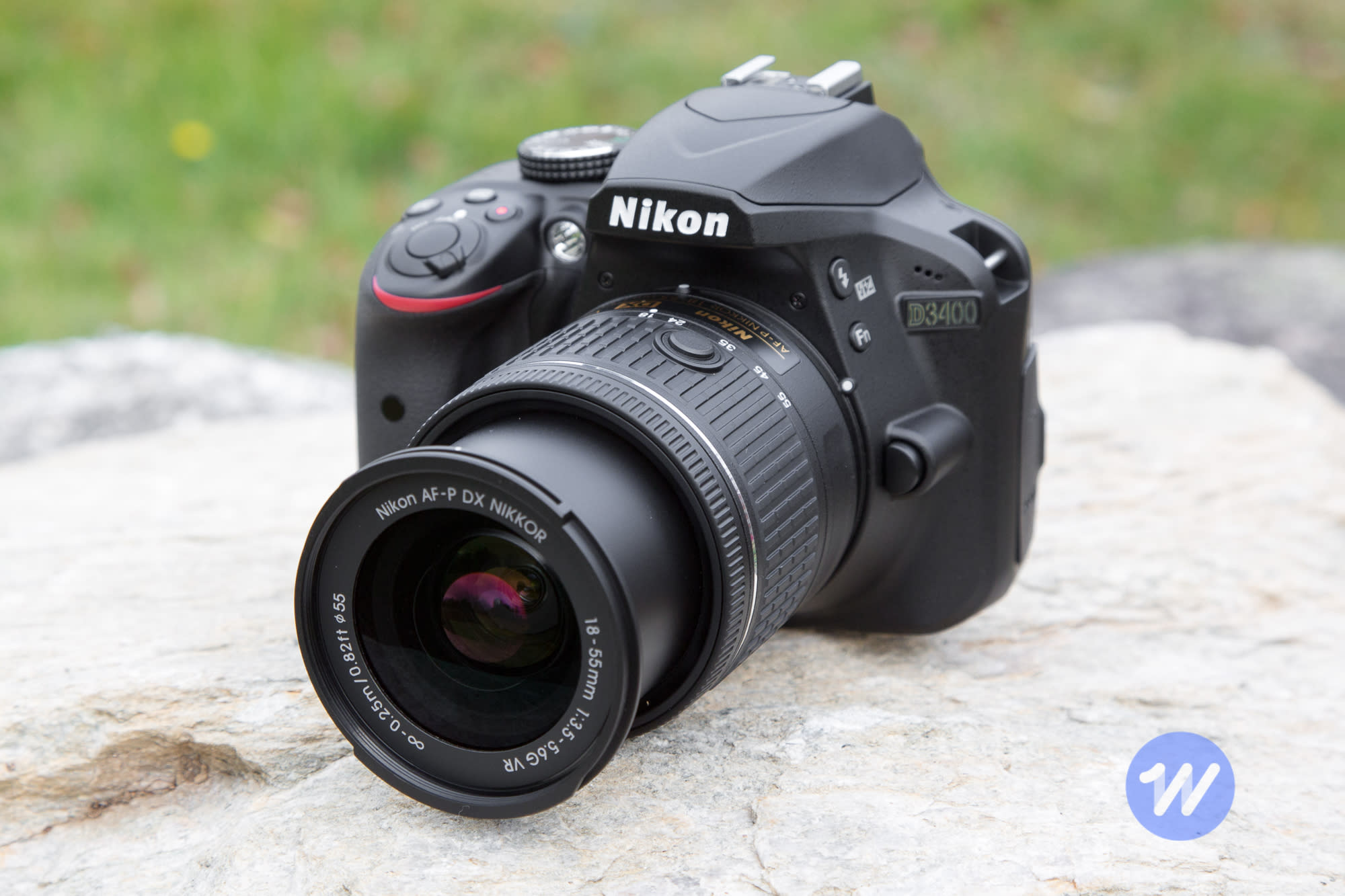 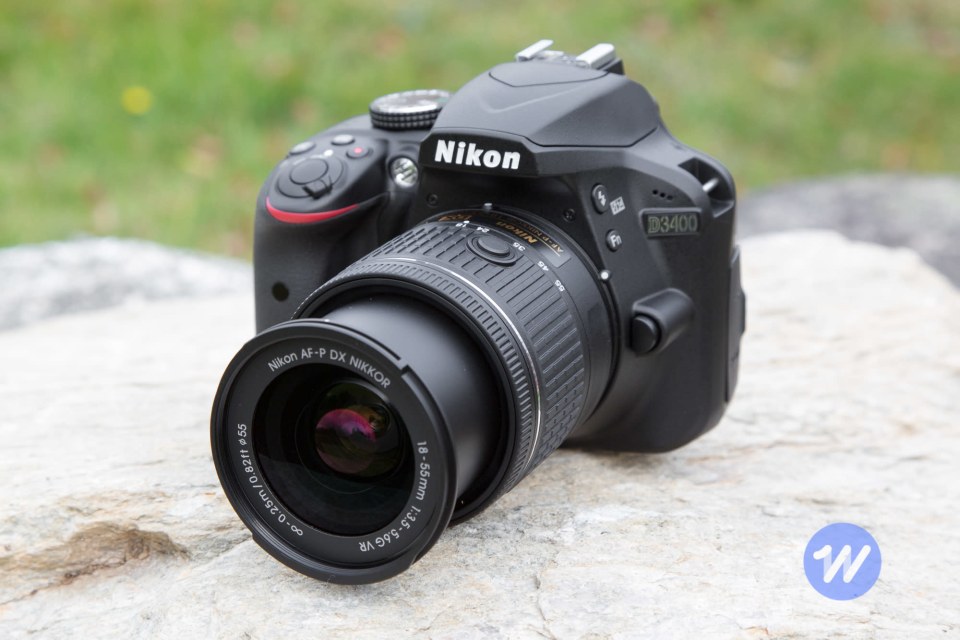 The Nikon D3400 is the best entry-level DSLR for those looking to improve their photography and learn the ins and outs of tweaking camera settings. The D3400 has some of the best image quality we've ever seen at this price, along with excellent battery life, Bluetooth connectivity, 1080/60p video, silent autofocus for video, and easy-to-use controls—and it's widely available for less than $500.

An entry-level DSLR has to be able to do a lot these days. It has to provide excellent image quality, including low noise and a wide dynamic range. It has to be easy enough to use that someone who has never tried a complex camera before can learn how to handle it, but it still has to offer manual controls that photographers can graduate into as they improve their skills. And it has to be affordable.

We spent hours researching DSLRs by reading editorial reviews from photography sites and customer reviews from a handful of top retailers. We also drew on our own experience with trends in photography to assemble a list of candidates. Then, we hands-on tested each model on our list for six hours, assessing each camera's image quality, focusing speed, menu layout, features, handling, and battery life.

Our pick: The best beginner DSLR for most people The Nikon D3400 is designed to be easy enough for a total newbie to use, but it has all the manual controls they could need as they get more comfortable. It can shoot video in 1080p at up to 60 frames per second, and has a still-image burst mode that can capture action at five frames per second. It includes Bluetooth connectivity for automatically transferring captured images to your smartphone via the SmartBridge app. The D3400 also packs some of the longest battery life around, significantly surpassing that of its competition.

Nikon uses better sensors in its low-end cameras than other camera companies, which means the D3400 is able to capture a wider range of lights and darks in your images. It also has one of the better kit lenses among beginner DSLRs. Nikon's new collapsible AF-P 18–55mm Nikkor lens is a pretty fantastic and sharp lens, and it uses a stepping motor to achieve speedy, ultraquiet focusing. This is particularly useful in video mode, providing much quieter focusing than the lens on our runner-up, the D3300.

Unfortunately, Nikon chose to reduce the power of the D3400's built-in flash, cut the panorama mode, and removed the automatic sensor-cleaning feature. If you need these features, check out our runner-up, the Nikon D3300.

Runner-up: A cheaper alternative without Bluetooth Our previous pick, the Nikon D3300, came close to remaining our top pick. It's got image quality that is second only to the D3400 according to DxOMark, a more powerful flash, built-in sensor cleaning, a mic jack, and panorama mode. What the D3300 lacks over the D3400 is Bluetooth, though you can buy an adapter to not only transfer images but to control the camera as well. The D3400 also has the benefit of the silent autofocus lens, which is one of its main selling points. If you think you're going to be shooting more video than still photography, or you're a budding filmmaker on a student budget, a good way to go would be the Canon EOS T5i. With a lens well-suited to videography, a tilting touchscreen, and compatibility with third-party firmware, there's a lot there for a video fans to like. That said, in terms of ease of use, battery life, and image quality, it still lags behind the D3400.

The T5i's primary strength is its swivel LCD touchscreen, a crucial feature to filmmaking. It lets you capture high- or low-angle shots while still being able to see the Live View feed on the LCD screen. The screen is also capable of touch focus—just tap on what you want to focus on. The T5i's STM lenses offer smooth, seamless autofocus during video recording. However, it lacks 1080/60p video recording, which the Nikon D3400 proudly flaunts. If you want to shoot 1080p natively on the T5i, you'll be stuck at 30 frames per second. The Pentax K-S1 has the same video and image quality as the K-S2 but a slightly different exterior and a couple of minor changes. Photo: Mike Perlman

For a photographer who already has some idea of what they're doing, the Pentax K-S2 outclasses the D3400 in many ways. It has a built-in stabilization system that will work with lenses dating back decades, as well as built-in Wi-Fi/NFC connectivity. The K-S2 has focus peaking and an anti-aliasing filter than can be disabled or enabled, features usually found only in more-expensive models. It has a renovated, completely weather-sealed external design with a front dial to improve handling and a tiltable, swivel LCD. Most important, the K-S2 produces beautiful still images.

Unfortunately, the K-S2's video quality is poor compared with that of the Nikon D3400 and Canon EOS T5i. With stabilization enabled, the video suffers from the dreaded jello effect, more professionally referred to as rolling shutter. With stabilization disabled, the shake can be dramatic. The Pentax K-S2 is also saddled with a more confusing menu system than the Nikon or Canon cameras we tested. And though the focus system is quick and accurate at times, it's super loud and occasionally gets stuck hunting.

In this article: cameras, canon, canoneost5i, d3400, dslr, eost5i, gear, k-s2, nikon, nikond3400, partner, pentax, pentaxk-s2, syndicated, thewirecutter, wirecutter
All products recommended by Engadget are selected by our editorial team, independent of our parent company. Some of our stories include affiliate links. If you buy something through one of these links, we may earn an affiliate commission.