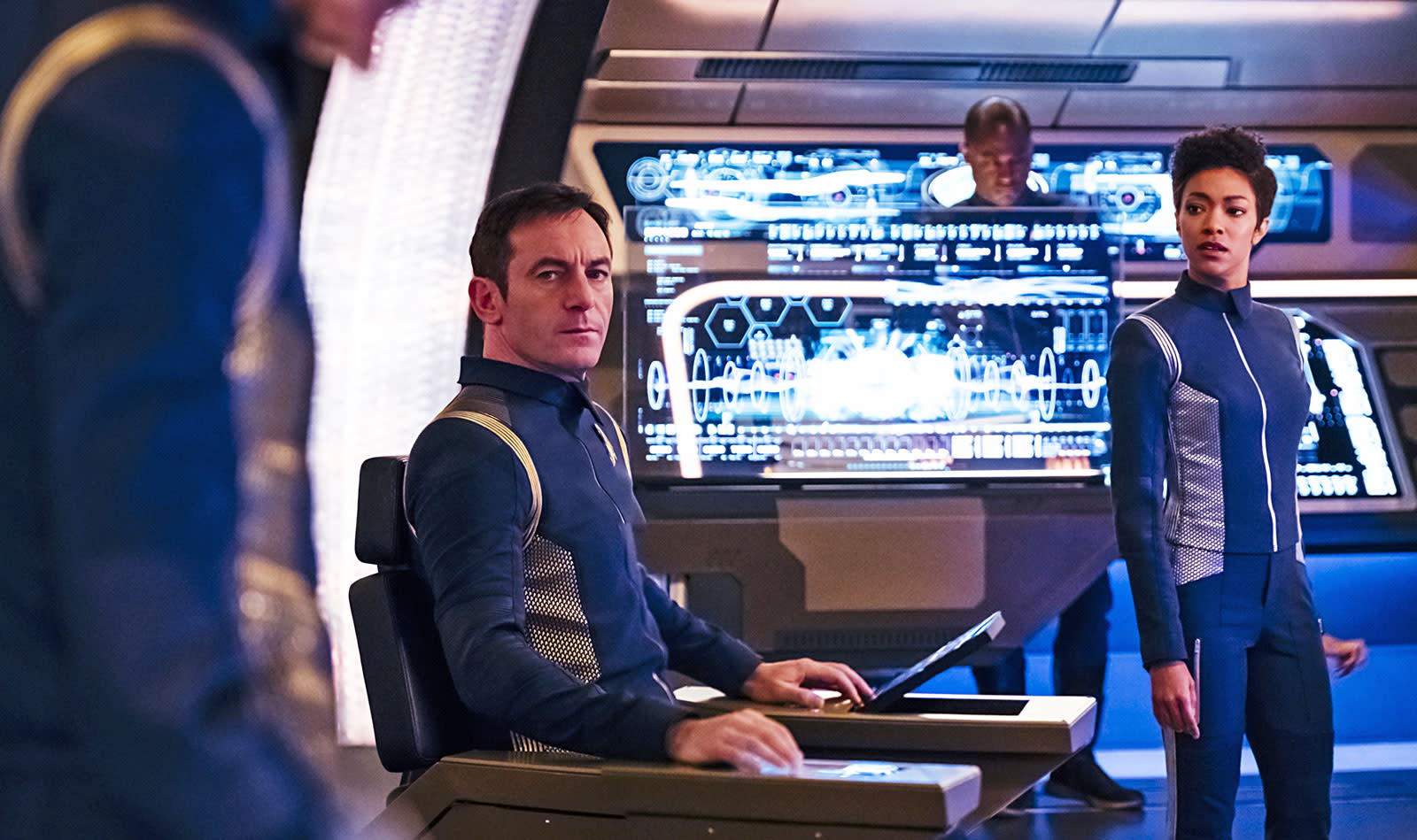 The experiment has been a success, because news has just dropped that CBS is renewing Star Trek: Discovery. The show, which was used as a tentpole to launch CBS' All Access streaming service, has been enough of a success to justify a second season of episodes. The move comes as a vote of confidence for both the show and its platform, since it has recently aired the sixth of its fifteen-episode first season. Now, a second run of Discovery will air, presumably at some point toward the back-half of 2018.

Discovery has certainly benefited from plenty of hype, since it's the first Trek show to air as a TV show since 2005. The pull of the Star Trek name was always going to be a draw, but it wasn't clear how much of a draw given the saga's lackluster popularity at the box office. CBS refused to offer numbers, but did boast that Discovery's debut lead to the highest number of sign-ups in the history of its All Access service.

The show itself was also plagued by pre-production woes, including the acrimonious departure of star producer Bryan Fuller. According to Entertainment Weekly, Fuller's replacements, Gretchen J. Berg and Aaron Harberts, are expected to remain in charge of the show for another year. Outside of Canada, the show will apparently remain on Netflix, since the official partnership account confirmed the renewal.

In this article: av, CBSAllAccess, entertainment, gear, internet, StarTrek, StarTrekDiscovery
All products recommended by Engadget are selected by our editorial team, independent of our parent company. Some of our stories include affiliate links. If you buy something through one of these links, we may earn an affiliate commission.