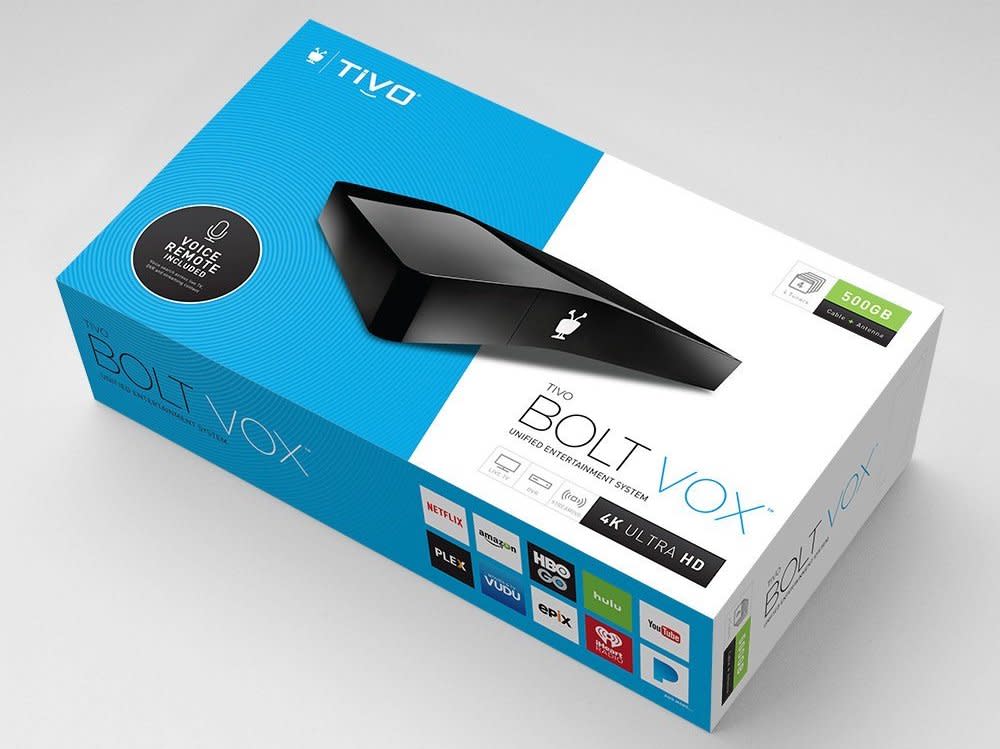 We've been looking forward to a voice-controlled TiVo for a few months thanks to a leak about a new peanut-style Bluetooth remote and trademark for new products with the "Vox" name appended. Now it appears that both the TiVo Bolt Vox and TIVo Mini Vox will soon be available for purchase. Originally posted on Twitter by Dave Zatz, the Bolt Vox was seen on Amazon (it has since disappeared) and the Mini Vox is still showing up on Best Buy's Magnolia page.

The Bolt Vox seems to be about the same size as the previous TiVo Bolt, while the Mini Vox looks similar in size to a Roku or Apple TV device. The images posted by Zatz also show the DVR company's new "Hydra" interface, which has been streamlined to have a more unified look across devices. Zatz also tweeted that the Vox remote will be sold as an accessory for existing Bolt units and will require the Hydra interface.

In this article: av, BoltVox, gear, hydra, MiniVox, TiVo, video, voicecontrol, Vox
All products recommended by Engadget are selected by our editorial team, independent of our parent company. Some of our stories include affiliate links. If you buy something through one of these links, we may earn an affiliate commission.