Amazon vs. Roku: Which $70 4K streaming device is best?

Streaming video boxes just aren't very exciting anymore. There, I said it. The Apple TV 4K was mostly intriguing because it dramatically lowered the price of 4K content. But most consumers don't need an expensive streaming box, since most TVs today have a decent selection of built-in apps. That's why I find cheaper portable video gadgets, like last year's Roku Stick, to be far more interesting. Now we've got two new contenders for $70: Amazon's new Fire TV, which looks more like a Chromecast dongle than a set-top box, and Roku's Streaming Stick+.

Both devices support 4K HDR video and give you access to all of the streaming apps you could want. Plus they integrate voice searching in useful ways. But, of course, there are some major differences between them. And it turns out, picking a winner isn't very easy.

Amazon's new Fire TV looks like a shrunken version of its last few models. It's meant to hang off your HDMI connection like the Chromecast Ultra. It's around twice as large as Google's dongle, but it's not heavy enough to stress and potentially break your HDMI port. While the new Fire TV is still boxy, Amazon smoothed out the (annoying) sharp corners from its earlier design. What we're left with is a much more refined product than the last Fire TV. 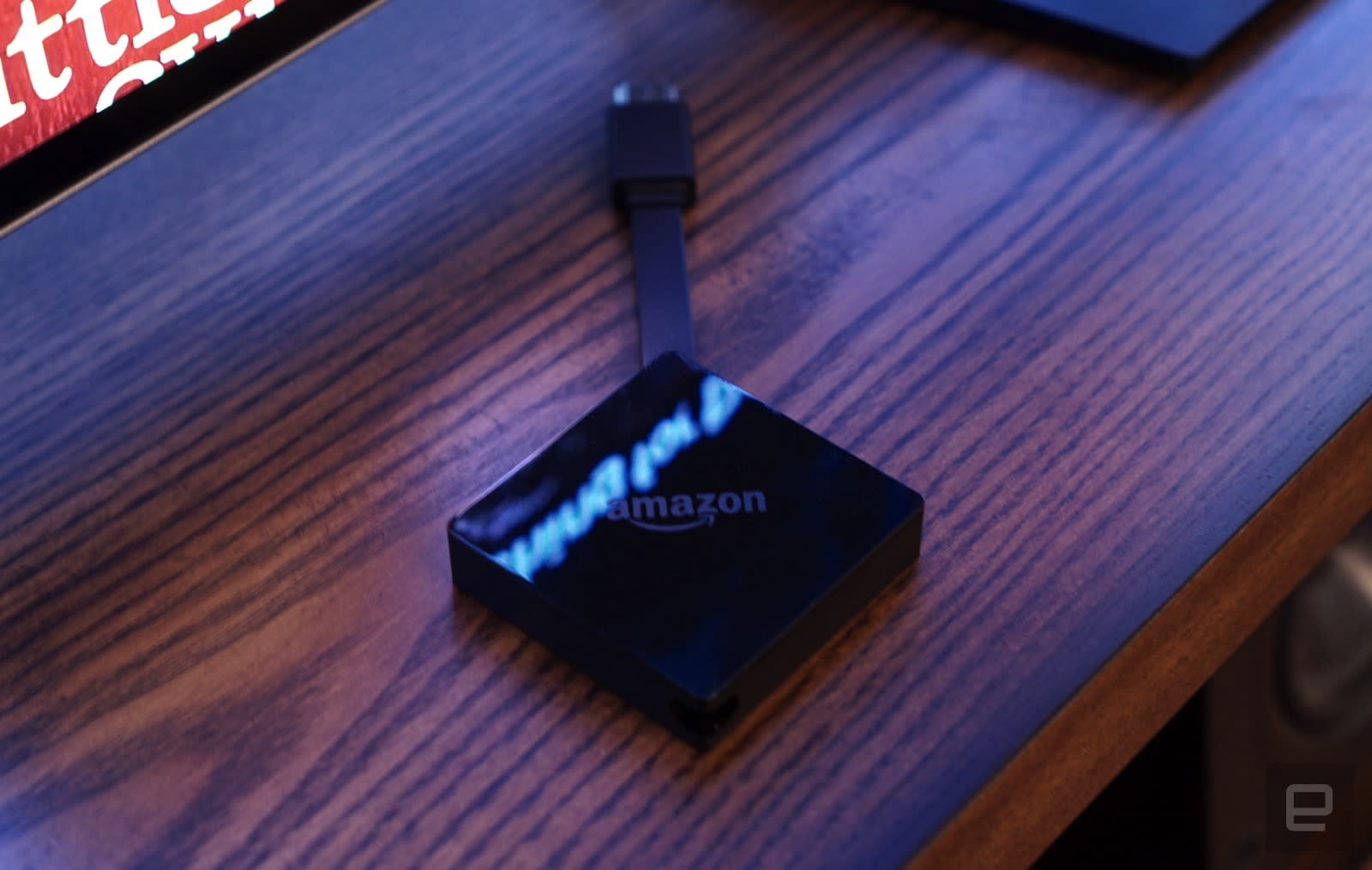 The Roku Stick+, on the other hand, looks like an oversized version of its cheaper Stick. It juts out further from your TV but still manages to feel impressively compact. Partially, because Roku separated the wireless antenna from its body. That now connects to the Stick+ via a mini-USB port (we don't see many of those anymore these days). It's a unique design, but it makes sense: By pushing the antenna away from the back of your TV, Roku is able to avoid wireless interference.

Both the Roku Stick+ and Fire TV plug into AC adapters via micro-USB cables. But if you've got a TV with USB ports, you can also power the Roku device off that. That's not foolproof, since some TVs don't deliver enough power to their USB connections (Roku helpfully points this out in its setup instructions). But it's worth a shot if you're trying to reduce cable clutter.

The Fire TV supports Dolby Atmos, a next-generation format that even the Apple TV 4K doesn't offer yet. The Roku Stick, meanwhile, only lists DTS as its distinguishing audio feature. Both devices will work with the ubiquitous Dolby Digital Plus surround format, of course. While I didn't find any titles using Dolby Atmos yet on the Fire TV, that still gives Amazon's device a slight leg up for audiophiles. 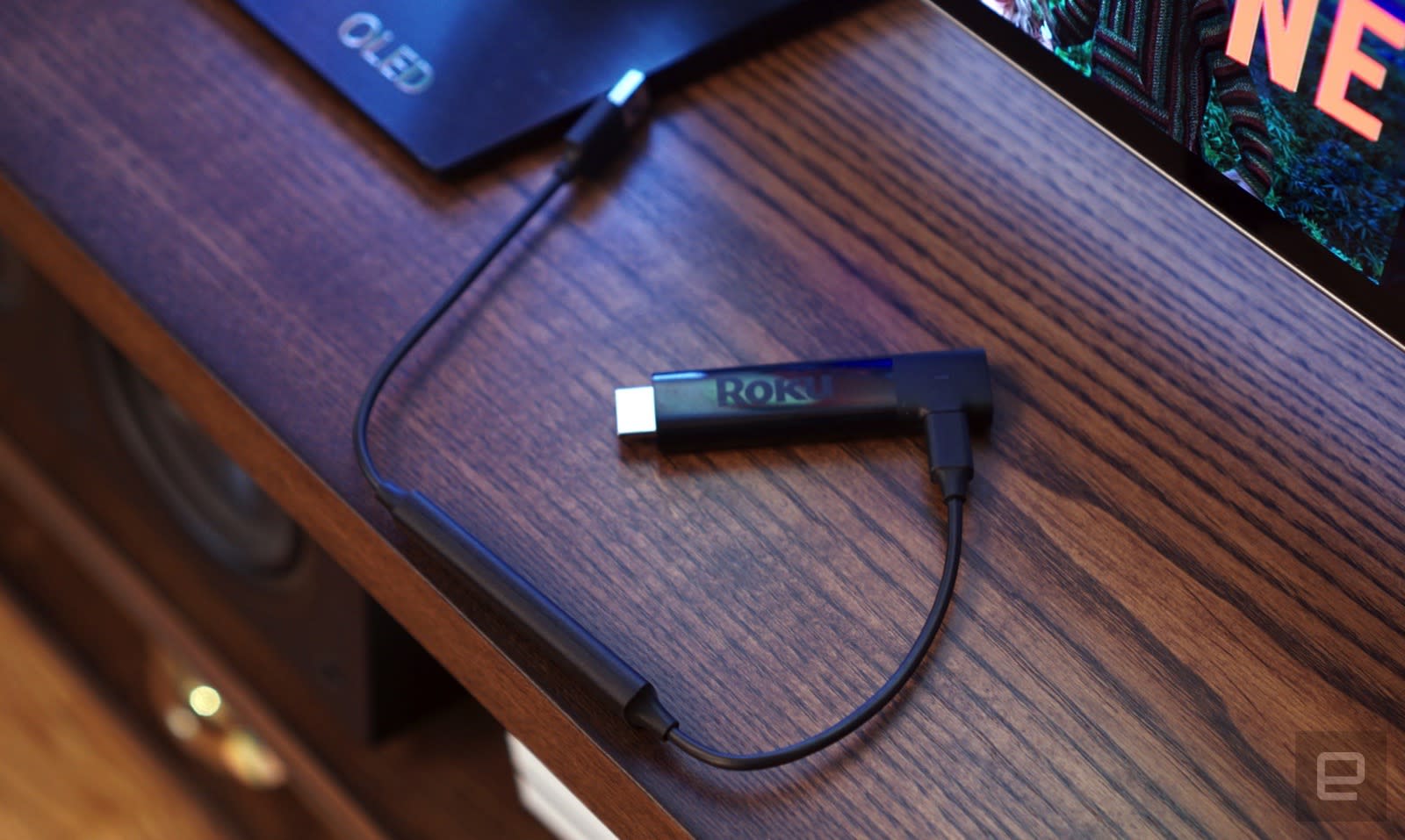 While these two devices feature some drastic design changes, their remotes are less exciting. The Fire TV's remote hasn't changed a bit from two years ago -- there's an Alexa voice command button prominently up top, a plastic directional control ring and the usual playback buttons. It still feels good in your hand, thanks to a slightly curved back, but I would have liked to see Amazon modernize it a bit. Similarly, the Roku Stick+ remote features the same basic design we've seen over the past few years -- except this time, there's a PlayStation Vue shortcut button on the front, instead of one for Sling TV. 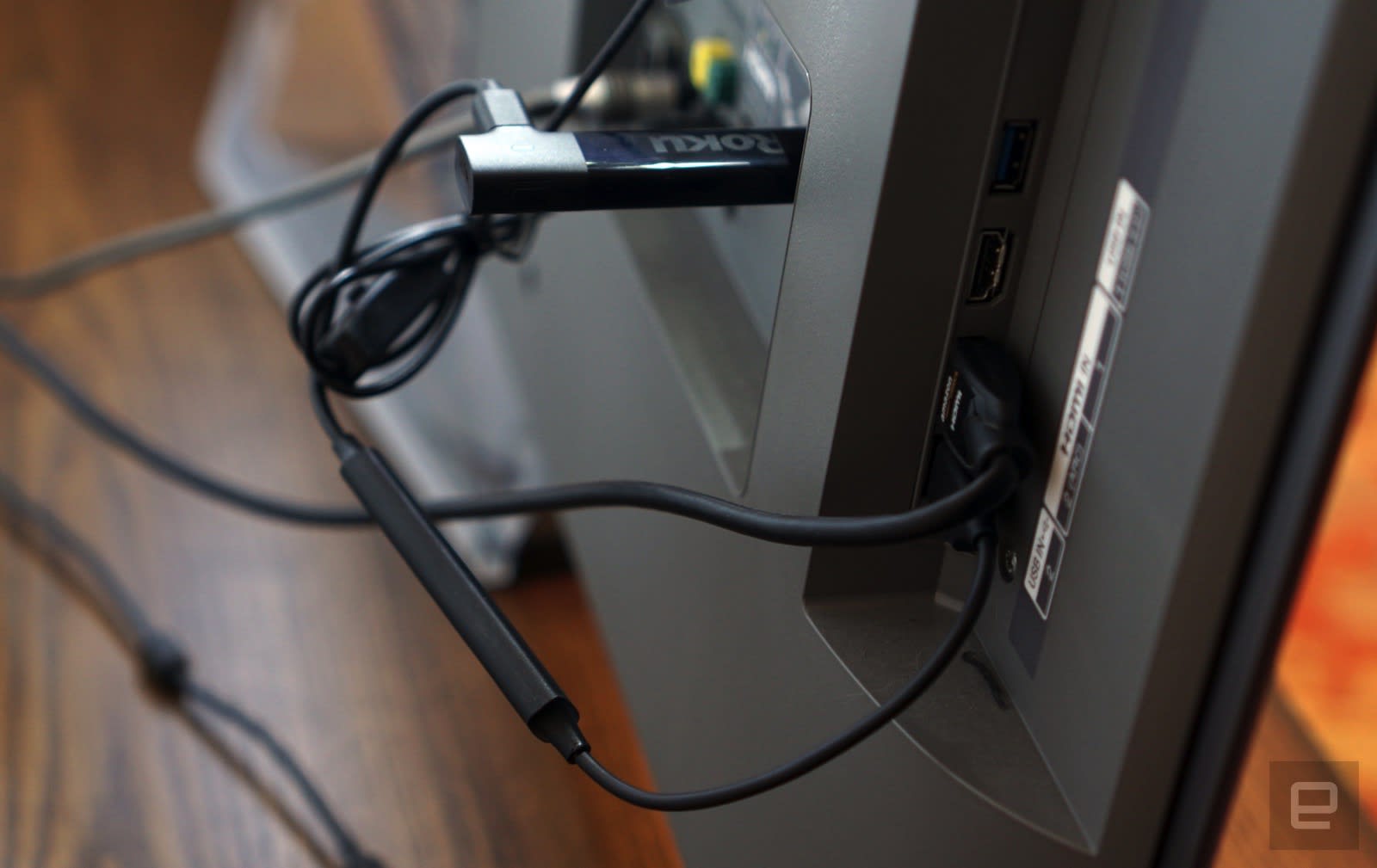 Since these are just streaming sticks and not complex set-top boxes, setup was relatively simple. The Roku Streaming Stick+ was particularly easy since I was able to power it from my TV's USB port. While its additional antenna cable makes it look a bit more complex, it wasn't that hard to figure out how to connect it all together. For the Fire TV, I had to clear out some room on my surge protector to fit its AC adapter, but otherwise there weren't any issues.

It's obvious Roku has a few years of experience on Amazon when it comes to designing a friendly setup. Roku's remote paired with the Stick+ as soon as it booted up, and it immediately prompted me to enter WiFi details. After that, I just had to enter the onscreen access code into Roku's site, using my phone to link the device to my account. If you're a first-time Roku user, you can also create an account from their mobile site. It's a nice way to avoid hunting and pecking at on-screen keys.

After I connected my account, the Roku Stick+ started adding all of my existing channels. The company's website also surfaced a few new channels to follow from my phone, and it let me quickly link to services like Amazon, Hulu and Sling. That was a big time saver compared to manually logging into all of these apps, as you would with most other devices. I still had to plug in my Netflix details when I first launched that app, unfortunately.

To set up the Fire TV, I added my WiFi details and Amazon account information. Then, out of nowhere, it played a 90-second introduction video that showed off how to use the Alexa voice search features in the remote, as well as how to find different apps. It's the sort of thing that could make less tech-savvy consumers feel more at ease with their new gadget, especially if they're unaware of the Fire TV's new features. The video also briefly showed off how to control your Fire TV from an Echo, which is shrewd since I imagine many of those smart-speaker owners would opt for Amazon's streaming dongle.

The differences between Amazon and Roku's streaming interfaces are really just a matter of taste. Roku's simple, menu-based system is incredibly fast and easy to navigate. But it's not exactly flashy. Amazon's Fire TV UI is a lot more extravagant, relying on large images and bright colors to point you to its many offerings. While I've long hoped Roku would revamp its UI, I ended up preferring it to Amazon's, which is a little confusing.

When it got down to actually watching video, though, there wasn't a huge difference between the Streaming Stick+ and Fire TV. Both ran Netflix without a hiccup. Even when it annoyingly started playing trailers automatically when I highlighted a movie. Daredevil loaded in around a second, even in 4K/HDR. The show looked as great as it does on my LG's built-in Netflix app and the Apple TV 4K. Hopping around to different portions of an episode took around three seconds on both devices, as well. 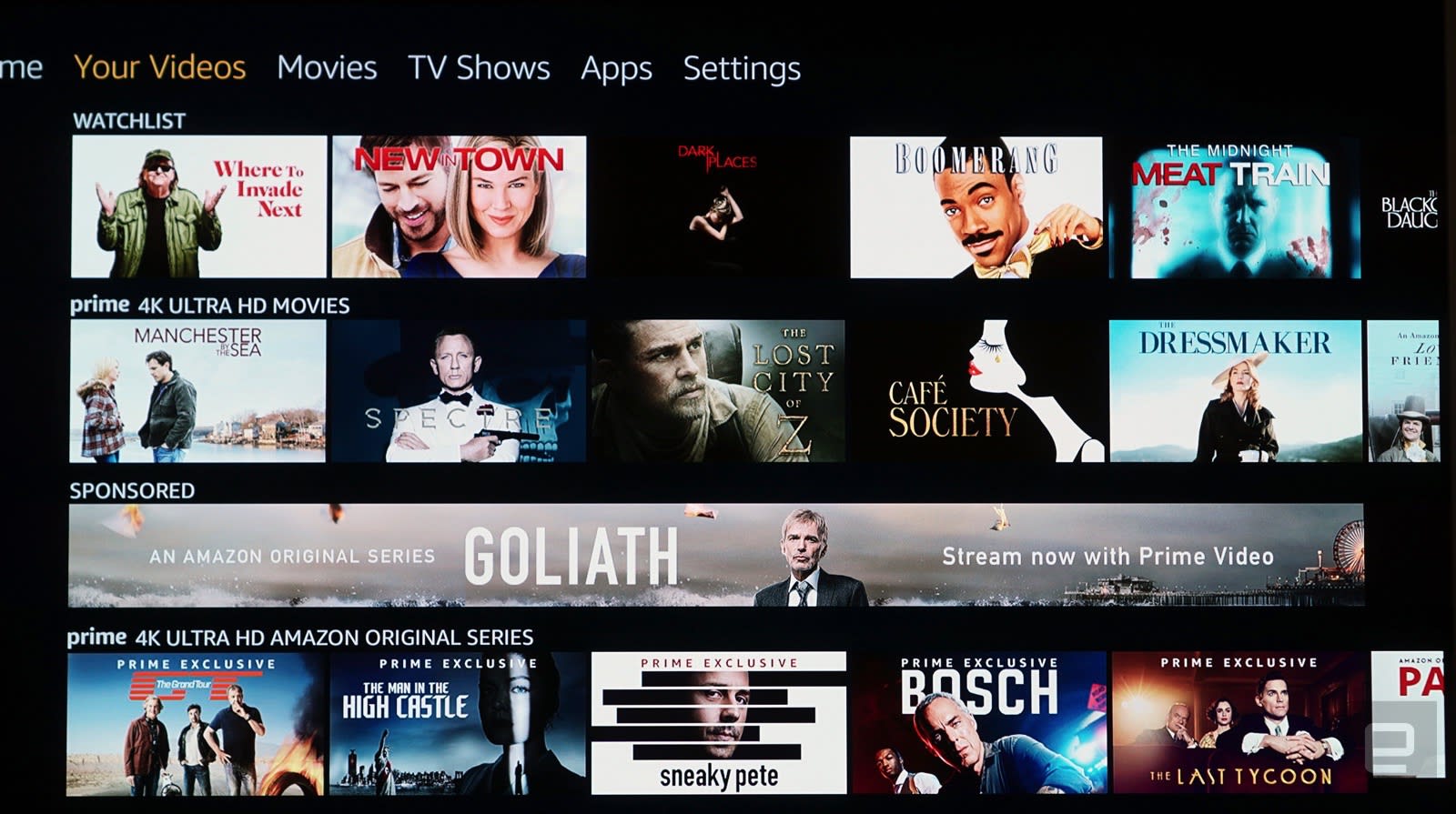 Surprisingly, they both performed about the same with Amazon Prime videos, too. Bosch loaded up almost instantly, and it took around five seconds before it crept up to full 4K/HDR resolution. Basically, we've reached the point where streaming boxes are at a performance standstill. These two devices, in particular, have fast processors and speedy networking that can handle 4K content with ease.

HDR was the big addition for the Fire TV, and both embraced the HDR10 standard. Dolby Vision, which Apple TV and Chromecast Ultra support, isn't included. That's not a huge deal since HDR10 is by far the more widely supported. But if you're lucky enough to have a TV that supports both formats, you're effectively robbing yourself of a slightly superior HDR experience by going with one of these dongles.

While Roku has a larger app ecosystem, both devices have all of the major streaming channels you'd actually care about. When it comes to renting 4K movies, though, Roku has an advantage since it supports Vudu, which has almost every new release. Amazon has a small selection of 4K titles, and notably some of them are available free to Prime Video subscribers. But they still have a long way to go before they can compete with Apple and Vudu.

The one area where Amazon wins out is in voice search, mostly because the Fire TV packs Alexa. You can search for content on both devices, but the Fire TV also lets you ask about the weather, simple facts or set up reminders. More importantly, it works together with other Alexa-enabled devices in your home. After I linked the Fire TV with my Alexa app, I just asked my Echo to "Play Bosch on my Fire TV," and the latest episode immediately popped up on my LG. You can also search for non-Amazon content via Alexa, but that won't play automatically, only show search results.

Roku's voice search is far more basic: It simply tells you where you can find specific movie titles, genres or films based on their actors or directors. It's useful, but not nearly as versatile as Fire TV's Alexa integration.

A big reason I recommended the last Roku Streaming Stick was portability. And while the Streaming Stick+ and Fire TV aren't nearly as small, they're still pretty easy to move around. If you travel a lot, though, and you're unsure about what your power situation will be, Roku's device has an edge since it can be powered just by some USB ports. I'd still pack the AC adapter to be safe, though. 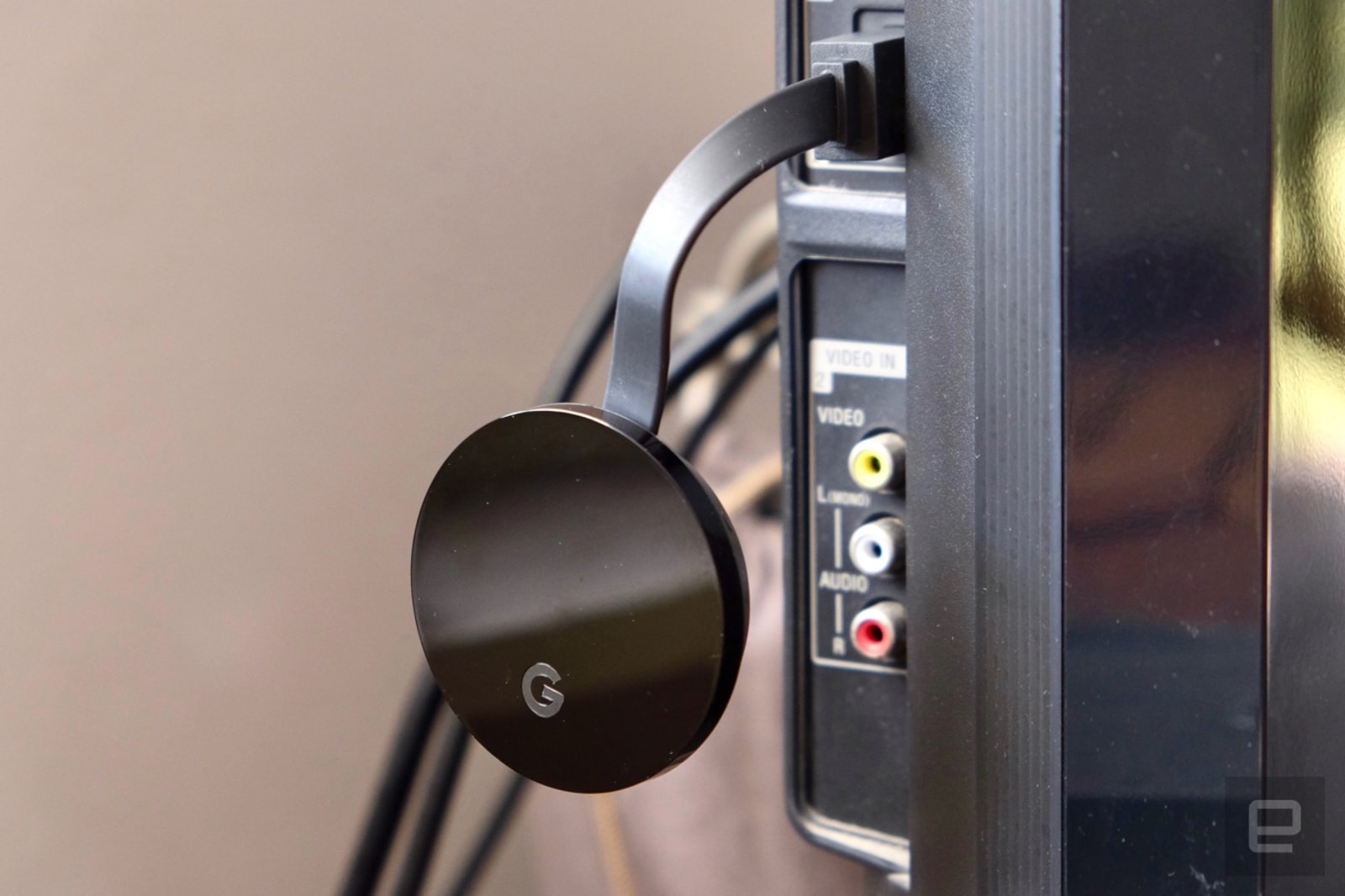 As I swapped between Roku and Amazon's $70 dongles over the past weekend, it was tough to come up with a clear favorite. The Streaming Stick+, with its fast interface and simple setup, packs in just about everything I'd want in a 4K/HDR streaming device. But I also appreciated the Fire TV's integration with Alexa, even though it didn't have as many 4K titles readily available. Ultimately, your choice between the two comes down to ecosystem. If you've got an Echo, the Fire TV makes the most sense.

And of course, they also compete with the $70 Chromecast Ultra. I really liked that Google device since it was a cheap path to 4K/HDR streaming. But now that there are full-fledged streaming gadgets at the same price, it's far less appealing. Personally, I'd rather have something self-contained with its own remote and interface. Casting content from my phone and computer is never as smooth.

If you're looking for something more advanced, the new $100 Roku Ultra is even faster and features an Ethernet port and support for USB storage. But you won't be gaining any significant features. And of course, there's the Apple TV 4K, which is basically the luxury choice at $179. I'd still recommend that if you're an iTunes user, simply because it's the easiest way to watch Apple's content on your TV. 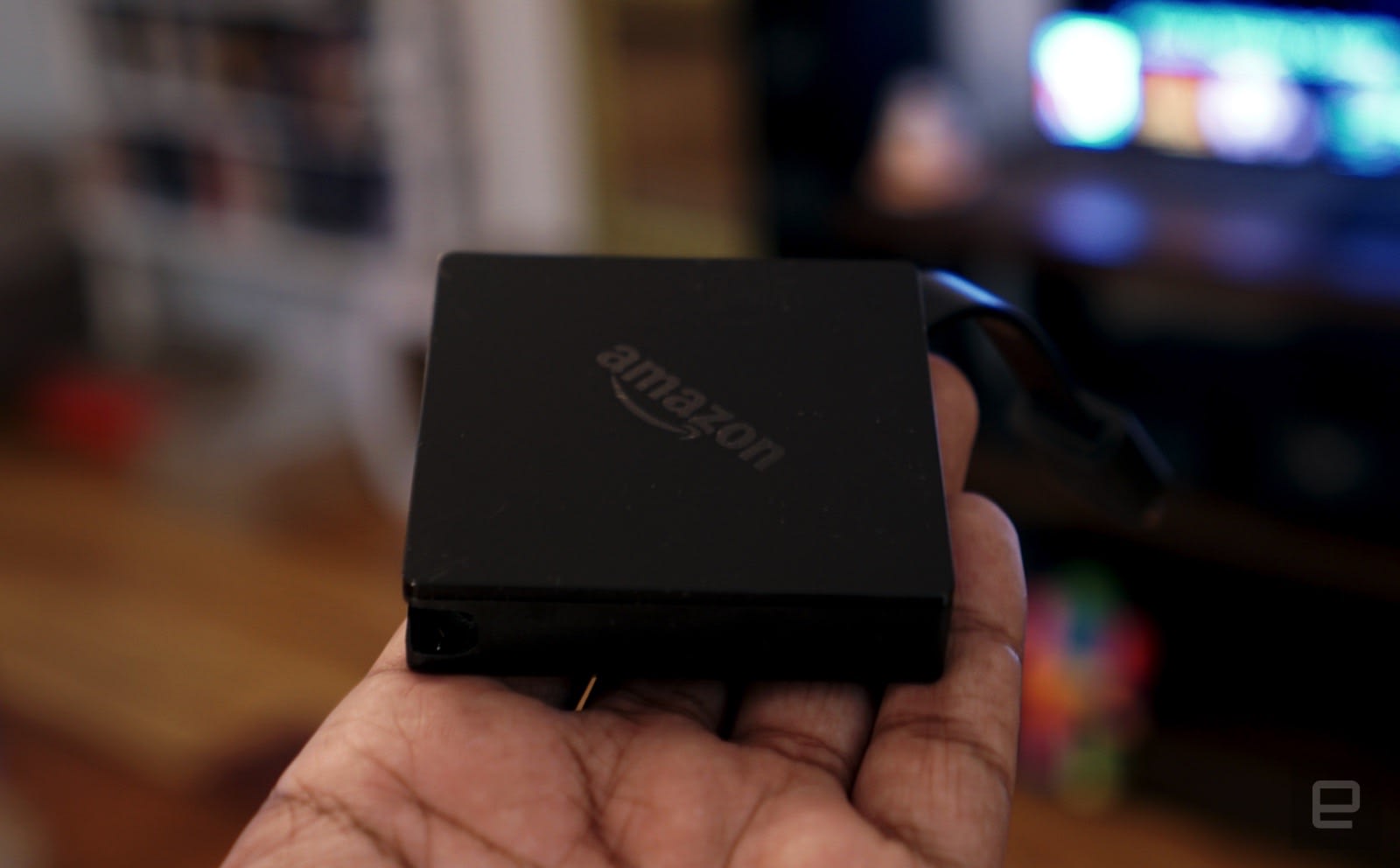 You can't really go wrong with either Roku's Streaming Stick+ or Amazon's new Fire TV. That's not a very exciting conclusion, I suppose, but it's where the streaming hardware market has been going. Everything is getting faster and cheaper, to the point where there's very little difference between the many options out there.