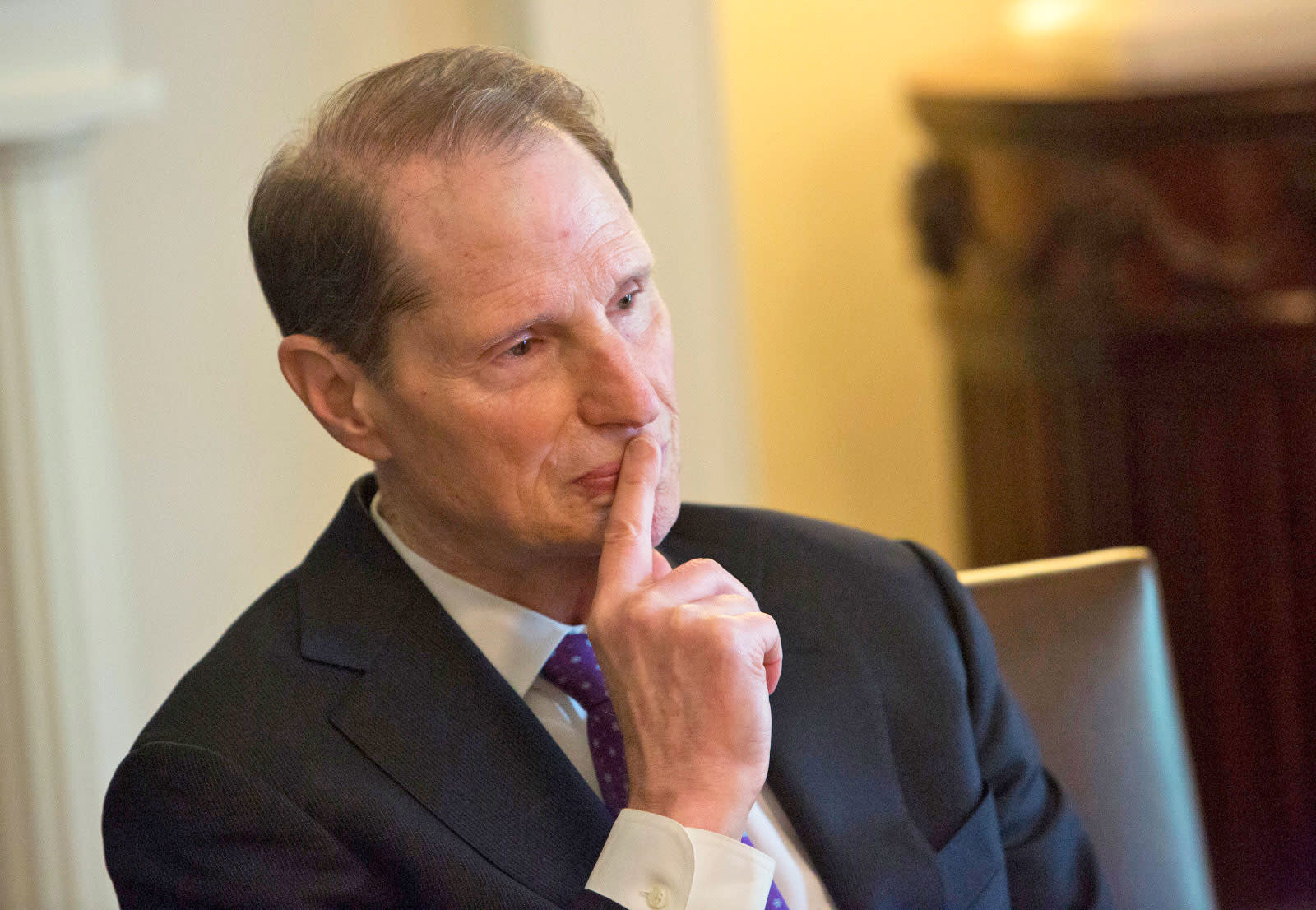 Eleven senators -- both Republican and Democrat -- introduced new legislation today that calls for substantial reforms to Section 702 of the Foreign Intelligence Surveillance Act, Reuters reports. Section 702 allows intelligence agencies to monitor the communications of foreign targets living outside of the US, but it also enables those agencies to collect information on US citizens if they happen to be in communication with the non citizens being monitored.

The section in question is set to expire at the end of the year and the proposed legislation -- the USA Rights Act -- led by Senators Ron Wyden and Rand Paul would renew it for four years while also requiring the National Security Agency (NSA) to get a warrant before searching through US citizens' communications. The act would also allow individuals to more easily challenge the law in court and give the Civil Liberties Oversight Board more oversight power. "Congress must not continue to allow our constitutional standard of 'innocent until proven guilty' to be twisted into 'If you have nothing to hide, you have nothing to fear.' The American people deserve better from their own government than to have their Internet activity swept up in warrantless, unlimited searches that ignore the Fourth Amendment," said Senator Rand Paul in a statement. Companion legislation was also introduced in the House of Representatives.

While this bill is bipartisan, Section 702 itself is quite contentious. In June, the Director of National Intelligence, the acting FBI Director, the Deputy Attorney General and the NSA Director asked the Senate Intelligence Committee to make Section 702 permanent. And on the other side of the issue, groups like the ACLU have expressed their concern over the sweeping allowances afforded by Section 702 as did 30 companies -- including Google, Facebook, Snap, Uber, Microsoft and Amazon -- who sent a letter to the House Judiciary Committee in May asking for increased oversight of the surveillance program as well as an effort to minimize its impact on individuals not suspected of wrongdoing.

In a statement about the proposed legislation, Representative Ted Poe said, "Americans' Fourth Amendment rights are at stake. Our bill protects individual freedoms while maintaining intelligence agencies the ability to continue to protect the United States. The days of government searching through Americans private data while skirting through back doors without a warrant must end." You can read a one-page summary of the USA Rights Act here, a full summary here and the entire bill here.

In this article: aclu, amazon, AttorneyGeneral, CivilLibertiesOversightBoard, facebook, fbi, fisa, FourthAmendment, gear, google, HouseJudiciaryCommittee, HouseOfRepresentatives, legislation, microsoft, nsa, politics, section702, security, senate, senateintelligencecomittee, snap, surveillance, uber
All products recommended by Engadget are selected by our editorial team, independent of our parent company. Some of our stories include affiliate links. If you buy something through one of these links, we may earn an affiliate commission.