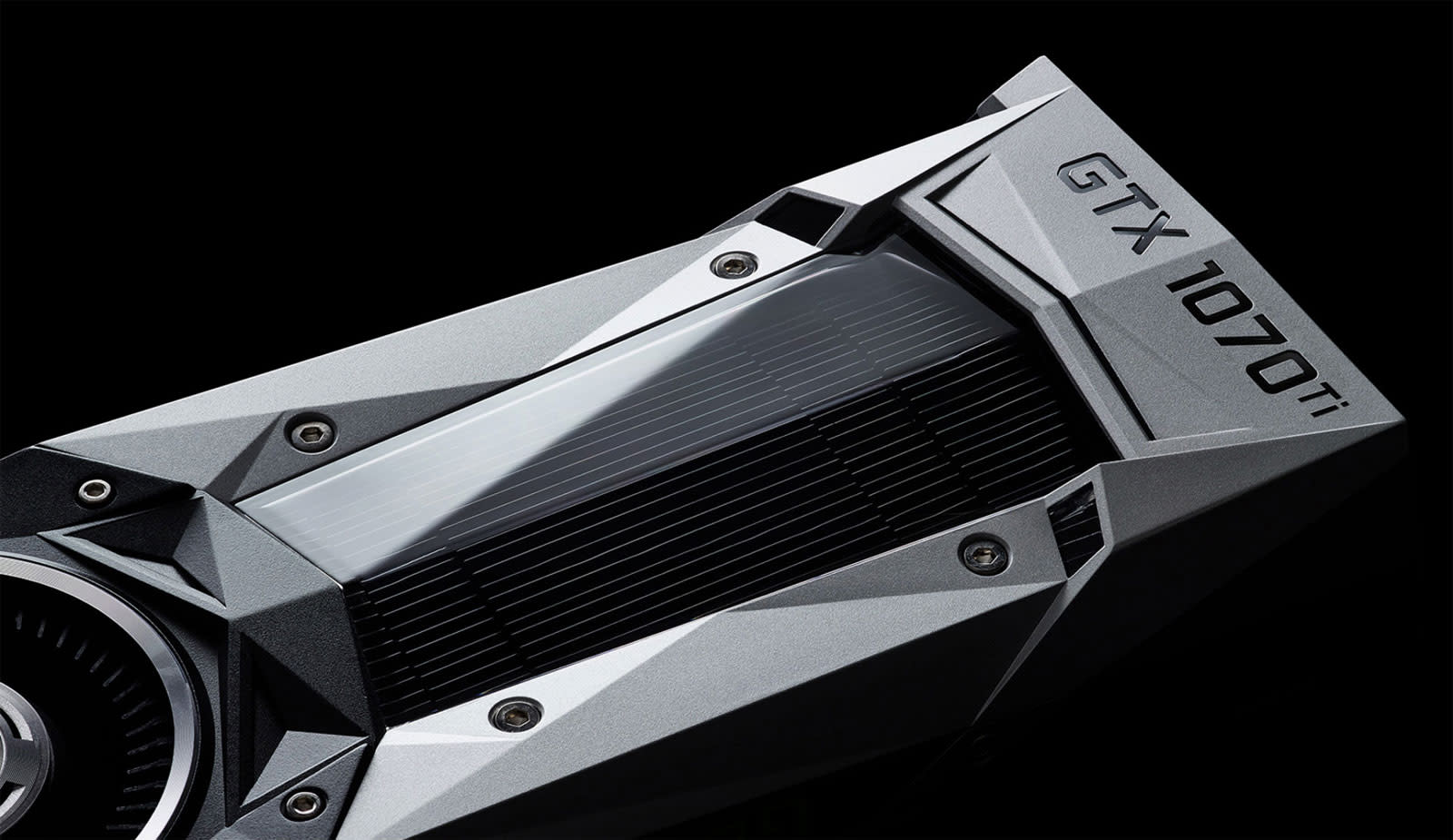 NVIDIA has largely been sitting pretty since the GeForce 10-series arrived and gave it a comfortable performance lead in the graphics realm, but things have changed: AMD's Vega cards are at least fast enough that you might consider them instead. Needless to say, NVIDIA isn't about to let that situation stand. It's launching the GeForce GTX 1070 Ti, a $449 upper mid-range card that could outperform the $399 Vega 56 and undercut the $499 Vega 64 on price. For all intents and purposes, it's very nearly as powerful as a GTX 1080: you have the same core clock speed as the pricier board, and only slight hits to the CUDA core count (2,432 vs. 2,560), texture units (152 vs. 160) and boost clock (1,683MHz vs. 1,733MHz). About the only major difference is that you're still limited to 'just' GDDR5 memory instead of the speedier GDDR5X on the 1080.

Pre-orders are starting today ahead of the November 2nd release, and it's notable that both the Founders Edition card and the official suggested retail price are the same. You're not necessarily paying extra to go with the first-party design this time around.

The real dilemma is whether or not it's worth springing for the 1070 Ti, at least those models that cling to the stock specifications. It's entirely possible to score an overclocked GTX 1070 for less than $400 if you play your cards right, and the Vega 56 (if you can find it; it's not as common) still packs quite a punch. The 1070 Ti is mostly alluring if you prefer NVIDIA hardware and want near-1080 speed without paying the well over $500 it typically costs to get a full-fledged 1080. With that said, keep an eye out for overclocked third-party boards that don't carry a significant premium -- those may hit the sweet spot and give you a reason to jump to the 1070 Ti instead of sticking to the regular 1070 or AMD's offerings.

In this article: gaming, gear, geforcegtx1070ti, gpu, graphicscard, gtx1070ti, nvidia, pascal, peripherals, personal computing, personalcomputing, videocard
All products recommended by Engadget are selected by our editorial team, independent of our parent company. Some of our stories include affiliate links. If you buy something through one of these links, we may earn an affiliate commission.